One of my favorite secret little “hacks” is using British Airways to redeem points for domestic fights via American Airlines. That’s because the airline uses a distance-based chart, making it possible to fly within the country for up to 64% less than the standard amount of miles to redeem a ticket.

Starting tonight at 7 p.m. EST (or otherwise, midnight April 28 in home of the Queen), British Airways is making some fundamental changes to Avios, because nothing is certain in life but death and taxes. Basically, in a nutshell, the airline, in addition to their current system, is adding peak and off-peak pricing. Travelers flying in economy won’t be affected at all. So it’s still possible to fly from Boston to Dublin just for 25,000 miles!

But it does affect high-falutin’ travelers. Boarding Area’s Deals We Like explains in greater detail with a screenshot of the new redemption tables: 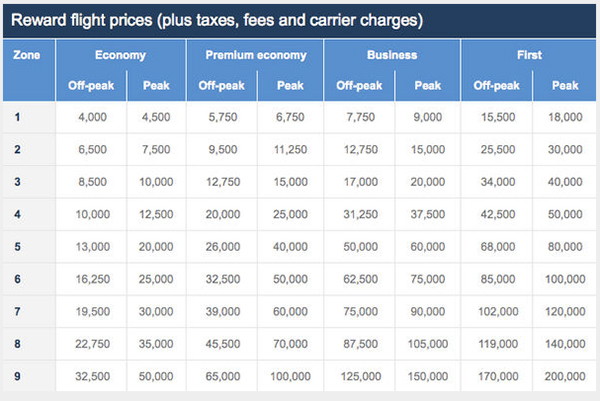 This is the new chart.

The award chart only affects flights that fall into Zone 4-9 for business class awards [and] all zones for first class awards… Since British Airways charges some hefty fuel surcharges on award tickets, typically the best value for their points are [on] partner airlines. Many of these partners have low taxes and fees and provide an amazing redemption with Avios.

I can definitely corroborate. A typical fee on an award ticket through Avios has only cost me $5-$11 in the past, even for next-to-last-minute tickets on American Airlines. Even better, there’s a little glitch re: British Airways and American Airlines allowing those that redeem to these points get priority access.

Just another reason to switch over to British Airways as the OneWorld airline of choice. Phew. Crisis briefly averted for now.