Who can resist the call of the open road, aka freedom? Just don’t forget about sexy things like international driving laws.

A friend of mine recently got back from a road trip through Bavaria — I mean, we’re talking rest stops with wooden chairs covered with fur throws facing the Alps and homemade chocolate and cheese here. It looked like a total dream. But that kind of trip, specifically a road trip abroad, takes some serious consideration and planning.

Research the best way to rent a car.

Money saved on car rentals is money that can be put toward a surprisingly tasty espresso at a surprisingly stylish Italian rest stop in Tuscany. (Surprising to me but unsurprising I guess because it is Italy, after all.)

Some of the best car rental sites for a good deal include Kayak and Fly.com. It was an important day when I realized they weren’t just for flights. In some situations, Chase Ultimate Rewards can also pull through with the winning deal, so don’t discount places like Costco or other car rental search sites either.

Once a car rental is booked, AutoSlash can track booked car rental rates, just in case the rate drops (for canceling and rebooking).

Sometimes I don’t want the car for a perfect round-trip loop. For that type of rental, luckily, there are one-way car rental discount codes. Also, avoid the car rental airport pickup because it’s almost always more expensive than picking it up in town or the city center. (Anywhere but the airport, really.)

Just be aware that rates may be different for different nationalities so the more the group resembles a United Colors of Benneton ad, the better chance you stand to save some moolah. (It was cheaper for an Australian to rent a car in Australian than an American and this phenom happens too in America.)

Driving in another country is a complete mental shift and can require more brain power than expected. Kilometers not miles? No big deal…until you’re mentally on autopilot, glance at the speedometer and realize you have no idea actually how fast you’re supposed to be going. (Shit.)

But what really requires some serious driving confidence and skill is to be able to drive on the opposite side of the road. Once upon a time my family rented a car for a two-week road trip through the U.K and managed to survive on the roads (even though our cholesterol I’m certain was through the roof after heaping, traditional English breakfasts errry day). But maneuvering the car wasn’t an easy task, for a few reasons. 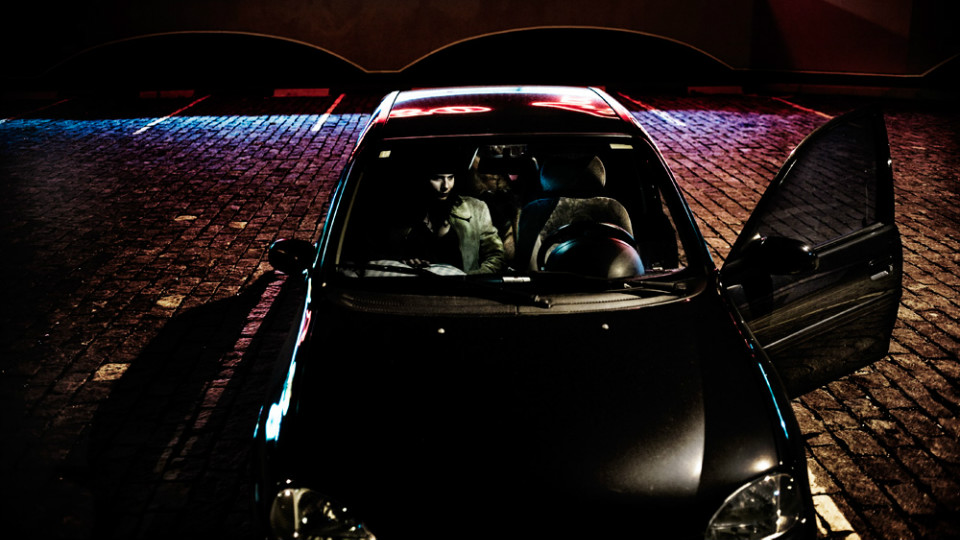 Though there was the obvious challenge of driving on the opposite of the road, everything in the car itself is flipped. More than a few times when we needed to stop, my dad would instinctually grab for the stick on the right (meaning wrong) side of the car. Roundabouts are also common in the U.K., which we often didn’t notice until we were on top of them.

Also, while automatic cars are the overwhelming majority of cars on the road in the U.S., stick shift is how most of the world drives. That means Americans have to make sure there’s an automatic rental car with our name on it or learn how to drive stick.

Check if you need an IDP (International Driving Permit).

Some places are good to go with your (valid) driver’s license from your home country, like Australia. In others, you’ll need an IDP, or International Driving Permit, which is really just an official document that translates your license, and that has to be done at home. You’ll want to find out at home whether whether an IDP is needed.

With great power comes great responsibility and liability. Trip insurance should cover the basics but it’s important to take the time to check you’re covered for anything else that might happen, including—and knock on wood none of this ever happens—hitting someone or getting your car stolen.

For the former, that’s when liability insurance is needed. And an important note: U.K. motorists in Europe generally only have accident insurance and therefore would be left carless and hopeless in the latter situation. CHECK THE LOCAL LAWS!

Reading fine print makes my eyes glaze over but it really is necessary. Don’t go crazy over-insuring, either. Many car rental sites will try to tack on some car insurance with online bookings but often there’s no need for that in the right circumstance. In fact, my friend learned only after resisting the website’s pressure to take their insurance that she wouldn’t have been covered by MasterCard had she taken it.

Get your phone ready.

It’s all about getting away and that usually means getting away from regular, reliable cell phone coverage. On a road trip that can be a lifeline (actual lifeline, not just to Facebook).

But there are ways to set things up to keep connected. T-Mobile has an international plan that’s almost enough to convince me to switch over and there’s also a trick for using Google Voice on your cellphone overseas. Another option is to take an unlocked cell and buy a local pay-as-you-go SIM card, which are usually pretty cheap and include data access. I personally need the comfort of a GPS-enabled map on my phone when I drive in unknown territory and that’s even possible to have offline. Sygic, Co-Pilot and Motion X all are top-rated maps for offline driving.

It’s always a great idea to have an atlas as backup. My friend found that GPS didn’t register at all on the tiny, offshoot German roads but the paper maps had it all. Even in the U.S., driving into small, mountainous towns can be a recipe for going it alone. Thus the need for having important phone numbers stored somewhere. (In Europe, it’s 112 for the police.)

Read up on local laws.

Playing the role of unaware foreigner is not a foolproof way out of a ticket — even if we are actually oblivious. Be well versed in the driving and auto laws because every country has its things; no one wants to be caught unaware. In France, for example, all cars are required by law to have a breathalyzer. These things, though, are easy to find out: just ask the person you happen to be renting the car from.