Seniors playing shuffleboard, bland buffets for every meal: It’s really, really easy to stereotype. But cruises can be a cost-efficient and sometimes, just sometimes, the most efficient way of getting off the grid. And you usually don’t have to worry about a single thing.

Cruises have their place in travel and I’m not just talking about the Caribbean, though let’s be real. Cruising through the cerulean waters are really beautiful. In many instances all roads to an ideal vacation can lead to a ship, and in my thrice-cruised opinion, could be worth seriously considering for an upcoming vacation.

With a cruise, you’re getting everything you need in one place. Transport, dining, lodging, entertainment — that vessel has it all. Because it’s all in one package, costs get bundled up nicely, too.

To add some context: In the first half of 2014, the average price a U.S. traveler paid per night for a hotel room was $137, according to Hotels.com. The average cost per passenger per day for a cruise in 2015 is projected to be $220, according to Cruise Market Watch. Broken down, that includes a ticket price of $168.43 and $53.57 in spending on board. So, for about $80 more per day (comparing that with the $137/night for a hotel) meals, drinks, entertainment and transport between destinations is included. Of course, it doesn’t even account for deals like this 10-nighter for $449, making it $44.9 per diem. Rates are usually based on double occupancy, though.

The closest comparable type of vacation would be the infamous all-inclusive resorts. Sandals Resorts, for example, touts their Grande Antigua Resort vacations start at $304 per person per night. That’s just the starting price. And you’re also stuck in one place.

Pick a cruise, get on board and let everything happen is pretty much how it goes. Everything is arranged. The biggest concern is really just making sure to be back on the cruise ship by call time (you know, in case you get stranded offshore), and the biggest decisions come down to choosing what to see, do or eat those days off the ship. And even then the cruise—they’ve done this all before, clearly—has boatloads (har, har) of options all set up for the picking.

Fun for all ages!

My extended family is talking about taking a trip in the coming year. We all love to travel and do it fairly frequently but we’ve never done it as a group. The age range, by the way, is two years old to 72 years old. What to do? A cruise has what it takes to keep us all entertained with kiddie care and “nightlife” (some bars, evening shows, you know) for example. It also permits us to travel rather than stay on one beach the whole time.

Be with your people.

While the average cruise casts a broad net to attract broad clientele—my extended family spans generations, case in point—cruises exist for pointed interests and demographics, too. Birds of a feather can cruise together, whether that’s singles, couples, families, seniors, gays and lesbians, fitness fanatics, foodies and so on. Cruise Critic has a whole search section dedicated to “cruise styles.” (Erica also wants me to point out there is a Backstreet Boys cruise. Alrightie!)

Because there’s a whole boat of people in happy, friendly vacation mode, there is plenty of opportunity to meet people. My parents, my sister and I all made friends on the cruises we took when I was younger. I swore mine were friends for life.

Sometimes it’s the only way. 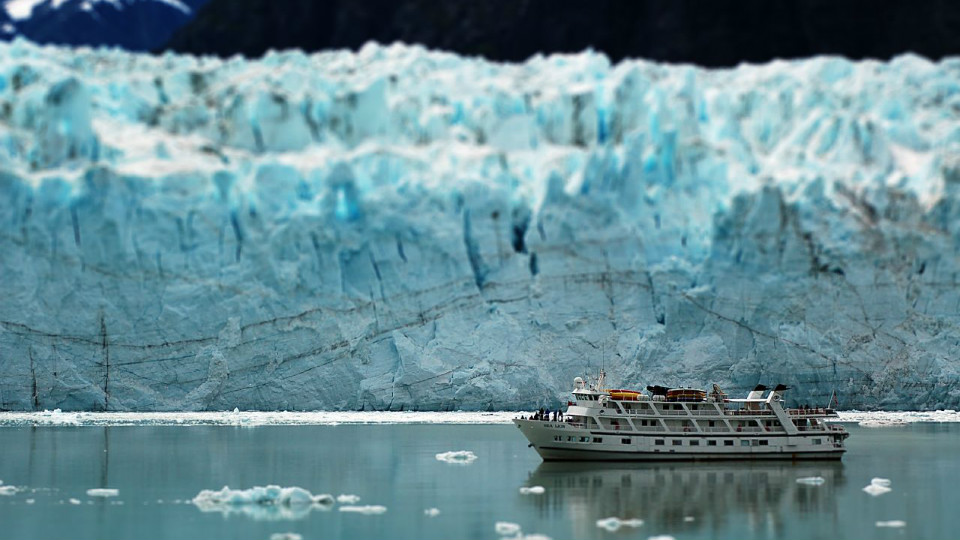 To get there. Take Antarctica, for one. There are very, very few commercial flights to the continent but if you’re going to make that bucket-list trek out there, you probably shouldn’t miss out on the journey via sea.

One of the cruises I took with my family was to Alaska. There would have been no other way, no other mode of transport, by which we could have seen that part of the world the way we did. We floated past glaciers in hues of whites and blues I had never before seen. I remember standing out on the deck and feeling the surroundings with my full senses, and it was spectacular.