So aside from buying a month’s worth of veggies and toilet paper at Costco, it’s also perfectly acceptable to use a Costco card to get through airport security. That membership just keeps paying for itself.

I guess it’s possible to bypass TSA security with other forms of ID but a Costco card truly takes the cake—or the rotisserie chicken—in this case. (I don’t know if thechicken was worth the stress.) But this past weekend, I found myself in an interesting problem: I couldn’t find my ID right before my Chicago flight. I seriously couldn’t. It was so close to my flight departure that I’d be screwed and miss my flight if I kept searching for it.

No weekend of deep-dish pizza for me.

Please! Now, I will do a lot of things for food and this is one of them. I did happen to remember, once ago, my sister lost her ID on a bus on the way to LGA and still managed to get on her flight. My passport, as luck would have it, was clear across town and take an additional two hours to get, which I wouldn’t have time to grab. So… I made the choice to go to LAX.

Before I arrived, I basically did everything possible to make sure everything else was perfect as possible. I checked in online, checked my PreCheck status—it made me feel kinda better I guess—put the appropriate liquids in a clear, quart-sized bag and was ready to pull my iPad out of my purse at a moment’s notice. I also decided to show up an hour earlier. (Then, my Uber driver negated this, taking his sweet, sweet time getting to the airport.)

This was going to take a lot more magic when I lost my passport abroad. Initially, I approached the PreCheck line and explained the problem to the agent. The agent then redirected me back to the normal line, where I’d have to go through security. The line was mega-long but a nice agent who realized my flight was leaving pretty soon put me in a shorter line. Then, the agent, after checking my Costco card and credit card, redirected me to another agent who escorted me to the front and did a full secondary screening and patdown on me. (I did happen to notice the security line specified a “picture ID” not a driver’s license so I felt a bit better.)

Then she sent me on my way. Man, I should really send Costco a thank you card. 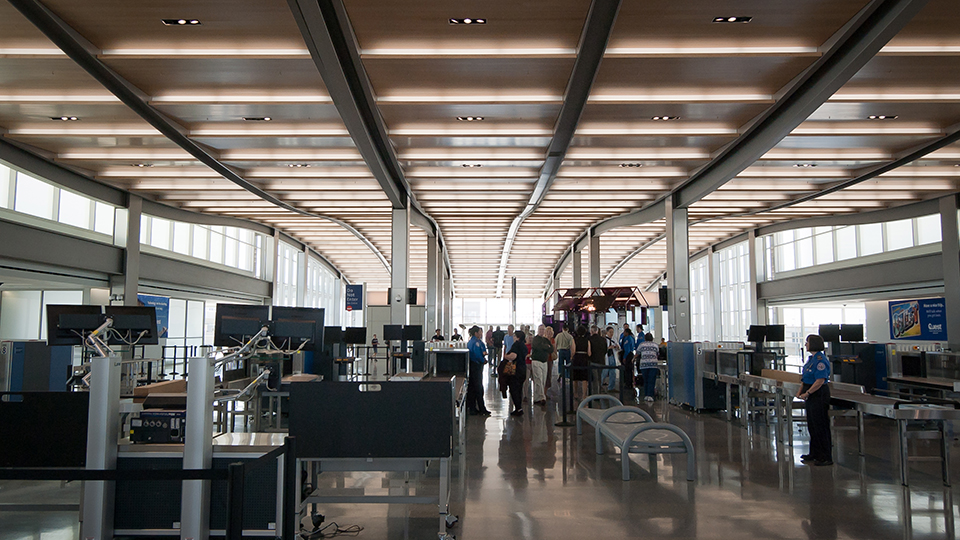 Frankly, I was a bit stressed. (John Pastor / Flickr)

I made my gate on time and Googled this once I actually reached Chicago. Turns out the whole thing is pretty kosher: Even the TSA states you can do this on their website.

You’ll be able to fly as long as you provide us with some information that will help us determine you are who you say you are. If you’re willing to provide some additional information, we have other means of substantiating your identity, such as using publicly available databases. If we can confirm your identity, you’ll be cleared to go through security and you may or may not have to go through some additional screening.

In fact, it looks like this guy also did it. And this guy did it! (And neither didn’t have to go through secondary to boot! But then again, I was flying out of the two busiest airports known to man.) In fact, writer Chris Peterson asked the TSA agent about how common the whole situation is:

I asked one of the TSA agents how often people forget their ID cards and she replied, “One or two times per day, it’s pretty common.”

I also ended up having to do this on the way back, having gone through it once, I explained the situation to the guy at ORD. The thing is, apparently, a Costco card technically counts as photo ID since it has a legal name and photo of the cardholder. To make sure things went smoothly as possible, I waved a few credit cards around. It turns out this is actually “sufficient information” to board a plane, except it would preclude a couple of things:

Guess where it turns out I left my ID? At Costco. And what do you need to check in to your hotel? An ID. It’s useful. So did you know you can also check-in at your hotel with a Costco card? Too bad it doesn’t quite work for grabbing a beer alongside a nice, toasty deep-dish pizza.

Beasts of burden no more: donkeys on the beach (li