It’s hard to think of South Africa without imagining a lush savannah of lions, elephants and giraffes meandering in the distance. But this country is so much more than safaris and the Circle of Life.

Many come to South Africa for the quinessential safari experience but it’s easy to see why this country is becoming a must-see. From the beautiful landscapes and amazing wildlife to the rich, vibrant culture and history, South Africa quickly became one of my favorite countries to visit.

From its colonial roots to its civil rights triumph, its history is a complicated one that chronicles the worst of colonialism, exploitation and racial divisions extending back to its Dutch roots. The end of Apartheid ushered in a new era: Today, the country is democratic and focused on equality amidst its perfect imperfections. Its fascinating history, impressive landscapes and warm people make the country a compelling visit for all travelers.

The main cities most tourists venture into are Cape Town, Johannesburg, Durban and Pretoria. Each offers its own cityscapes, culture and people, though Cape Town seems to captivate most visitors. From Table Mountain to Robben Island, there is an endless amount to see and do. Further past Cape Town’s borders, there is also what many call the Napa Valley of South Africa: Stellenbosch. Home to most amazing wineries and vineyards, the region is also home to the Stellenbosch University, one of the best universities in the country.

I left New York City in a blustery snowstorm and touched down in Johannesburg on a balmy morning, where it was summer on the opposite side of the world. In the air, there were the warm promises of something exciting, something different. 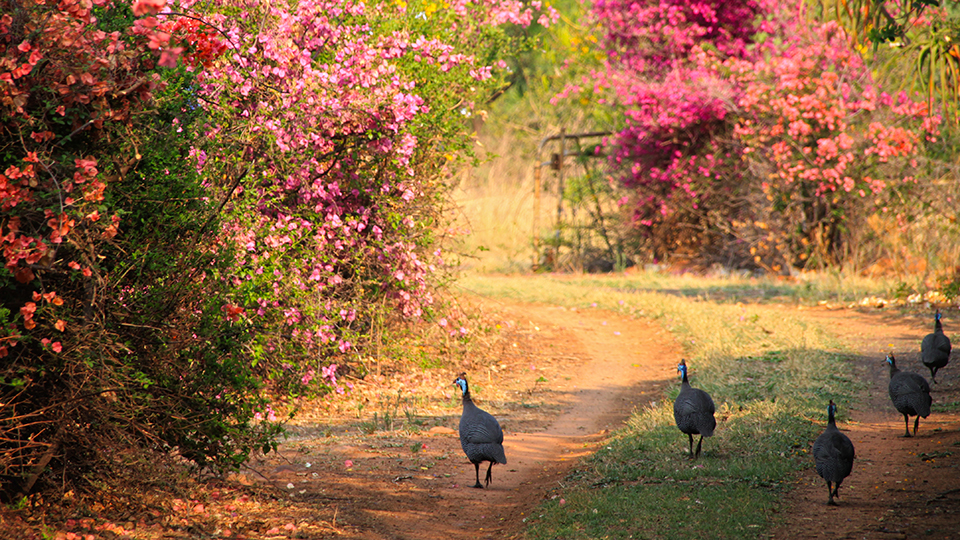 Looking at a list of the official languages in South Africa—11 in total—might seem overwhelming but fear not, English is spoken in major cities. The ten other languages spoken are unique to Africa, many originating in indignious tribal communities. For example, isiZulu (or Zulu) is the African Bantu language of the Zulu people and is actually the most widely spoken language in the country!

Different parts of the country will determine which native language travelers are more likely to run into. For instance, if you are visiting the Western Cape, Afrikaans, a variant of Dutch with influences from other European and African dialects, is most prevalent in that region. 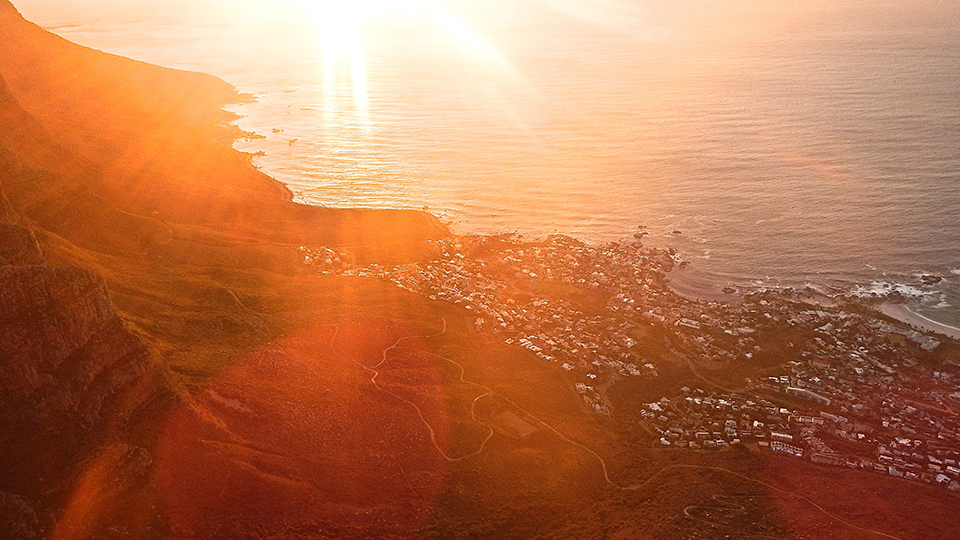 If you thought having 11 different languages was weird, wait until South Africa’s capitals. Because how could you have 11 official languages and only one capital? Drumroll: It has three different capitals. Yup. Three. Cape Town, Pretoria, and Bloemfonein. Talk about confusing! But to give travelers the lay (or law) of the land, Cape Town is the legislative capital, Pretoria is administrative capital and Bloemfonein is the judicial capital.

The country’s main airport is Johannesburg’s O.R. Tambo International Airport (JNB). For anyone traveling to southern Africa, JNB is the go-to making it the busiest airport in the entire continent. The airport is fourteen miles east of the city center and is easily accessible by public transporation or taxi — due to safety, I recommend a taxi or limo! Gautrain, however, does link Johannesburg, Pretoria, Ekhuruleni and the airport. It is known to be secure with lots of cameras and guards but baggage theft at the airport can still be an issue.

For those that wish to fly to Cape Town directly, Cape Town International Airport (CPT) provides a direct gateway to the coastal city with major carriers serving international and domestic routes from the airport. It is about 11 miles or 18 km (15 minutes via car) from the airport to the center of town. For direct flights to South Africa, American passengers must connect through Johannesburg first.

If you are an American citizen planning on staying in South Africa for less than 90 days, there’s no need to worry about a visa! South Africa’s Department for Home Affairs also has a full list of visa exempt countries if needed.

Having wheels is definitely the way to go in South Africa. Driving offers the best views, especially near Cape Town and is the safest option for visitors. Most major rental car companies are represented in South Africa with rental centers at major airports and city centers. South Africa accepts any valid driver’s license with photo and signature.

Renting a taxi or hiring a driver is also very common for out-of-towners. Most seasoned South African travelers recommend asking hotel concierges for a list of taxi numbers to ensure a safe ride home. Calling for a cab allows South African newbies a more reliable ride than hailing a taxi off the street.

Public transportation is popular in major cities like Johannesburg, Durban, and Cape Town but can be unsafe. Commuter trains and buses, especially, are known to be have high crome rates. The Metro Rail is unsafe around Johannesburg and Pretoria but suburban trains around Cape Town and Stellenbosch are less of a problem as long as travelers remain vigilant.

The trains themselves are also rather rundown so renting a car or traveling by taxi are definitely better options.

The South African rand (ZAR) is the official currency for the country. Denominations are often depicted with the symbol, R, in front of the amount. So $1 USD roughly translates to R14 depending on the currency exchange rate at the time. Like most countries, credit cards are accepted but to err on the safe side, bring cash.

Tipping is primarily practiced in larger cities. In restaurants, customers usually tip between 10%-20%.

South Africans don’t eat elephant or lion—come on, guys—but there are several unique items on the menu more commonly found here than anywhere else. Ostrich, kudu and beef are all part of the South African braai, or barbeque, and served alongside traditional corn dishes, potatoes and green beans. 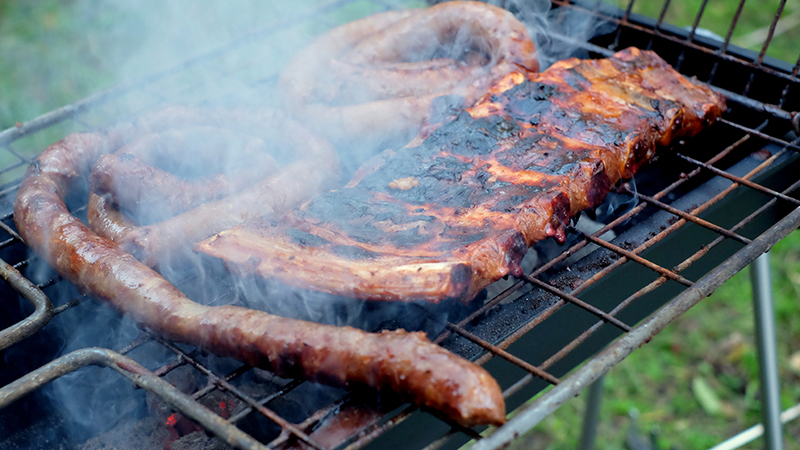 Biltong is another traditional and popular food in South Africa. But, don’t get too excited, biltong is just the South African version of jerky. Depending on the region, the types of biltong will vary. Meats like venison, beef and even ostrich are used to make biltong with varying types of spices and berries that are unique to each region.

Bobotie is another South African favorite. It’s practically the equivalent of a Shepherd’s Pie but with a twist. Spiced ground beef, lamb or pork is mixed with dried fruit, nuts, vegetables and then baked with an egg-based topping to create a flavorful, one-of-a-kind dish.

Lunch is typically eaten around 1 p.m. and dinner is served in the evening between 7 p.m. and 8 p.m. There isn’t much of a siesta time in major cities so shops usually stay open through the lunch hour. Businesses in smaller cities and more rural areas are more likely to close during lunch hours, so always ask around!

In major cities, tap water is fine to drink. If venturing to smaller communities, potable drinking water is harder to come by and many encourage drinking bottled water.

The country code is +27. The main mobile providers are Vodacom, Telkom, MTN and Cell C.

South Africa has a bad rap for its safety, especially concerning race and women. The country has become safer over the past decade but violent crime is still very prevalent. The majority of crimes committed against tourists are petty theft but tourists should still be very wary of traveling at night, especially alone. Most tourists fall prey to pickpocketing and ATM theft! Always be vigilant when taking out money of an ATM and try not to take out large amounts at once. 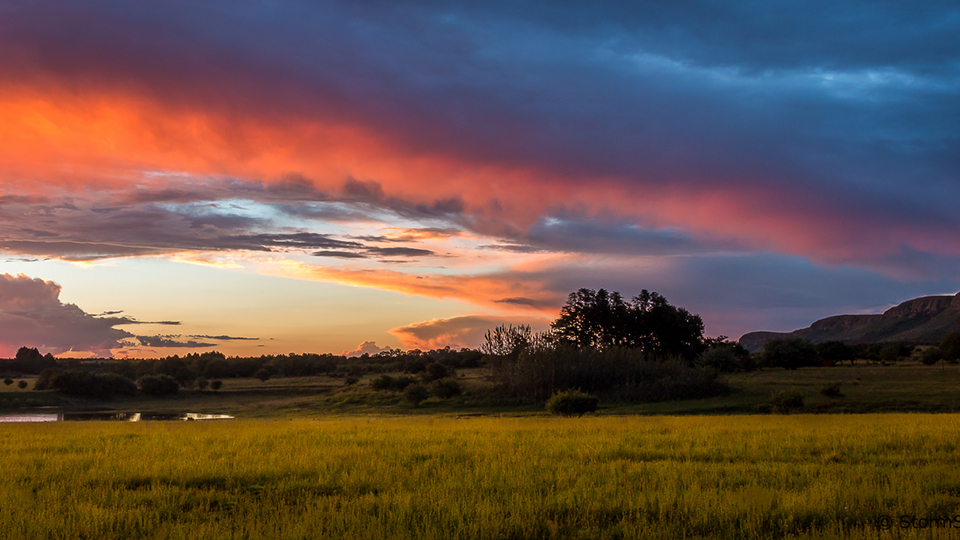 South Africa uses the Type M three-prong plug — three round pins in a triangular pattern (also common in Australia and Argentina). This plug is used in very few countries so make sure to double check before bringing it along!