Okay, the world didn’t blow up. American Airlines, the last of the old guard has finally relented and moved to a mileage program that doesn’t reward you for the time you are spending on their planes but how much you are spending with the airline.

There’s no question that the changes from American are uninspired and disappointing. There was a real opportunity for American to own the market for travelers who wanted to be rewarded for the flights they took. A business traveler that books a cheap ticket on the weekend for himself but has to pay a higher fare for a last-minute business flight is no less loyal to the airline.

But thankfully, there’s still hope in the form of Alaska Air. It might be the last North American airline left that awards miles based on distance flown. If you fly 50,000 miles you will still earn at least that many miles. I know what you’re thinking: but Alaska might change too! But Alaska is in an open battle for Seattle with Delta and would lose a major competitive advantage it now holds against Delta and other network carriers.

Not a traditional alliance setup

Alaska Air is kind of the the anti-alliance. They don’t subscribe to Star Alliance, Oneworld or SkyTeam. Traditional carriers like American and United rely on partners in other regions to carry passengers to places they want to go. Fortunately, Alaska Air seems to have partners in every alliance.

For instance, Alaska Air partners with SkyTeam airlines like KLM, Air France, Delta and Aeromexico as well as Oneworld partners like Qantas, British Airways and American Airlines. Fiji Air and Emirates are also partners which means those regular trips between L.A. to San Francisco could eventually earn a free trip to the Maldives. 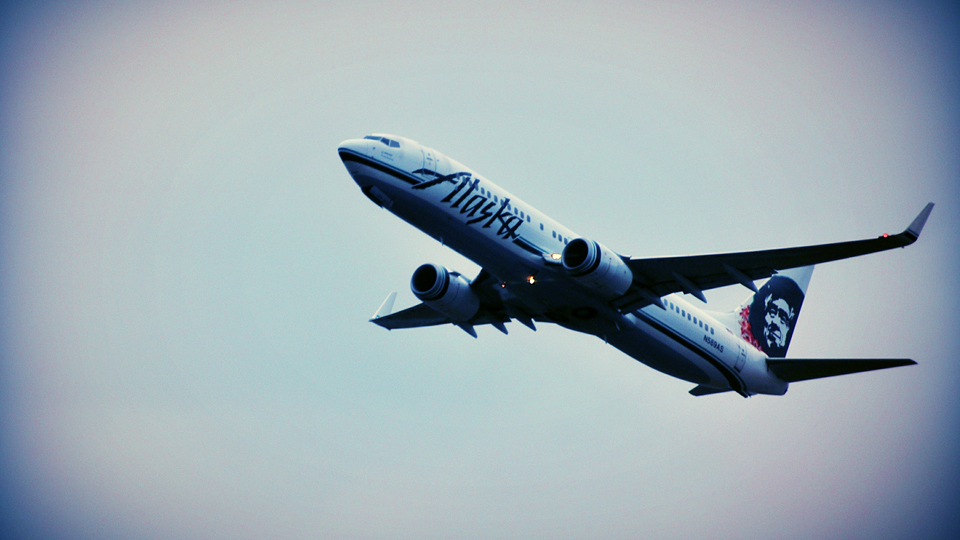 In terms of redemptions, the airline allows travelers to book one-way awards with a stopover. That means its entirely possible to book a one-way in first class on Emirates from Seattle to Dubai, stay for a few days and then head to Bangkok for the rest of the vacation. That’s a nice perk.

Travelers also aren’t pigeonholed to one airline or alliance. If all the flights on American and British Airways are booked for New Year’s Eve in London, there’s not a whole lot of options left. By using Alaska Mileage Plan miles you can still go by flying KLM, Air France or Delta.

Southwest’s Companion Pass is the next best thing

Southwest Airlines might not have a first class but once 110,000 points are earned in their program, the Companion Pass is the best deal in travel. The pass entitles travelers to name a companion who can travel with you (as long as there is a single seat available for them) for the cost of taxes. This applies to tickets booked using miles or cash tickets.

Southwest is definitely worth another look for those that mostly fly in the U.S. and the Caribbean. They offer direct flights in many markets and utilize smaller downtown airports in hubs like Chicago, Dallas and Houston. Their expanded network to Costa Rica, Belize, Aruba, Mexico, the Dominican Republic and many more (sunny) destinations makes Southwest a serious alternative.

Turkish Airlines is worth a look

Not planning on heading to Istanbul any time soon? That’s OK. Turkish has a very low threshold for top tier status and can allow flyers earning as few as 35,000 miles/year to access United Club lounges on coach tickets. They also have a fantastic network worldwide flying to more destinations than any other carrier and treat their customers like gold in Istanbul. It’s like going to Disneyland.

What about staying with American?

Status is getting easier but earning points for free flights is now harder. It’s an interesting conundrum: This means fewer upgrades and higher costs for award trips.

This clearly reward flyers who often buy expensive tickets. For example, American is the only airline to fly Pittsburgh to Philadelphia and they are able to charge $400-600 because no one else flies that route. It’s a measly 800 miles in the old system but could be as much as 3,000 miles in the new scheme.

One change is at least good: Flights less than 500 miles are only 7,500 miles to redeem one-way, compared to 12,500 miles before the changes. For short expensive flights like Pittsburgh to Philadelphia, New York to Toronto or Miami to the Bahamas, these short distance flights are a far better deal.

This program also does not effect earning miles outside of flying. Staying in hotels, shopping online and using their credit cards will still earn at the same rate.