This sponsored post is brought to you by DealRay.

I ain’t got no time to hunt for flights. Does anyone? There are tons of great places to search for airfare deals out there but, yo, time is money.

Founder Dan Kohn launched DealRay back in 2014 after spending a lot of time doing crazy mileage runs based off of mistake fares, but if anyone’s spent time in FlyerTalk’s Mileage Run forum, it’s not an easy place to understand, much less sort through. But I still want those $15 United tickets, dude.

The best part is that DealRay does all the work. Here are some of the really great deals I received over the past month:

DealRay: Hurry for $29 One-Way JetBlue Flights from 30+ Cities on Feb. 29; Includes Transcontinental Routes like NYC-LAX and Many More

DealRay: Round-Trip to Paris From $395-$421 or Less From NYC, Los Angeles, or Ft. Lauderdale from September to October on Norwegian

By default, members will receive all international DealRay alerts. Meaning that members will get alerts for all crazy flight deals, whether they’re geographically relevant or not. Thankfully, these options are adjustable.

That said, DealRay does have a beta feature that will allow users to set more geographically attractive options so they’re more relevant to travelers who don’t have time to buy an additional ticket and fly an extra leg just to get to Paris. (New York and Los Angeles, please!) 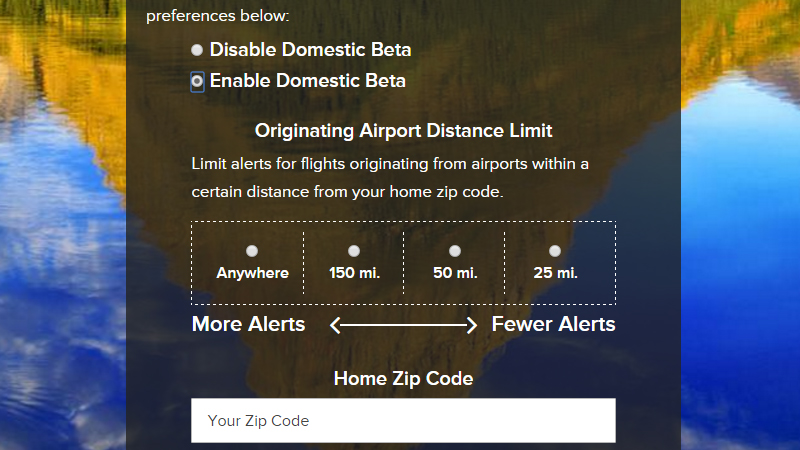 The main caveat with DealRay is that it doesn’t actively monitor specific city pairs, so if travelers are looking for flights between Dayton and Houston, they’re SOL.

This service doesn’t come free—it costs $9.99 per month to sign up—but Map Happy readers can sign up for DealRay and get the first two months free. (Typically it’s a one-month trial.)

Slightly worried that I would start getting frequent texts to add on to my ever-blinking notification bar (damn you phone), I took it for a test run. I was pleasantly surprised not only to see that they were actually delivering awesome deals, but that they were at a frequency that didn’t seem obtrusive.

Over the 30-day period of playing with over DealRay, I got six really great deals. (I turned off hotels, and set it specifically to look for deals from the New York metro region.) The cost may break the Netflix test, but if you end up nabbing a great deal, it’ll pay itself off with one flight.