…Because the realization slowly dawns as the planes turn up the engine, and there is a now-or-never moment and it’s kinda like that speak-now-or-forever-hold-your-peace kind of thing, so you hit the flight attendant button only to realize it’s extra super duper loud as f*ck as the engines rev up, while the entire plane turns around to stare at you. ✋

For better or for worse, here’s what you can expect to retrieve a lost item in the best case scenario, as I found out the hard way, when I left my laptop behind at LaGuardia. (Anecdotally, it would seem that laptops are especially prone to being left behind because they are pulled out for security frequently.)

Be prepared to go into a mess of epic proportions that may involve multiple parties. For instance, the airline, the airport, and TSA are all very different entities and it is very possible that the lost item could have gone into either parties’ possession, depending on where you left it, and there is simply no way to know who has it.

Even then, there seemed to be little follow up and more redirection, so I ended up following up with the PR representative of ALL people—um, thanks, Charles, for all of your help throughout the years—next to tweeting and DMing ferociously to the airline, which is when things seemed to really get done.

For the record, if you lose an item on Air Canada, Allegiant Travel, American Airlines, Sun Country Airlines and United, those five airlines outsource their lost and found to Chargerback, a third-party that handles all of these claims.

Traffic. Long PreCheck line. Extra screening. A closed plane door. Finally, one (reopened) plane door five minutes later, with very shaky hands, I placed my laptop down at the gate to scan the boarding pass. Because, when you’re running that late, who has time to repack electronics into your bag?

The point is, there are a lot of things that can go wrong during the travel process.

I get to my seat, which is occupied by people who should not be there. I spend time kicking them out of my seat, so its not until the engines start that the realization dawns on me that I’m missing something. 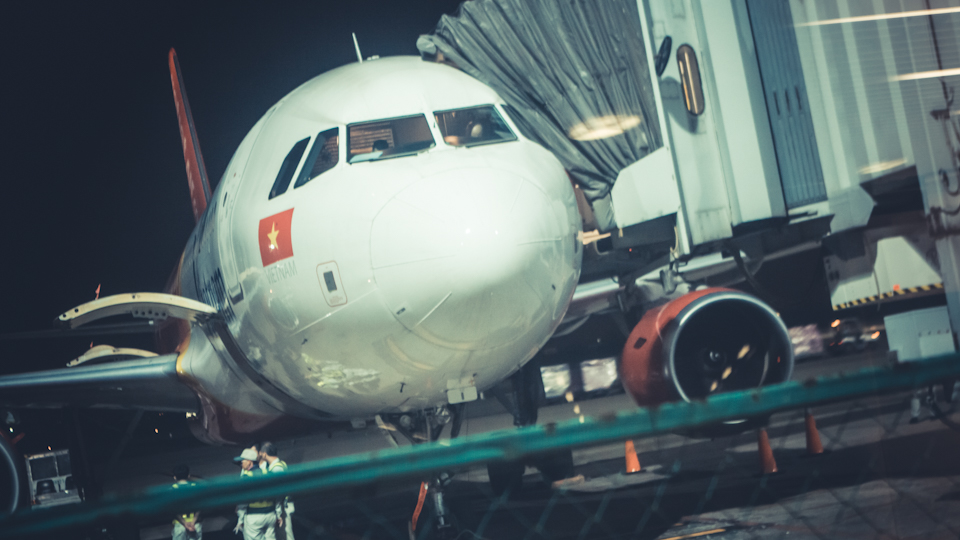 Did you leave it on the plane? (Jirka Matousek / Flickr)

Finally, after alerting the crew, they radio down to airport ground control, where the staff confirms my laptop has been found. It is now apparently in possession of the airport staff, which later turns out not to be the case. Flight crew from LGA-IAH  from gate C9, you guys rock, even though I passed on my information and the only information you could tell me was to file a claim online. I know you tried.

I call the airport lost and found number: No one picks up, nor is there a voicemail. I call the United Premier desk, which turns out to not be very helpful. There are not so nice tweets in a tone I wish I could retract sent to at United, with no results. The customer service desk at IAH finds the DIRECT line to the gate, at which point someone grabs my information. This seems to effect the most results later.

I spend the following day recovering from the flight, spending time with family, and not really expecting anyone to find anything because it is now officially the weekend.

I miss the call from United. They leave a voicemail, assuring me that they have my laptop and to file a claim online with Chargerback. Erica does this, because Erica wants her laptop back ASAP.

Erica does not hear back. Erica checks Chargerback religiously, which promises results in 24-72 hours, or some type of status update. Erica contacts the PR person, asking what is ☝️—it’s been almost a week almost at this point—and tweets again at the airline. Erica continues to write in the third person, because Erica is going mental from being separated from her laptop.

It at this point that Erica discovers that United has no record of the claim. Erica files another claim. The United Twitter people, or ^JB, whoever that is, says that the airport and airline claim are two separate claims.

Erica receives multiple calls from the lady at United, who is all like, yo I have your laptop sitting right in front of me it opens up to your name, and goes ahead and files another claim for Erica. Erica receives a new magical claim number saying that the laptop has been found. 💩

Once the lost item has (hopefully) been found.

There is a lot of variation on how a lost item will be returned depending on the airline, but it will be some variation of the process that we had to go through.

In our case, we had a few choices:

Now ladies and gentleman, please give thanks to United for forcing us to write half of this article on our phone, hence the gratuitous use of emojis. 👏 (but really, thanks, for finding the laptop.)

File three lost and found reports, with the airline, airport, and TSA, since all of those places can end up with the lost item. This will help you figure out who actually has it and saves time across the board. Keep calling, and definitely keep tweeting at the airline.

Once the item is found, it can be shipped back at your expense, be held, or have someone pick it up for you.