For the record, all the pictured items above cost $23.86 in total. Here’s how to suit up for the road on a ridiculous, nothing budget—with style.

Most people simply don’t know where to look, but to make it easy, here’s a couple of stores to check for that off-rack, value buy that won’t make you question the purchase. These guys make Amazon look expensive.

The stores listed are all foreign brands that have a limited presence in the U.S. but if you do happen to be dropping by a city that has a few stores, make sure there’s space in that suitcase left to haul back. (Or chuck what you’re using, and use it on the way back.)

Better yet, most of these items don’t have obnoxious branding, come in immature patterns, or are so flimsy that the next stop is the bin. Though the items are cheap, we are loathe to use that word, because cheap in quality for the price they are not.

Get a great deal, match things with that suitcase. Win win.

In the above picture, the haul consisted of eight items for $23.86. This included a set of travel utensils, earplugs, a fanny pak (they’re back in), travel slippers, a long passport holder for organizing ticket stubs, passports, and cards, a luggage strap, toiletry bag and headphones.

Things to note: The luggage strap not only attaches bag to a luggage handle but helps travelers identify their bag. The toiletry bag seems to be particularly dope because it has a silicone interior that would make it easy to clean spilled liquids. Men’s toiletry bags were also available.

The headphones are surprisingly great. Though they lack slightly on the bass, they function 70% as well and are 40% cheaper than the popular Panasonic RP-HJE120 headphones on Amazon. It also includes a mic and button for answering/hanging up phone calls, and skipping songs. Great for emergencies.

Prices are without tax. 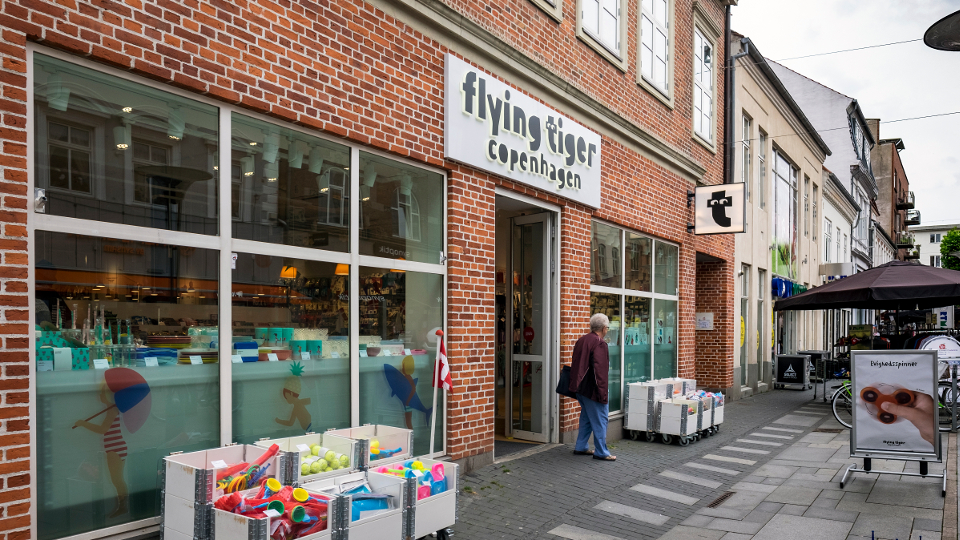 This Danish version of IKEA is sort of like another version of IKEA, except it doesn’t really sell furniture and seems to be much easier to get to an IKEA. IKEA always seems to take up the entire day.

Flying Tiger Copenhagen focuses on random knickknacks, even if the designs seem to always err on the family-friendly side, though the basics can still be had in more adult designs. Some of our favorites have included a travel journal ($3) and a miniature umbrella ($6) that has come in handy on the road.

In case there’s any buyer’s remorse, items are relegated to a two week (14 days) return policy.

Outside Europe and in America, Flying Tiger Copenhagen has the biggest presence in New York.

Due to the exchange rate and fluctuating yen, not everything is a buck. Thanks to initial rate when Daiso first opened its door in the U.S., the base price for most items is $1.50. That’s definitely a price that’s palatable and will fit in most budgets. 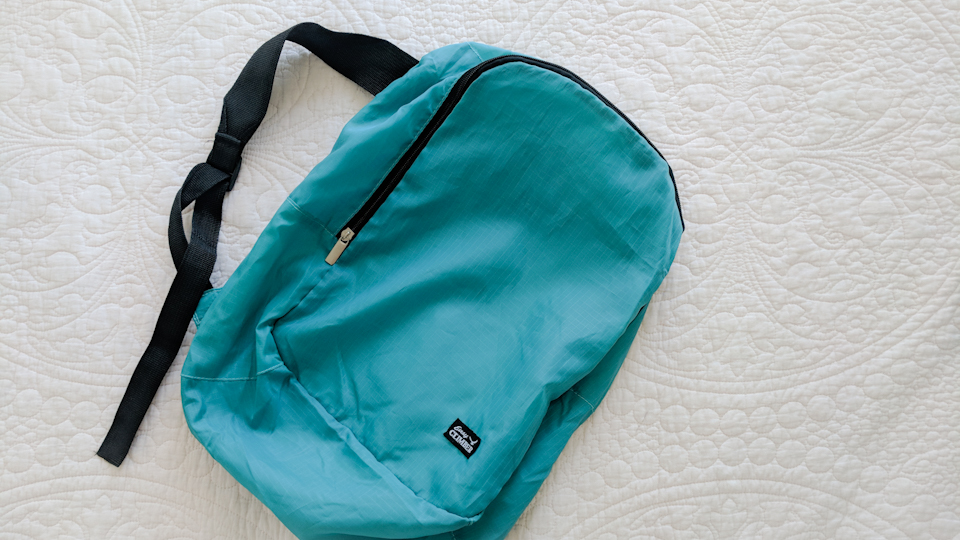 (The above-pictured backpack isn’t as great as the REI Stuff Travel Daypack but the latter doesn’t hold a candle to this bargain version in terms of value. The Daiso pack also pretty much has the same functionality as the Summit Ultra-Sil Day Pack we saw a few years ago, at literally 1/10th of the cost. The Daiso doesn’t fold up intuitively—it has to be rolled, folded up in thirds and then secured to be reduced to the size of this power pack but it does an amazing job for the price.)

For the most part, everything is almost entirely functional and generally not horrendous (its kinda hard to go wrong at $1.50). For that price, even the cheapest cheapo can eat the cost. For the record: Everything is final sale.

Locations are pretty much relegated to California, Texas and Washington outside Asia. But if you’re making a pit stop to any of these places, keep those suitcases empty.

Now if things at the $1.50-level don’t suit, you’re always welcome to kick it up a notch. Miniso is like a slightly higher-end Daiso, right before it hits Uniqlo and Muji-level prices.

It’s not quite clear if Miniso is a joint Japanese-Chinese company, but at any rate, count us in as a fan. Out of the three, its our favorite, and most buys can still be had for around $5 and under. (It’s particularly rare for something to hit the double digits here!)

In terms of aesthetics and quality, Miniso seems to hit the sweet spot best with its fresh, clean and minimalistic designs.

The travel gear and, in particular, the toiletry bags (around $3-4) seem particularly well thought-out, but truthfully, we’re completely stocked up at this point. Other than that, it’s a great place to bulk up on headphones (starting at $5), cords (around $2), and power banks (starting at $8).

They have a slightly more generous return policy than Daiso, and allow returns within seven days.

Miniso is mostly located in southern California but seems to be making a huge expansion push. There are also locations in the usual suspects like Canada, Japan, and Australia but they even have a presence in more offbeat places like Mexico, Nepal and Georgia.

Stock up on these three stores whenever you're in town with one of these: Flying Tiger Copenhagen, Daiso, Miniso.