If you want proof that it works, probably check out this Discovery Channel segment. (Strangely, we do know a microbiologist, but he’s under lockdown and therefore not available for scientific testing.)

There are many reasons to buy the PhoneSoap 3, which kills 99.99% of bacteria through UV light, though we would like to state we had our eyes on it long before a certain pandemic (thanks, NYC subway ad). See, a germophobe is currently speaking—I would rank myself a 9 out of 10—and city life can get, well, grimy. Habitually washing the phone case and wiping down the device with alcohol wipes every few days was already on par for the course well before.

(My roommate would often look at me like I was loony tunes whenever I did this; it turns out the rest of the world was just catching up to me. Ahead of the times!)

Obviously, things are different these days, and we all have to be more conscientious and hygienic than we used to be. There’s been a flood of UV-sanitizing products hitting the market, and the PhoneSoap 3, which retails for $79.99, was one of the first few on the scene. Though it is a device household members can share, honestly, next time, we would go straight for the HomeSoap, which retails at $199.95, for its ability to fit bigger objects.

Pro Tip PhoneSoap has provided a reader-exclusive discount for 10% off using code MAPHAPPY, lowering the cost to $71.96.

Though we are extremely happy with the PhoneSoap’s performance, the number of objects that can fit in the device—phones, cases and small objects—is rather limited.

(By small objects, we really mean small! For instance, it is not possible to fit a MacBook charger, nor a midget computer mouse or this wallet in the box. It even had trouble fitting a few sets of keys, so they had to be unhooked from separate key rings in order to sanitize them.)

That’s a little ironic, given our first thought upon opening the box up: This thing is huge! It is kinda like a giant tanning bed for your phone. 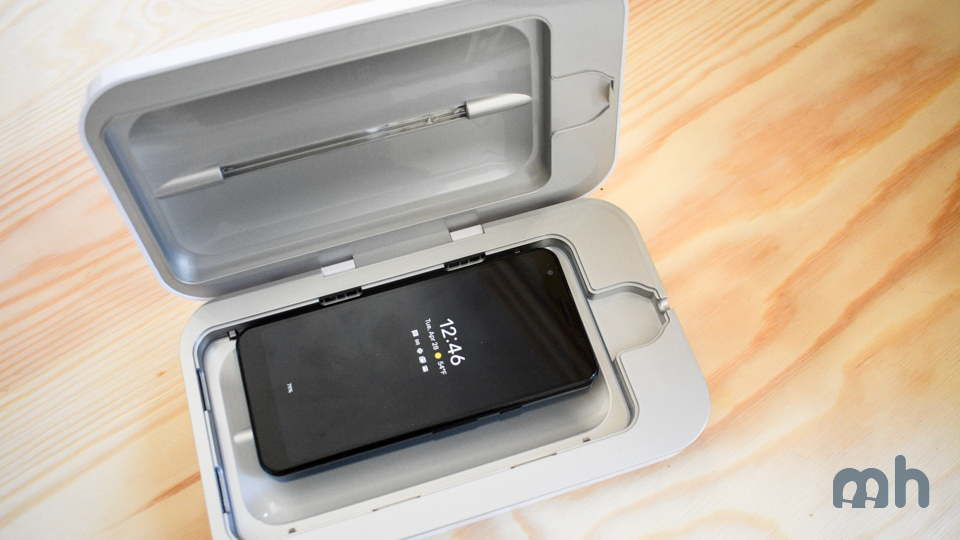 The company claims it fits “all Apple, Samsung, and Google devices, such as the iPhone 10 XS, Galaxy A9s, and Pixel 3, as well as other large phones,” and this seems to be in line with the Google Pixel 3a and iPhone 7S that fit effortlessly into the gadget.

Space for other things? Perhaps think not.

The PhoneSoap sanitizes things by emitting a continuous UV light for 10 minutes toward the object inside; UV technology has been more or less scientifically proven to kill most bacteria, and has already been incorporated into medical settings for quite some time. (However, under no circumstances, do we suggest sticking your finger or any body part in there!)

This indicated by a little blue lightning bolt on top of the device. 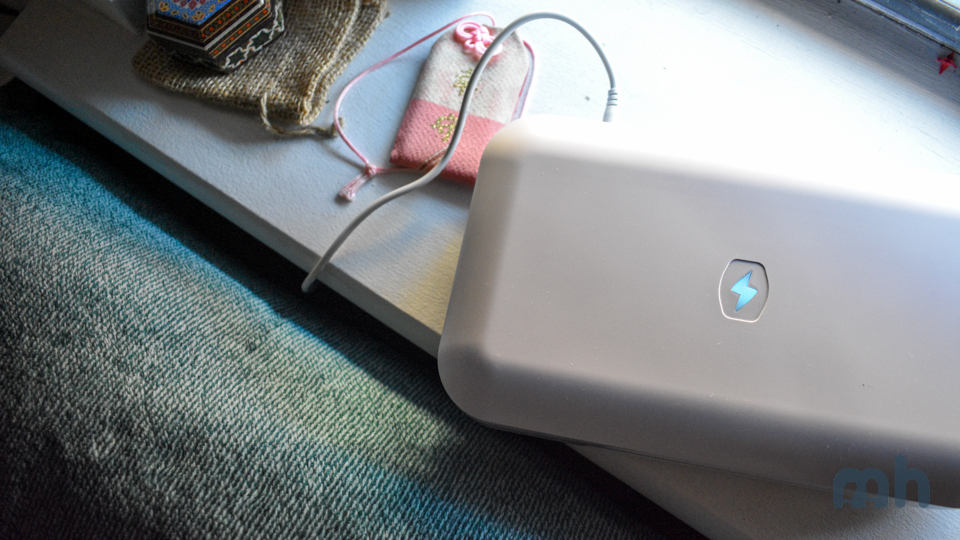 The company states the light bulbs on their products have a lifespan of 4,000 hours, or 240,000 minutes, meaning that the device can be used about 24,000 times before the bulbs burn out. (Meaning, I probably have 22,534 charges left on the device considering how much I tried to stuff in the PhoneSoap the very first day. I wasn’t kidding you about being a germophobe.)

Because we’re pedantic about numbers and that kind of stuff, we wanted to see how long the device would last based on the frequency of usage.

So we broke it down.

On the other hand, it is quite reassuring to know that if you use the PhoneSoap 20 times a day, it will last approximately 3.3 years. That is sufficient enough for this gal.

Other than that, it’s not a complicated object, technologically speaking. There are three ports on the side: one for the power plug, a USB-C port, and a USB-A female port.

More annoyingly, there’s no on-and-off switch for the power, so every time the device is closed and opened, it activates the sanitizing feature even if there is nothing inside. (It is also activated when the user is removing an object from the device; a spokesperson mentioned that this was to keep the inside of the PhoneSoap sterile.)

The only truly, foolproof way to stop the PhoneSoap from activating is to unplug the power after use. In our opinion, this is its main drawback. 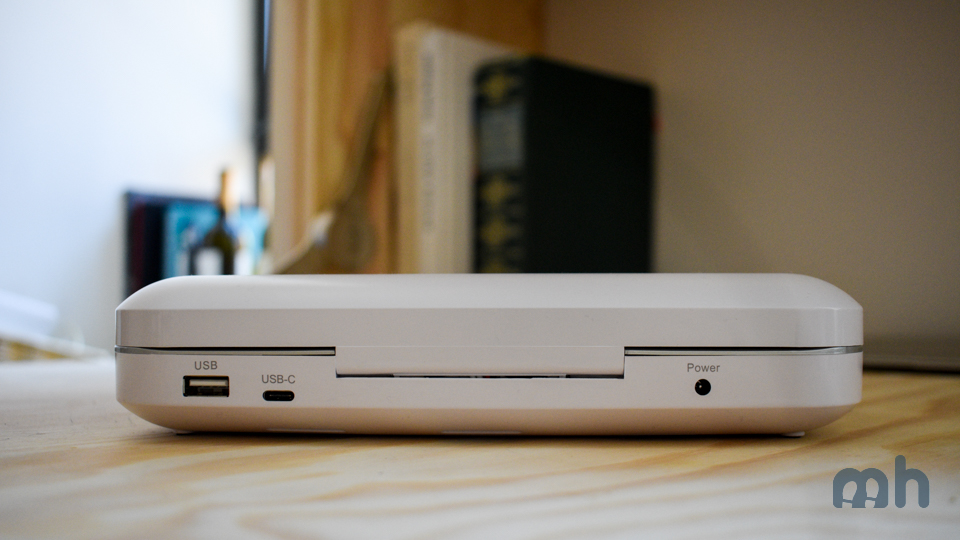 The PhoneSoap also claims it can as a universal charger. Both the USB-C and USB-A port allows the PhoneSoap to act as a universal power source, provided it also has its own power (redundant, I know). At first, we were a little confused as to how this works, but it took some trial and error before we figured it out.

In other words, the PhoneSoap does not function like a Qi charger for the phone sitting inside, which the literature doesn’t really make clear.

Inside, the manufacturer also has included an acoustic audio amplifier to hear phone alarms and notifications while it is being charged. On multiple occasions, we noticed no discernible difference playing music through either the phone’s speaker or through Bluetooth.

One of our favorite features is that face that the PhoneSoap acts as a “black box” of sorts, especially if you’re throwing the whole shebang in there for the night before winding down. It’s been nice to be less distracted and away from a screen before getting some shuteye, which seems to be in short supply these days.

Buy the PhoneSoap? If you can’t imagine wanting to sanitize other things in your life, this seems to be a decent value buy. However, honestly, next time, we would skip the PhoneSoap and go straight for the HomeSoap. Why not sanitize your whole entire life in one fell swoop? Go big or home, we say. That iPad has gotten way more screen time then it deserves.

Love things that sanitize other things! Effective, however, one star knocked off for bulkiness and inability to fit in bigger objects.

Use discount code MAPHAPPY for 10% off.

Battery Size: 24,000 charges
Ports: 2
This product was provided as a press sample.