Riding a bike… is just like riding a bike, right? Call me late to the game, but better late than never.

Biking is probably one of my favorite activities, when I have access. Every time I visit Los Angeles to see family, one of the first things I do with my father is to get out our bikes and bike along the beach, usually up and down the coast. Often times, the route spans from Huntington Beach to Newport Beach and back, spanning 24 miles of pure fresh, sea air dropped alongside California ocean blues. It’s life at its finest.

That’s until I return back to New York, and the thought of biking against ruthless Manhattan drivers often inspires fear 😱

These last couple of months traffic has significantly lessened, so here’s a couple of tips from making some noob mistakes (don’t you love that we do them all for you?!).

Often, this is one of those things that people seem to care about the most. 🤔

(It is unclear if these deals are stackable, though its possible! Let us know and we’ll update the article.)

But is an annual membership worth it? Realistically, New York weather is extreme, swinging from frigid temperatures to sweltering heat. Getting on bike isn’t always feasible.

In our opinion, these are the months that New York is bike-able (with the proper clothing and gear): March, April, May, June, September, October, November. Basically, six to seven months, or about half of the year.

In order to break even, 60 Citi Bike rides would make up the cost of an annual membership. That number shrinks for someone on the discounted IDNYC annual membership to 51 rides. Divide the final amount by 3, and that’s the magic number.

Is that doable in six months? Most likely.

Back in the day, Citi Bike would have been an obvious way to cut down on commuting costs. Since 2020 started, our subway usage has been reduced to 56 times, though, total!, costing $154. In all likelihood, Citi Bike’s true value these days might come down to whether it might be a good replacement for the gym.

Using a day pass to understand all the nuances

Cutting to the chase, the best way to understand Citi Bike is on a day pass (at $12).

It truly is the best way to gauge feasible distances, and how realistic it may be to incorporate in an everyday routine. It definitely elicited some nuances that weren’t immediately apparent to us on first use.

Our first ride was not the greatest, most likely because I was in a floor-length summer dress, and also, like, I didn’t pick the greatest bike. Biking to El Mitote1 isn’t really the best way to gauge the service, me thinks.

There was something totally janky about the gears.

These aren’t light, high-end bikes. These bikes are heavy, freaking tanks. On the flip side, there is virtually no need to worry about locking these guys up or finding a place to store them.

How to take the first few rides on Citi Bike

Honestly, the first question (after using the horrible app) was how to unlock a bike (at the right station).

For instance, not every Citi Bike station is available for use, even if it might be full of bikes. This is flagged on the app, and these stations are usually color-coded red. I spent about 15 minutes at one said station trying to figure it out, like an idiot, before someone came up to me and pointed this out to me. 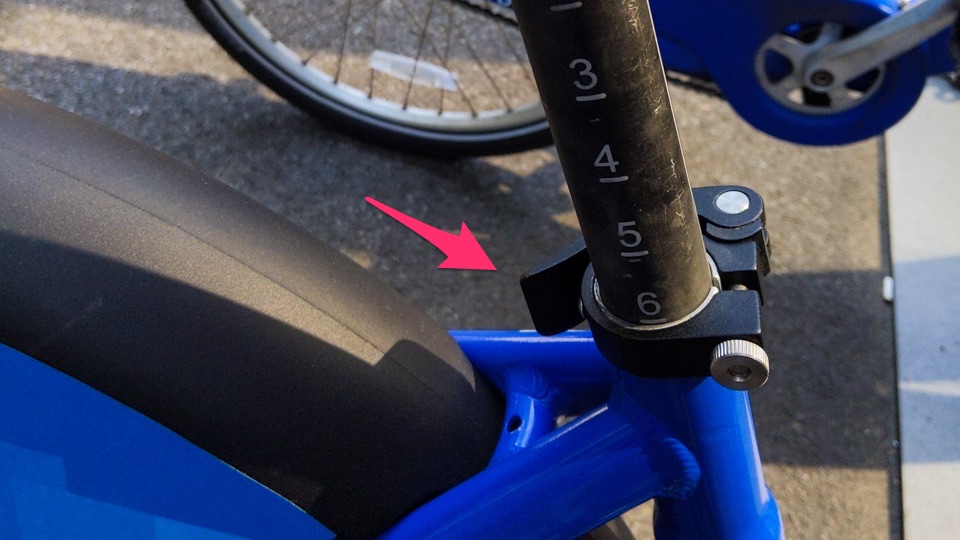 The bike seats are fully adjustable and it is recommended to do this before unlocking the bike. Seat heights range from 0 to 6, and they are fastened through a clasp that swings to the side. Besides wearing a helmet, this is probably the best thing someone can do for their safety, and especially important for someone like me who has not grown since high school.2

Once the pass is purchased, tap the appropriate Citi Bike station and select Unlock a bike from the screen. Input the 5-digit ride code into any dock to unlock the bike. 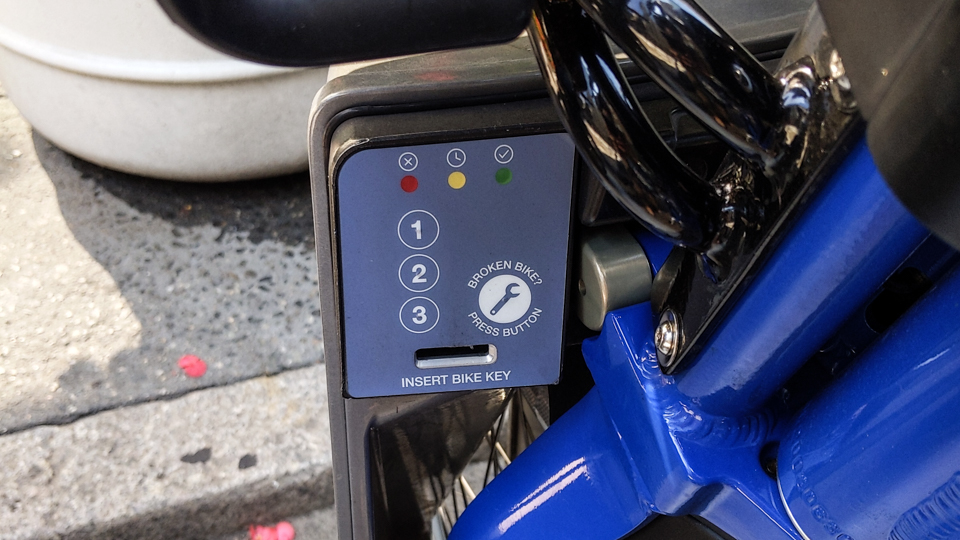 Where to unlock a bike.

The light should click green, which means you’re good, though you might want to use the back hand to lift the bike out (again, these things are heavy).

(To return a bike, it’s the same process in reverse, including waiting for the green light and a beep.)

Lastly, make sure to secure any loose bags either around the bike or your arms. The baskets are SHIT, and it might take a flying tote somewhere around the 70s and 2nd Ave, and a quick run into the middle of the street to retrieve said items, meanwhile consistently praying no car runs over your phone, before you realize this.

Does it actually serve a transport need?

It goes without saying, though we are going to say it regardless.

Under no circumstances should anyone jump on a bike while listening to music or with headphones on. It is literally just about the unsafest thing ever, since sound is one of those great, great sensory skills that will tell you if an oncoming bus is about to mow you down and cut your life short by 24 years unexpectedly. Life is not a movie.

Most of your time on the bike will be preoccupied by looking out for cars, people, buses, ambulances, cars, buses, people and even more buses.

In our opinion, thirty minutes seemed like the baseline minimum for getting anywhere within New York City that might be good for getting around on a bike,3 even though our average ride averaged around twenty minutes.

Mostly, because I was so focused on the road, and what was going around me, and spending most of my time gauging traffic most of the time, it became difficult to estimate the amount of time I was actually biking.

This meant that sometimes I was ignoring traffic lights (on reds, with no oncoming cars) all to save a couple of cents, cause, um, I’m weirdly price-sensitive like that, though that is really not something anyone should do. Bicycles often follow all vehicular laws, and we’ve gone to great lengths explaining how to bike in a new town before.

On an annual pass, 45 minutes seem more than sufficient to have a bike at a leisurely pace without worrying about time. 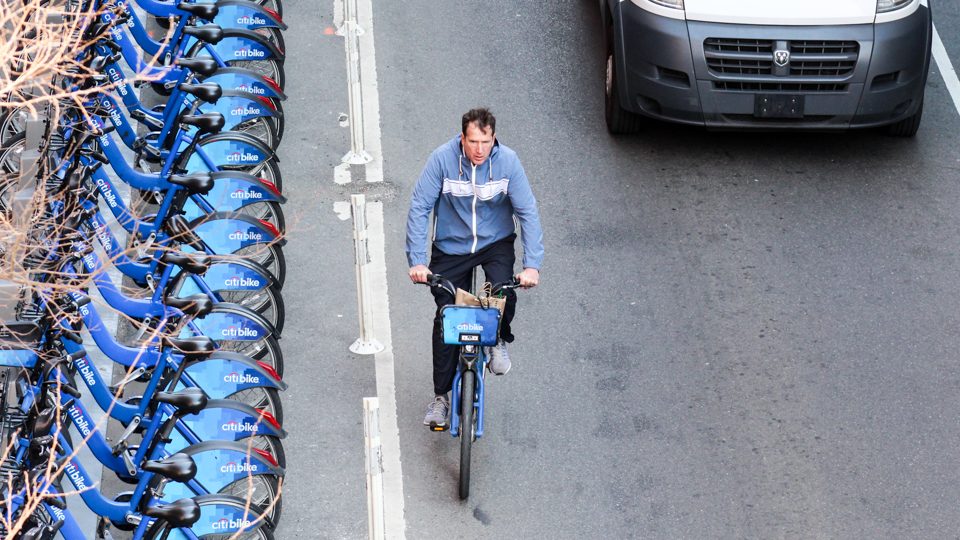 For all those fitness junkies out there, the Citi Bike app does record ride history, mileage and the calories a rider burns. By far and wide, this is the best reason to get started on Citi Bike.

It’s hard to get fitness in these days (at least for those exercising regularly before the pandemic). Personally, I was averaging 10,000 steps per day in the before times, on top of regular exercise before all this. But for now, it is kitchen ballet 2 times a week—it’s really not the same doing a jeté in a studio—running once a week, and counting down the days left until the outdoor figure skating rinks open for the winter.

I have a stressful job. I require lots of outlets to expend that stress on.

Biking burns between 450 to 750 calories, which was visibly evident every time I tried doing something right after I got off a bike, though most of the Citi Bike users I talked to assured me that this goes away after awhile.

Noticeably, the discrepancies between what Google Fit and Citi Bike recorded was a bit off. It also did a pretty poor job of the (supposed) calories I burned on my daily pass (how does 106, 112 and 99 calories add up to 255 calories? If math is correct, that would be 317 calories.

Remember, should you come home out of breath to write an article, it’s the bike, not you.

Adjust the seat BEFORE unlocking the bike!