I love Lonely Planet as much as the next person, but sometime we read a piece and we think… we can do this one better.

So… we are going to put our own spin on this, as someone who has lived in so many cities that I actually had to stop for five minutes and count it off on my fingers (eight cities over three countries). And because I have worked remotely for the majority of my career, I haven’t always been able to rely on a work circle to meet new people.

Finding your tribe sometimes naturally happens, but like any good relationship, there is always someone that has to make the first move.

Go online to get offline

Dating on apps isn’t new anymore, right? Same thing, but check these out instead:

Personally, dating apps to meet friends can be difficult since most people use dating apps for… well, dating.

If you’re staying at hostel, hotel or an Airbnb, ask the people who run it if they know any cool local get-togethers happening, and… maybe you can even join their group after work.

Make it a priority in the first 3 months

It’s a relatively short window of time, so make it a priority to attend a new event every week or place yourself in situations that encourage human interaction.

Then make an effort to talk to people around you! Take those headphones off!

Do you know when you move into a new place and you only have the bandwidth to set up the apartment in the first month? And after that, that box never gets unpacked and/or you become too cheap to buy that shelf?

If you don’t start off making it a priority, it only gets harder later.

Case in point: I’ve known plenty of people from other cities who have eventuallu moved to New York over the years. If we don’t see each other relatively soon, we pretty much don’t end up seeing other at all, even if we may have been friends in Austin.

They were pretty much never incorporated into my New York life, and vice versa. The pattern was basically never established. 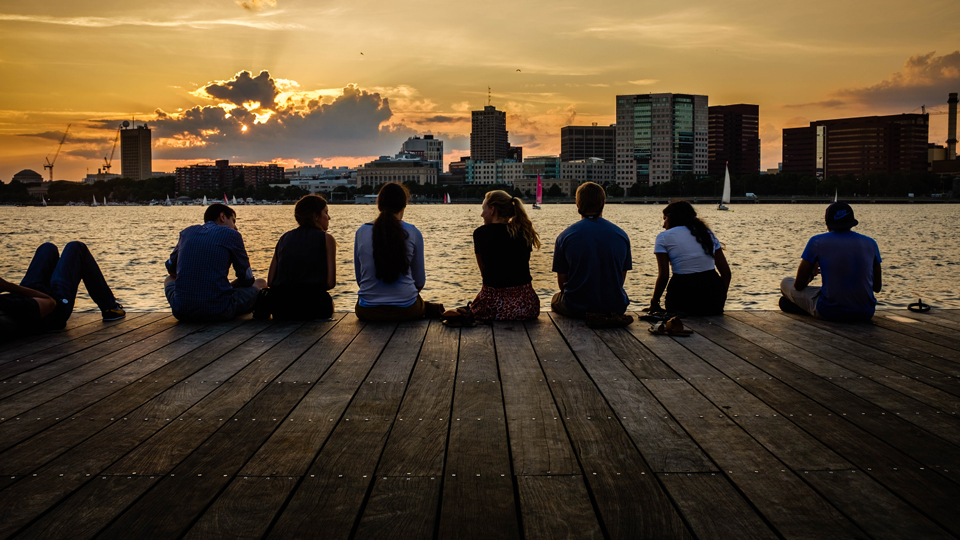 The best way to establish a friendship is to meet up with someone again in a relatively short period of time.

Sure, you might have to take the initiative and follow up again at least one more time, but once the momentum and a relationship pace gets established, things get easier and easier.

Chances are if there’s a decent rapport with someone, once someone is used to connecting with you, they will reach out and connect again.

(For instance, one of my closest friends is someone I met randomly at a random group event, and we followed up by checking out a Peruvian spot in town a few weeks later. A couple years later, our friendship has seen multiple relationships and even a wedding for one of us!)

Get set up by another friend

It’s like getting set up on a blind date, but chances are maybe someone you know already knows someone in Toronto.

Our best encounters—romantic, platonic, or professional—always tend to come from our existing inner circle, and this extends to friendships as well.

In my experience, people tend to associate with people most like themselves, and this is a natural extension of that .

Just be sure to do it within three months.

Here’s one you can copy and paste 😉

Hey! Thought of you and wanted to say hi! Hope you are doing well  🙂