Want to keep using your cell phone like normal on vacation? If you really can’t put the phone down while you’re hanging out in Belize, you can almost stay just as connected with a few tricks – without huge roaming costs or relying on Wi-Fi.

So, for whatever reason, you need constant access to everything back home (including the inability to deplug). Roaming isn’t cheap. There are a few obvious ways around the situation, such as adding an international cell phone add-on package, but these are generally expensive. You’ll get a few paltry minutes and data limits at best, but once you go over your limit, they are almost never worth it. But if you can arm yourself with an unlocked phone and Google Voice, it will be a lot easier to cut down on costs and be hooked up to your e-mail all the time.

In order to do all of this, you’ll need a few things: an unlocked GSM smartphone, Google Voice and a local SIM card. (Unfortunately, this will only work if you’re already on T-Mobile or AT&T; most countries outside the U.S. tend to be more compatible with GSM.) The first is probably the hardest to obtain, considering the majority of American phones are locked when you buy them through your wireless carrier – that’s basically because you’re asking them to subsidize the cost of the phone in return for a fixed-length phone contract. Unlocking is just the simple process of allowing a phone to be used on any network, unconditionally.

There are actually several ways to inexpensively unlock a phone or even for free. If you’re on a T-Mobile plan, you can request a free unlock code through customer service after 40 days. (They can also “suspend” your account while keeping your number active if you’re going for quite a while.) Though the rules regarding unlocking have changed slightly recently in the last few months—they’ve just added a new rule or two—the basic gist seems to be the same.

AT&T will also do it for free, but only after you’ve been a customer for 60 days, up to five times a year. The other option is by paying a cheap one-time fee through several other third-party services, which will usually cost you less than $20. I’ve used these in the past when there weren’t other options.

Once you touch down in Paris, Cancun or whatever, that’s when the real fun begins. You can pick up a cheap prepaid SIM card without any type of commitment from almost any major local network, often for much less than $30 a month. These can be purchased at convenience stores or telecom shops, most of the time with very little fuss. Sometimes it’s as simple as just handing over the money, and very occasionally, you might need a form of identification such as your passport. At any rate, they’re not hard at all to get — most hospitality staff can point you in the right direction on where to buy them.

Though $30 sounds expensive (you’ll most likely end up spending less), these cards can include unlimited local calls, texts and data, often for much cheaper than what you’d be paying at home for the same thing. The cell phone service ends up being more reliable, and a cheap 3G option is almost always available if you want it. International calls (or to back home) aren’t cheap, but there is a way around that. To give you an idea, a $13 Hong Kong prepaid card will cap you at $3.61 a day for unlimited usage of everything. Australian network Optus also offers $2 a day for unlimited texts, calls and data. These were among the most expensive SIM cards I ever remember buying.

(Remember, some networks outside the U.S. may count usage differently — as you pay for calls that you make, not the ones you receive!)

In order for Google Voice to work, you need 3G access. Once you’ve activated the number, well, voila! Now you can tweet and Instagram your beach vacation away. How’s that for making your friends jealous? As an added side bonus, you can even call the hotel if you manage to get lost on your trip. 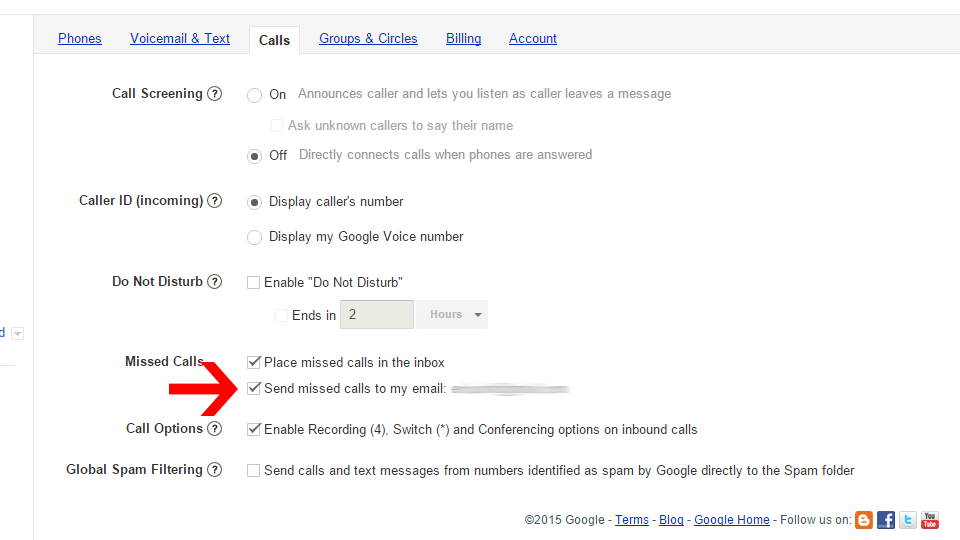 Assuming that you already have Google Voice installed on your phone, you don’t have to do much here on out. The last step is pretty much managing your preferences online, though you won’t be able to add your new international number. You’ll want to set up email notifications for missed calls at the very least; the app, I found, doesn’t do a great job of alerting you to that. Voicemails and texts function just as they pretty much always do, so you can pretty much text back and forth to anywhere back in the U.S. instantaneously, and for free.

The only caveat with this system is that you won’t be able to receive direct calls, but that’s why we had to set up your missed calls notification, right? Once you’re somewhere with Wi-Fi, you can call to any U.S number for free through Gmail’s calling widget on your computer. Google is pretty much the only service that allows you to do that, whereas Skype only calls toll-free numbers in the U.S. for free. To sum it up, there’s plenty of ways to stay connected on your trip — if that’s what you really want to do.