If Facebook hadn’t bought WhatsApp for a whopping $19 billion, most Americans would never have known what it was. Now it’s that company I wouldn’t have minded owning with one hundred thousand other people.

If you still don’t know what WhatsApp is at this point, it’s a simple messaging program that relies on mobile data networks to transmit texts and photos. Its ease makes it the ideal tool for international texting. I don’t use it nearly as much as I used to when I lived abroad, but I still primarily use it to communicate with friends overseas. But I have rarely, ever used it in the States, because it will probably never fulfill a need in American life. Technology doesn’t transcend culture, it’s part of it..

Technology—the devices and apps people use—varies place by place and I haven’t always understood that. Though I used to cover the latest and greatest during my Gizmodo and Lifehacker days, I still remember when I came back from Hong Kong for good and saw a credit card being swiped through an iPad for the first time in NYC’s Union Square. (I flipped out.) Nothing like this existed in Asia, where I had just spent four years working. Evidently, this shit was mainstream.

No one in the States knew about WhatsApp then, because internationalism isn’t part of our cultural framework. The majority of American travel remains domestic,1 which means someone heading to Phoenix doesn’t have to deal with the fact that AT&T doesn’t operate in Guadalajara. If we rarely run into a problem, there’s little incentive to adopt solutions for it. The use of technology has always been about innovation in response to a real need for something.

When it comes to text messaging at home, a wide array of options exist: actual text messaging, Google Voice, FaceTime and Snapchat. These things are mostly great for a domestic market, but they all have shortcomings that fail horrendously for international markets. Globalization, ja? And for better or for worse, I’m certainly not going to be Snapchat sexting to my insurance provider anytime soon. 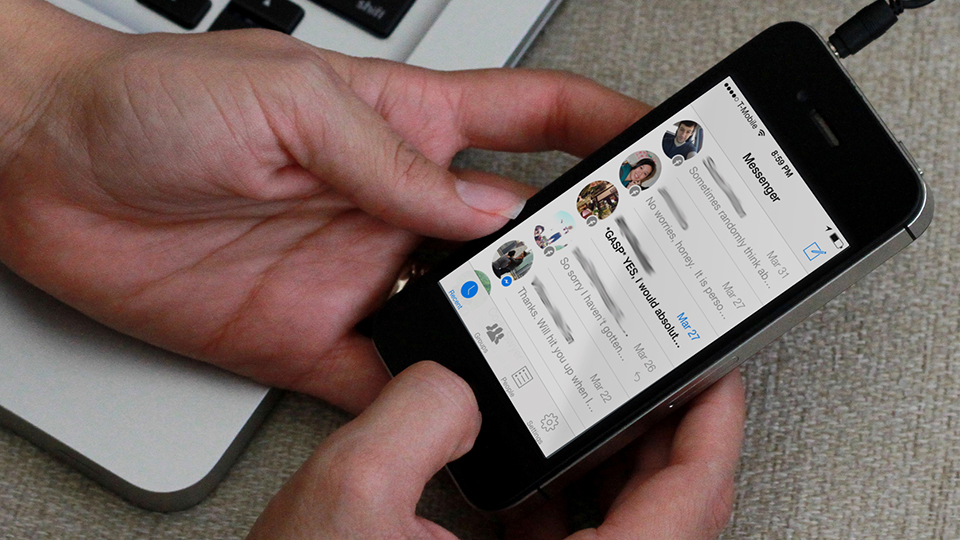 The main thing about international text messaging—even if you have T-Mobile—is that it’s pretty expensive. There are obviously workarounds if you have data access through traditional roaming or buying a local SIM card that’s preloaded with it. But absolutely none of the alternatives I listed above ever seem to work as well as WhatsApp. Google Voice, for instance, doesn’t play with international numbers outside the US at all, but it’s great for keeping tabs on your domestic contacts. FaceTime is severely limited by the fact that not everyone in the world owns an iDevice. Snapchats aren’t really designed to last beyond predefined periods of time.

That leaves a handful of remaining options like Facebook Messenger, WhatsApp and similarly-minded apps like Viber. Now let’s forget for a moment that Facebook bought WhatsApp for a disgusting sum of money. I’m not really here to rehash Facebook’s valuation of WhatsApp but it’s still important to figure out Facebook Messenger’s role in this, which was more or less WhatsApp’s direct competitor. Not only does it have fewer shortcomings than any of the other services abroad, it also lets us understand why WhatsApp is so popular.

The main difference between the two technologies center on the fact that WhatsApp relies on the numbers in a phone’s contact book to populate a contact list. Messenger, on the other hand, primarily relies on a person’s Facebook connection to someone. (It also uses phone numbers, but no one seems to like giving Facebook their phone number. I wonder why.) Unfortunately, in most cases, establishing a connection on Facebook involves revealing a lot of information to someone you might have just met. A phone number is still the most superficial connection someone can make, without making a firmer social commitment.

One of the great things about WhatsApp is that its cross-platform nature is part of what makes the app so appealing to so many people (and is also, coincidentally, FaceTime’s downfall). It runs across a wide variety of systems that includes Android, BlackBerry, iOS, Symbian and Microsoft Windows Phone. Now, the process of transferring WhatsApp history between different platforms can be a bit messy—I’ve done it once or twice—but sending messages to another person is the easiest thing in the world. It circumvents expensive free text messaging through the use of a data network. 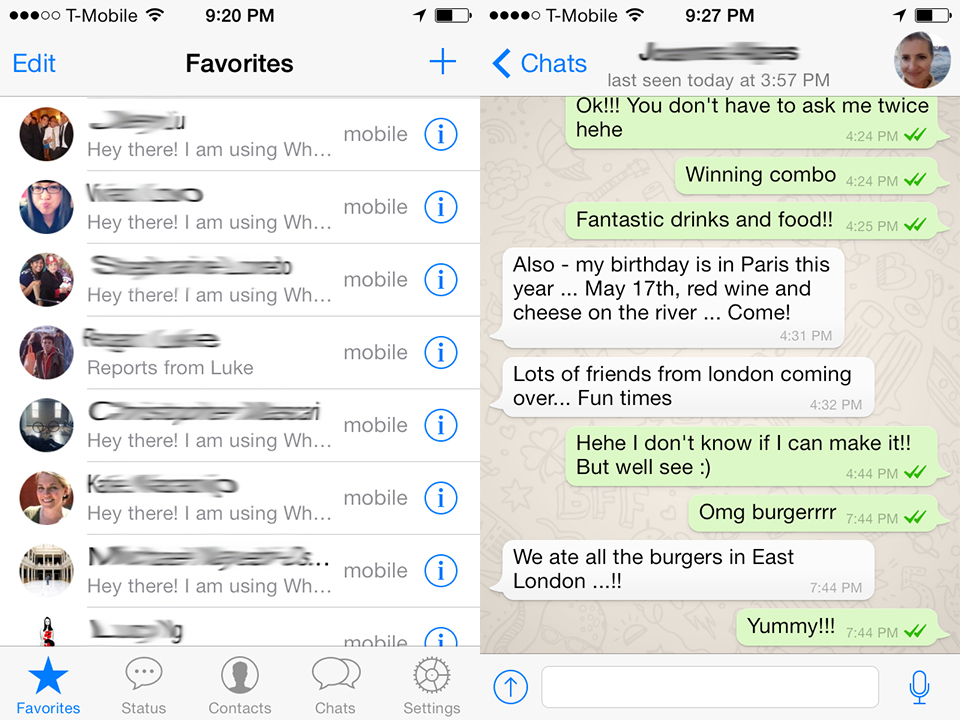 The app makes a lot more sense in practical use abroad. This is particularly true of regions that are comprised of small countries. Europe, for instance, is a shining example of an area composed of bite-sized countries and fairly cosmopolitan inhabitants that live and work between different borders frequently. Because each country has its own country code and telecom infrastructure, international text messaging is inefficient and, more importantly, expensive. In contrast, the app only charges 99 cents a year, basically the cost equivalent of a couple of text messages. Thus, WhatsApp is a cheap, elegant solution for communicating across borders.

I’ve used the app to contact friends in New York, London, Brussels, Hong Kong, Beijing, Singapore, and Munich — clearly, you get the idea. For about six months, a personal friend of mine living in Munich did not have a German number; instead, she asked friends to WhatsApp her Austrian number to get in touch with her. (That’s somewhat of an extreme example, but I still find it amazing she managed to function in a country without having an actual phone number for such a long time.)

In any case, you really can’t ignore the wide adoption of WhatsApp, with some 450 million users worldwide in the space of five years. The company launched back in 2009 and has only been around for about half of the time that Facebook has. In contrast, Facebook has some 1.2 billion users. Clearly, are we starting to get why Facebook is interested?

In nations and territories like Hong Kong, the app is so widespread that it’s also sometimes used professionally.2 When I first began running Cathay Pacific magazine’s digital department, the company’s health insurance agent once sat me down to discuss my benefits with me. After a quick chat, he then asked for my WhatsApp number. He sent me a message a couple of minutes later, while I was sitting at my desk: “Feel free to contact me if you have any questions,” he wrote.

However, it’s not like there aren’t competing apps that vie for a piece of the market as well. Viber, in particular, takes it one step further and allows users to call through each other through the app in addition to texting. I was never a prolific user, but I once dated a guy in Australia who preferred Viber, mostly because his friends used it. Because of that, Viber became our default communication mode of choice… well, until we broke up.

I suppose it only goes to show technology is only as useful as the social connection and circles it penetrates. And if that isn’t the basis for culture, then I don’t know what is.