Map Happy » Transit » Flights » When You Should Complain to the Airline

I have a knack for spotting frequent complainer flyers. They’re the ones in the security line or across the gate, ready to complain about anything and everything. I identify them and then stay far, far away from them and their air of angry.

Still, I think there are times when voicing a complaint tactfully and firmly is totally warranted. There might not be many flight rights passengers have left in this world of mega-merged airlines dictating how things will fly, but I say, we should definitely exercise what we’ve got. And people do seem to be raising their voices more these days: Filed passenger complaints were up 17.6% in 2014 for U.S. airlines, according to U.S. Department of Transportation data from The Chicago Tribune.

I suspect many flyers still take a lot lying down (or sitting in cramped seats, har har) from airlines that they don’t have to. And sometimes, I’ll run across something and wonder if a complaint is justified. Here are some flight travel situations in which kvetching might be well-justified — and might deserve a little compen$ation.

Bumped from a flight or it gets canceled.

The U.S. is way behind the E.U. when it comes to passenger rights, but even getting bumped from a flight or having a flight canceled without warning is just not OK, and is grounds for getting financial compensation. Considering bumps happened more frequently last year, according to the U.S. Department of Transportation data, I file this under important.

(That info did actually reveal some positive change, I should say: The rate of canceled U.S. domestic flights was less than half of what it was in 2013.)

Airlines often try to soften the blow with offers of upgrades, miles, and ploys like vouchers to Cinnabon. Don’t fall for it! That’s not the only option. The reality is that passengers are entitled to actual money back, in addition to a timely rescheduled flight, when they get screwed over in this fashion.

If you’re in Europe, any flight—no matter the airline operator—that is to or from the E.U. falls under E.U. legal jurisdiction for passenger rights. For unsavory situations like delays, this could meaning potential payments.

It’s not a fun situation, and most flight attendants will do what they can to get the problem fixed (though sometimes, it’s pretty much pointless when something’s broken on the aircraft). That said, imagine no in-flight entertainment for a 13-hour long-haul flight—or ponying up for in-flight Wi-Fi, only to find out the power ports don’t work mid-flight. (The Internet is pretty useless if there’s no way to recharge a phone, tablet, or computer.)

Now, this won’t involve a potential thousand-dollar comp like being bumped from a flight would, but hopefully, something good will come of it. Sometimes, airlines won’t mind throwing in a goodwill gesture, such as a $100 voucher toward your next flight.

Missing the whole point of a trip.

I’ll admit: I only learned about the trip-in-vain rule recently. I honestly don’t understand how it’s kept so hush-hush, because it’s a huge deal.

Essentially, this is the situation: If flight delays or cancellations make me miss the whole reason for my trip, like a wedding or meeting, then I’m likely entitled to financial compensation, or have the airline reaccomodate me. It’s probably one of the least-understood policies out there, but there are people who have made it work for them. In this case, knowledge is definitely power.

When your luggage is lost.

It’s not just the extreme situation of items being stolen from a bag (which definitely deserves complaints, by the way) in which the airline needs to pay up. If I get to my destination and my luggage is nowhere to be found, the U.S. Department of Transportation states I’m entitled to money.

The governmental agency forces airlines to cover the cost of loss or damage to passenger bags and their contents up to $3,400 (the original limit was adjusted for inflation in 2013). The Points Guy states that this covers the depreciated value, not the replacement value, and excludes “valuables, such as jewelry, electronics, and financial instruments.” He also notes that if the claim is filed at an international destination, the limitation is about half that. 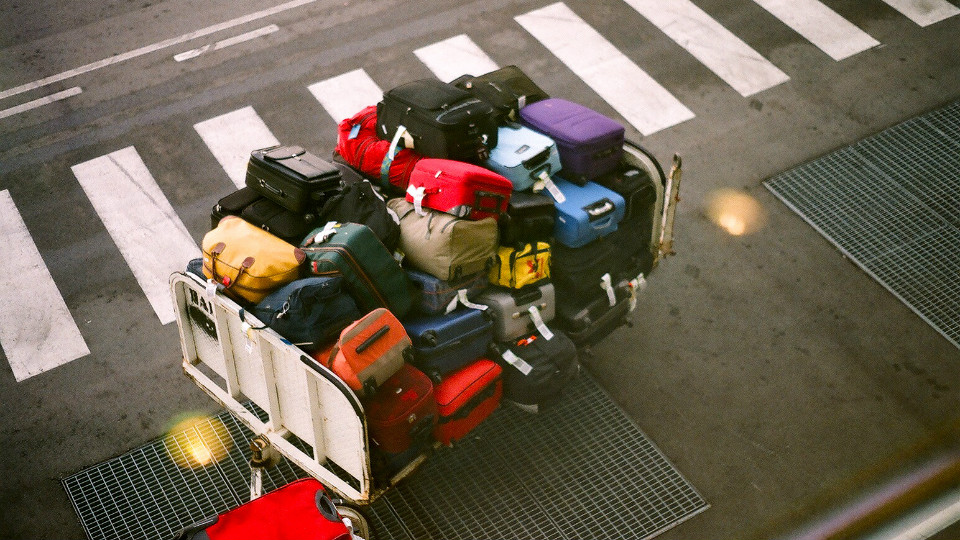 Yeah you don’t want to lose this. (friend JAD/ Flickr)

As for delayed luggage?

When it comes to baggage that is merely delayed and not lost, each airline makes up its own rules. The most important rule to remember is that most airlines require passengers to file a claim immediately at the final destination and it’s wise to get a copy of your claim in writing before leaving the airport… The last carrier you flew to your destination is always responsible for your lost or delayed luggage. Finally, airlines are required to reimburse passengers for fees paid only on lost luggage, although I’ve had success getting fees reimbursed when my bags were merely delayed.

When you’ve got status or flying business.

Hold up: The fact that you’ve got status or are flying business doesn’t give you the right to complain about any old thing—but it does, and should, entitle someone to slightly more humane service.

This might seem bratty at first blush, but it comes down to the fact that airlines have moved toward fee-based models: The more paid, the more received. Ergo, the more miles logged, dollars paid, and status earned, the less cattle-like it should all be when it comes to everything related to service or someone’s interactions with the airline.

In theory (I said theory!), these loyalty programs want to keep their frequent flyers happy, and it’s in everyone’s best interest that this happens. If something is off—say, a requested meal isn’t loaded into business like mentioned in this FlyerTalk forum—well, that should be made known.