Chucking it all and finding yourself while relocating to an exotic locale is living the dream, right? Or is it? Consider these insights from someone who has actually done it—more than once.

France probably neglected to mention in the brochure filled with images of baguettes resting jauntily in that bike basket and endless kouign amanns that French residents often are charged by the minute for slow customer service and even the washing machine sometimes takes a cigarette break. It might be enough to toss your beret in La Seine.

Real life is, uh, real life, and therefore boring at times, complete with daily challenges in an imperfect system. That’s also life abroad, but usually in a different language. Don’t be fooled.

Everything is a vacation!

Because, I am, like, off to Thailand EVERY WEEKEND.

Guess what? In order to live abroad, most expats are also forced to work. I know that must come as a surprise.

The truth is I’m most likely stuck in an office cubicle being a pencil pusher for a company. Perhaps, yes, I may get more vacation time than you, but in choosing where to spend my time, a flight to Thailand costs $100 round-trip while a flight to the United States prices around $1,500. The choice at the end of the day is often a fiscal decision. Plus, Bangkok is noticeably cheaper than Los Angeles.

On the weekend, it’s time to go find a light bulb because the one in the apartment has burnt out. But instead of running into Target to grab one, I’m scouring the aisles in a Chinese knickknack store in asking for help in broken Cantonese trying to find the right size.

It is hard to get a working visa.

Certainly, if you have your heart set and living in France, expect the citizenship process to take years, if not decades. Relocating to Europe permanently is hard so let’s burst that bubble right here and now.

In countries where the barrier to immigration is much lower and that have a large expat population, like Singapore and Australia, getting a working visa can take far less time than going to the DMV. And it’s approved in weeks, if not instantly.

For example, Australia and New Zealand only require an online application that takes half an hour and a few clicks of the mouse to complete. Picking the right country can be half the battle of moving abroad.

The working visa needs to come before the job offer.

There are companies that will sponsor qualified candidates, but finding a job abroad is like finding a job anywhere else. Have the right skill set for the position and if you’re lucky, or in a country where it’s common to hire foreign workers, hopefully the company will stick out their neck for you. (Some companies will also not hire candidates that they can’t meet locally, just like most companies in the U.S.)

Keep in mind smaller companies often don’t have the resources to campaign to the immigration office for a candidate, since a company will often have to prove that they cannot fill the position with a local candidate. But it’s not impossible to get a job abroad, even if you’re a fresh grad with only a year or two of work experience.

Some medium-sized companies may also be able to do it. But don’t expect the local Starbucks to sponsor you as a barista in Chiang Mai.

Expats all have money.

There are often two routes to becoming an expat: Getting transferred to an international office with a company—usually with a schmancy relocation package—or ditching a job to find a new one abroad.

The first option is by far the most risk-free and lucrative option. It is also the most rare, besides being the option that everyone wants. Did I mention that relocation packages are pretty much dead outside of finance and banking? 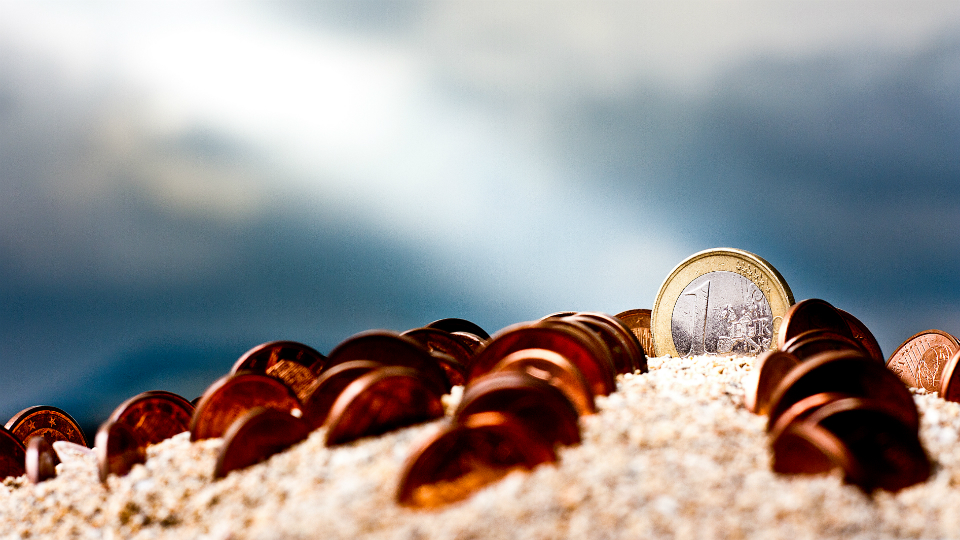 Because it falls out of the sky. (Andrés Nieto Porras / Flickr)

The second option is generally more prevalent. These jobs usually aren’t as lucrative and sometimes only earn a local wage, not an expat wage. There are just as many expats banking a six-figure income as there are expats barely making it above the poverty level. The only thing difference is the location.

Interestingly enough, I knew enough English teachers in Asia that made more money than expat white-collar workers. Don’t judge a book by its cover.

You NEED to speak (local language) to survive.

It’s great to understand everything, but it’s actually surprising how little of the local knowledge most people need to know to survive or to even work in a country where they aren’t native to the culture. (Hint: Almost nothing sometimes.)

Don’t underestimate the power of being immersed totally into a country and what can be accomplished through body language. Most people inevitably are forced to pick up a survival level of understanding.

I moved to Beijing and Hong Kong with no existing knowledge of Mandarin or Cantonese. My understanding of Chinese is still pretty much limited to key activities, like ordering in restaurants—no intestine please!—or expressing displeasure when someone has pissed me off.

Explaining to HR the office printer is broken? Not so much.

Real life is boring, complete with daily challenges in an imperfect system. That’s also life abroad, but usually in a different language. Don’t be fooled.