If there wasn’t another reason to switch over. T-Mo’s in-flight messaging now supports six of the most popular messaging services including Facebook Messenger, iMessage and WhatsApp.

I was totally taking advantage of T-Mobile’s free hour of in-flight Wi-Fi when I got a sexy little notification at the end of my session notifying me that I could get free messaging for the rest of the flight. This is one of those little things very few people know about but makes for a nice real-life Easter egg. 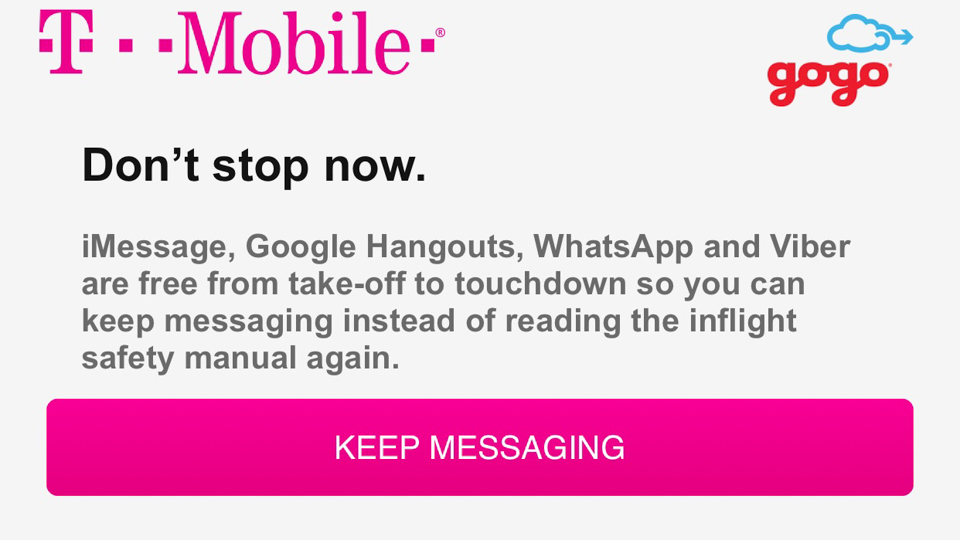 A few popular ones weren’t on the list, so we thought we’d test it out with a few folks a lot closer to Earth. In addition to the stated apps, Messenger and Google Voice are also supported. Normal texting is also included.

*There aren’t officially supported but worked very well on a Virgin America flight.

T-Mo’s in-flight messaging supports six of the most popular messaging services. This includes: