Time to upgrade that Notepad document.1

Its easier to accumulate loyalty points than kingdom come, so it’s no surprise most people have trouble not only remembering their point balances, expirations but even the frequent flyer account numbers to begin with. I like AwardWallet does all of that so I can keep reserving that space in my brain for paying the bills.

AwardWallet lauds itself as an one-stop-shop for picking the right credit card, managing loyalty cards, organizing trips and booking reward tickets. But there are many, many apps out there that do a variety of those things (and better), so while I appreciate the gusto, the best and perhaps the only reason to use AwardWallet is to manage frequent flyer accounts.

(WorldMate or TripIt has trip organization polished down to an art where I am concerned.)

As a side bonus, it can also handle point tracking for more than one traveler, making it ideal for corporate bookings and travel management. Unfortunately, this isn’t really the point of this piece.

Deal alertGet AwardWallet Plus for six months free by using promo code maphappy. It must be applied during account creation to go into effect. (Map Happy has no business relationship with them: we only asked if AwardWallet would be willing to provide a nice service for some of our readers. So yay!)

By the way, you want the AwardWallet Plus version.

First things first. There is a AwardWallet (free) and then there is AwardWallet Plus (paid).

The main differences is that though both versions allow point tracking and expiration notices, the Plus version of the service adds point balance history, Excel/PDF exporting (for us crazy folk), faster syncing (a negligible benefit) and displays the expiration dates for all accounts (important!! the free version only displays up to three accounts).

So, Plus is only really useful if you have three or more loyalty programs or really plan to play the game.

For coupled folk: There is no need to have two AwardWallet Plus accounts, since one account can be used to track multiple people in a household. 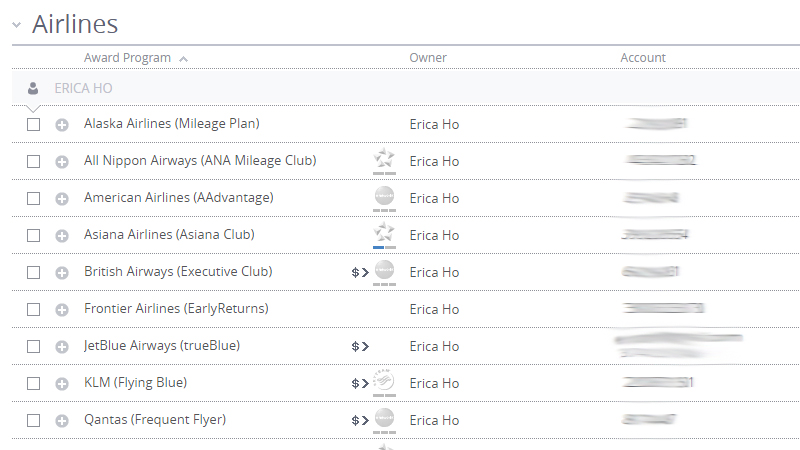 I forgot about those 900 Amtrak points about to expire?

On the outside, all loyalty programs are categorized by type (airline, hotel, rentals, etc.). AwardWallet then lets users sort loyalty programs by owner, account number, status, balance, and expiration date.

(Minor gripe: A thoughtful addition would be sorting the different airlines by alliances to help travelers focus on one particular alliance.)

In addition to loading point balances for each individual program, its other best feature is letting users see when their loyalty points expire. Kind important when it seems like there’s 3,567 points that look like they’re going to peace out later this year?

There is one huge downside. Out of all the frequent flyer programs, AwardWallet has trouble loading United MileagePlus, one of the biggest frequent flyer programs out there, because lack of support. In this case, AwardWallet requires users to manually load points by forwarding a monthly statement to the account via email. It’s also unable to support point expiration tracking for MileagePlus because of this, so this does requires users to be on top of this.

Besides that, it’s refreshing? to know there’s 186,271 points I’m not using. I guess it might be time to feel the burn. 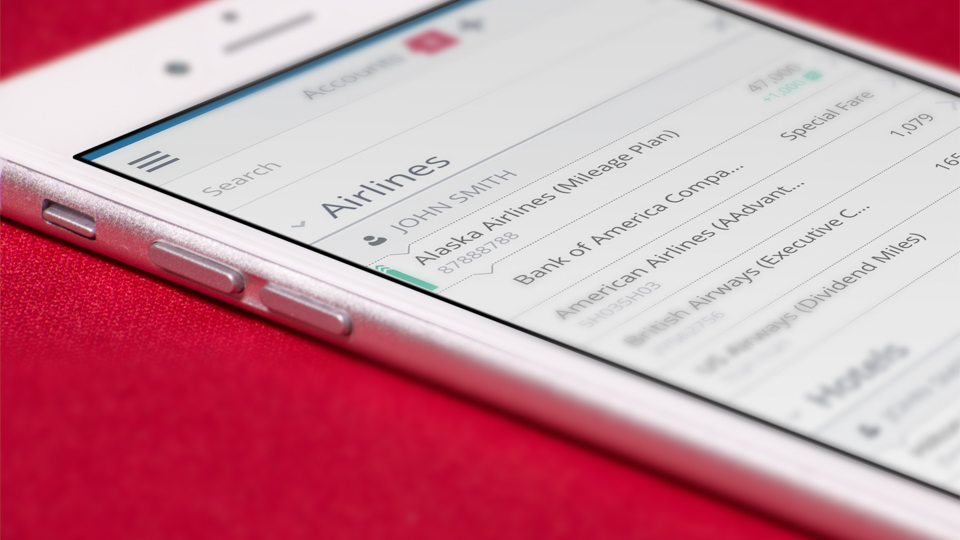 This is not one of those tools where you type in a username, password, hit Enter and expect to be done with it. Because it requires access to many frequent flyer programs (all with different technologies/API), there’s more setup than what the average person would expect.

For starters, AwardWallet requires users to install a browser extension in order to retrieve certain accounts, like KLM and a few other programs. (This is usually required when there is a CAPTCHA involved.)

Be forewarned many accounts—I had 17 accounts to load—may take quite a while to onboard, especially if you don’t exactly remember allll of those passwords. It easily took an hour to configure everything to personal liking, with a good portion of that time spent on guessing and resetting passwords.

Carrying the info on the road

So, I’m not gonna lie. There was a point where I freaked out in the middle of these huge loading process, because OMG, I could not make this Notepad offline-accessible in Dropbox like I normally would. (Turns out my fears were completely unfounded.)

Fortunately, AwardWallet offers a free app for iOS and Google Play. So minor crisis averted there.

Luckily, the service was founded by several software developer guys, so it’s pretty good on security, in case anyone wants to steal my bajillion now useless miles.

AwardWallet tracks frequent flyer account numbers, points, expiration dates and has a handy mobile app for iOS and Google Play. It's a must in our playbook.