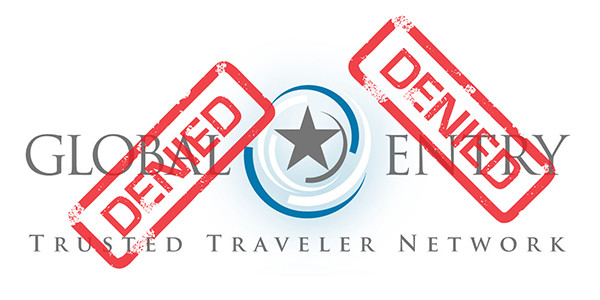 I assume you’ve already thrown $100 down the drain, so it wouldn’t hurt to actually appeal the decision. You’re not going to walk through security and customs any faster, that’s for sure.

Unsurprisingly, not everyone can have a pass at a golden ticket. While you probably wouldn’t apply unless you have a relatively high chance of getting in, The New York Times does note that 3 to 5 percent of people who apply do get rejected. The program supposedly gets 30,000 applications every month–you can do the math. Why they are, is another matter entirely. If you’re one of the few unlucky ones, hopefully you’ve been given a reason on why. And if for some reason, if you still think you were unreasonably denied, you could try overturning the decision.

Here’s a brief look at the things that could actually hurt you in getting approved.

The first option is to contact where you had your interview (or any enrollment center) to talk about why you got denied. In many cases, though, they’ll just refer you to the ombudsman, though. Go to options 2, do not collect $200.

The ombudsman, your second option, will require you to write an appeal. If it’s because you have a questionable criminal background (or did something stupid when you were 17), you’ll probably have to submit official court paperwork proving your case. You can send an email to [email protected] or even snail mail it. Where to lick the stamp?

There is a chance that if your infraction was pretty petty, Global Entry might still approve you. A conviction does not automatically disqualify you, but it can. One of the questions that a customs officer will ask you in your interview is whether or not you have ever been arrested. They’re not there to harangue criminals; they’re just there to figure out whether you’re a serious threat. Confused?  Straight from the horse’s mouth, from John Wagner, the guy who runs the entire program:

By and large, any type of criminal conviction would disqualify someone. We are looking for people who have demonstrated past compliance with laws and regulations. It is an assessment of the person we’re looking at as far as risk factors.

So, as you can see, there is possible leeway. Just to give you a little story of my own, I was once arrested for showing a fake ID in college. Though I was never convicted, I brought all my paperwork to my interview, and though it took some time, I was approved for the program. It seems that like being forthcoming and honest counts for just as much.

The third and fourth option requires submitting a complaint. You have two choices here: you can either submit it straight to the Customs Border Protection agency, or you can send it to the DHS Traveler Redress Inquiry Program. These, however, should be last-ditch efforts if you’re not getting anywhere with the ombudsman.

Well, that pretty much covers all the choices you have available. Good luck and godspeed. 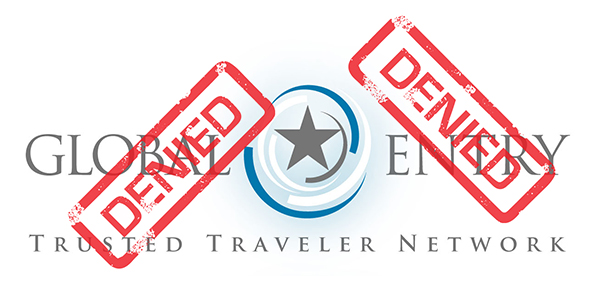