I still remember the first time I ever showed up at the doctor’s office in Hong Kong, asking for a birth control prescription. He laughed at me. “You can get it over the counter, don’t you know that?”

Though that was nearly a decade ago, before U.S states began allowing pharmacists to prescribe birth control, the shocking accessibility and cost of healthcare abroad never left my mind. Friends would whisper of stories about patients flying to Thailand for a procedure, and ensconcing off to a two-week beach vacation afterwards for a quarter of the cost of the operation back home.

Medical tourism, or the practice of seeking cheaper and better healthcare abroad, is rarely discussed in tourism, as U.S. healthcare costs rise and steadily becomes more inaccessible. For a developed nation, there is often so much more to be desired.

Patient Beyond Borders, a magazine that focuses on international medical and health travel, estimates that this year alone, some 1.9 million Americans will travel outside the U.S. for medical care.1 It is estimated 35-45% of all foreign visitors treated abroad are medical tourists, once emergency cases and expats that reside outside their home country are excluded.2

In some respects, things are more backward at home than we’d like to admit.

The combination of lower physician salaries, less overhead, and the absence of malpractice insurance (often prevalent in the U.S.) abroad often contribute to markedly lower costs, serving as an enticing financial reason to seek treatment outside the country.

There is a lot of money involved: It is estimated that up to $87.5 billion is spent on medical tourism each year throughout the global economy. The average patient spends approximately $3,410 per visit for all their travel and related medical costs (think about how much you spent on that last vacation!).

Some countries, like Singapore, have realized the value of attracting overseas patients, building official strategies as part of their tourism development (even if the results have been mixed).

Meanwhile, startups like doctours, an agency looking to bridge patients and the logistics of travel planning, are springing up to capitalize on the business.

Even a quick search on the company site for in vitro fertilization rang up 10 different doctors in six different countries ranging from $1,500 to $7,600. (The only doctors listed that spoke to us had a starting cost of $2,500. The average cost for the procedure in the U.S. is $15,000, according to pregnantish, a fertility and family planning site.)

The cost of medical procedures abroad 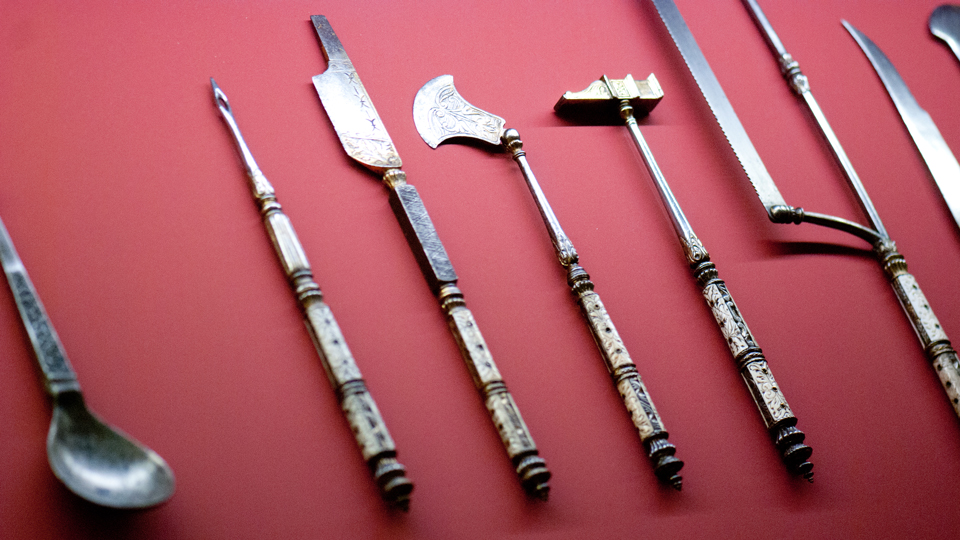 For all the brouhaha about the lower cost of medical care, it isn’t the primary reason why patients seek treatments abroad. A 2008 McKinsey survey found that by far and large, 72% of patients cited advanced technology and better quality care for as the primary driver for leaving the country.

Only 13% cited the lower cost of procedures as the most important reason, though, realistically, it is a combination of both factors that drive patients to look for health care elsewhere. (Consider how hard it is for a critically ill person to travel large distances.)

For instance, a heart bypass costs $113,000 in the United States; compare that against Mexico where the same procedure costs $3,250. That’s 97% in savings for the same operation.

For further context, here are average costs for the most popular countries for this procedure (according to the World Health Organization):

[All savings and estimated percentages are compared against the cost of heart bypass surgery in the United States.]

The top and most frequented places for medical tourism

Most of the countries that rank highly as the most medically touristed in the world won’t be completely surprising to the average layperson. 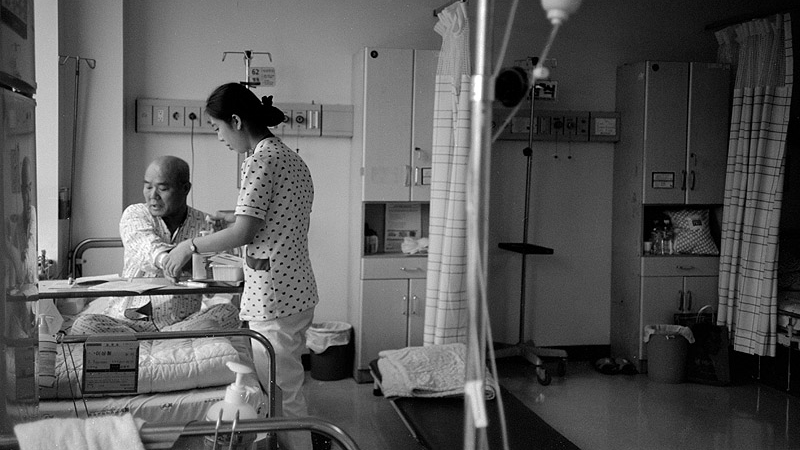 In no specific order, the American Journal of Medicine lists Costa Rica, India, Malaysia, Mexico, Singapore, South Korea, Taiwan, Thailand, and Turkey as the top destinations for medical tourism outside the U.S.

It falls in line with a 2008 McKinsey study finding that nearly 45% of American medical tourists flock to Asia, while 26% opt for procedures in Latin America (with the proximity and large retirement populations helping significantly).

Of course, having a medical procedure performed at home, nevertheless in a foreign country, has its risks. Finding the correct doctor, in the right country, can be more than half the battle.

Sadly, transplant tourism, another motivator for seeking treatment abroad, often raises questions of organ trafficking. According to the World Health Organization, as of 2007, the main destinations for transplant tourism are  China, Pakistan, Egypt, the Philippines and Colombia. It remains unclear how many of these organs are obtained through legitimate means.

In some cases, some hospitals and places attract so many patients that it has literally redefined the community and economy around it. Perhaps one of the most well-known examples would be Mayo Clinic, in Rochester, Minn.

The Mayo Clinic, founded in 1889, started out as a single family practice by William Worrall Mayo in a small Minnesota town of less than 3,000 people. Six years prior to that, a tornado hit and destroyed a third of the town, leaving many dead and injured in its wake. Mother Alfred Moes of the Sisters of Saint Francis, a teaching order, approached Mayo about establishing a facility, and out of it, a hospital was born. 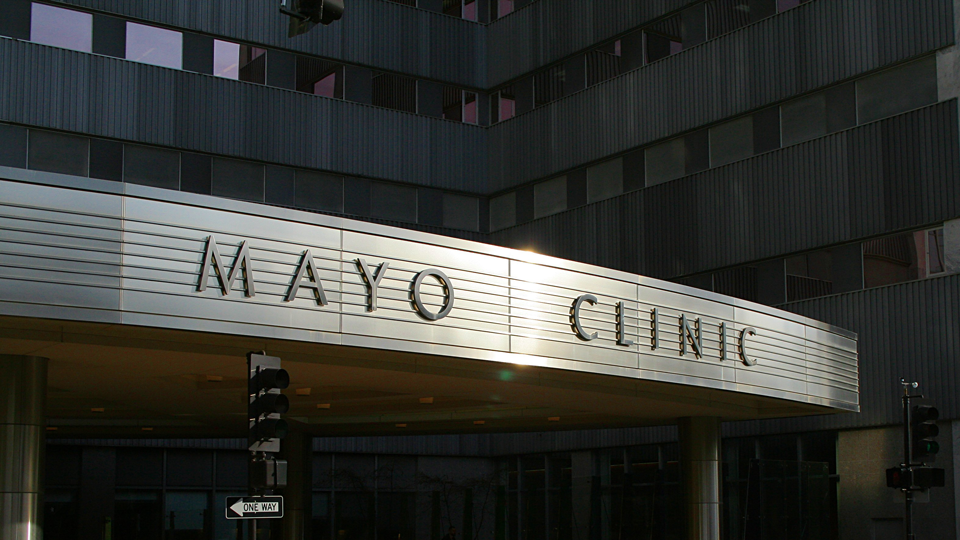 (Interestingly enough, Mother Alfred Moes of Saint Francis claimed the idea of a hospital came to her in a vision after the devastation.)

Mayo was eventually joined by his sons Will and Charlie, who continued to pioneer rising standards and innovation in medicine at the facility. Eventually, the reputation of the clinic (and their patients’ success rates) began to precede itself, and people from around the world began to flock to town for the clinic’s superior medical care.

It virtually transformed the town, and the population expanded from a tiny town of 3,000 people to become the third most populous city in all of Minnesota. It continues to attract physicians who seek to further their education and patients in need of treatment worldwide.

In Singapore, medical tourism became such big business that the Singapore Tourism Board even began tracking medical receipts up to 2014, and further invested $800 million in a large medical complex that would house foreign patients. Though they eventually abandoned the project, at its peak, the country realized S$1.1 billion ($827,322,708.50 USD) pouring in through medical tourism alone for 2012.

Over the years, the country has faced stiffed competition from some its neighbors, Malaysia and Thailand, in terms of even lower medical care costs. Singapore still remains a favorite for complex operations while those that typically go to the latter have traditionally opted for more cosmetic procedures.

How many times have you had to take someone to a medical appointment? Or struggled to find someone to pick you up after undergoing an invasive procedure?

There are so many ways that health and transportation intertwine that it would be silly to limit the definition of medical tourism to its current meaning. Beginning in July of this year, Lyft become the first ridesharing company to become an approved service provider for Medicaid’s non-emergency medical transportation (NEMT) in Arizona.

It really underscores an important point: In 2005, the Transportation Research Board revealed nearly four million Americans miss or delay medical care each year because they lack transportation. The new development essentially allows Medicaid beneficiaries in Arizona to use Lyft to get to and from appointments.

Though only 23 percent of Arizona’s population qualifies, it does open up Lyft to Arizona’s 1.65 million Medicaid patients, presumably some of the least that can afford healthcare. Though there are obvious commercial incentives for Lyft to tap into the market, opening up doors and enabling access for the ill and the sick is the first step.

Lyft hopes to further the initiative and NEMT services to all 50 states. The company claims, that expanded to its fullest potential, something like this could impact up to 65 million people, or one-fifth of the U.S. population. Though there is a long way to go, it is just one of the many innovative ways that companies are working through the framework of medical tourism.