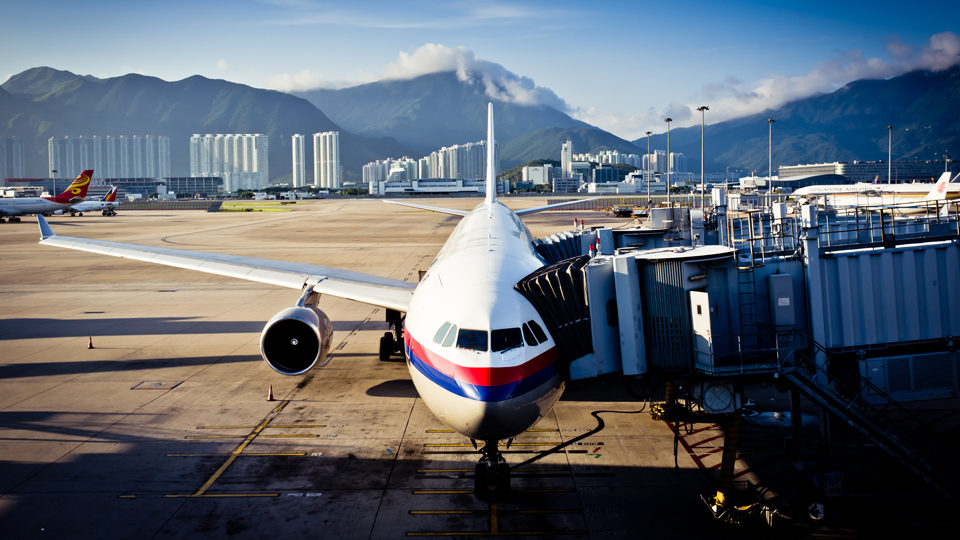 Remember that company that got sued a few years ago? Hidden city ticketing is still alive and well, apparently.

Hidden city ticketing is a practice where a passenger buys a connecting flight with no intention of catching the second flight, and gets off at the connection. This usually happens because buying a connecting flight may be cheaper than a direct flight to a major hub.

Though United sued Skiplagged, a search engine that displayed these flights, Skiplagged eventually won out on a technicality. But reader beware, do read up on the full legality of it before proceeding. Though the courts eventually found that Skiplagged was entitled to run the site, it still does not mean that travelers do not violate the contract of carriage.

The first time we wrote on this subject, we advised reserving hidden-city ticketing in extreme, rare situations. We still stand by these words, since the airlines have proven themselves to go after frequent violators.

Think about it like this: You really want a ticket to Houston, Tex. (IAH), but the flight is $200. It turns out there is a ticket going for $150 to Los Angeles, Calif. (LAX), with a magical stop in IAH. So instead of buying the first ticket, the passenger simply buys the second ticket with no intention of continuing on to their second flight.

How to use Skiplagged. 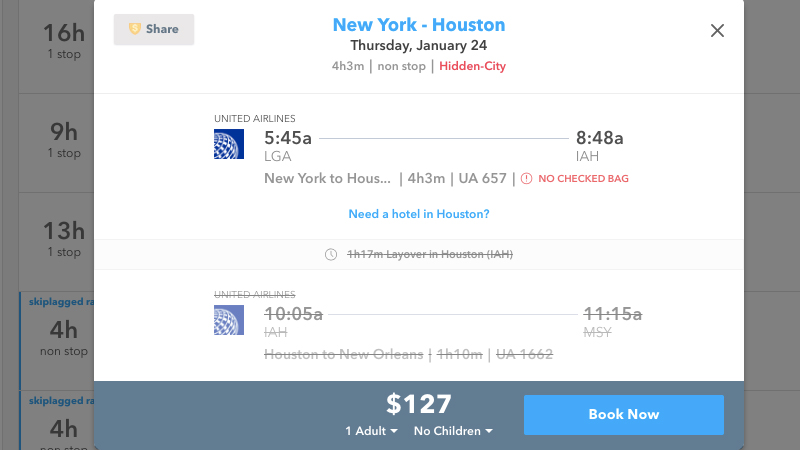 Skiplagged does offer two booking options: The possibility of buying a roundtrip or a one-way ticket. In all cases, it is highly advisable only to book a one-way ticket, because once a flight is skipped, every flight on that following itinerary will be canceled.

Simply plug in the origin and destination (like the actual destination), and Skiplagged will find flights where the destination or the connection meet the criteria.

Getting a direct flight for over $100 less than the normal price.

Okay, let's not bury the lede here: It would have cost exactly the same to buy a "normal" flight over the hidden-city flight, except the normal, cheapest flight was on Frontier and would have taken over 15 hours for a normal 2 hour flight.

Probably not ideal for a flight going from Portland, Ore. (PDX) to Los Angeles, Calif. (LAX), our main example.

The cheapest normal alternative was $133, about exactly the same as the hidden city flight.

The next best flight alternative was $236, about $106 more than the hidden city flight.

For a similar nonstop flight, it would have cost $341, about $208 more than the hidden city flight.

Let's look at this in a quick table.

It was pretty clear what the best option is, in our opinion.

There are a lot of funky risks with hidden city ticketing.

The rules of hidden city ticketing are pretty simple, unless you'd like to get caught.

There are definitely things to consider. For instance, not checking in baggage may be hard if it's an especially full flight and the gate agents go overhead-bin Nazi on boarding passengers. Barring certain planes, regional jets also often don't accommodate full carry-on suitcases, so it's important to know the airline make and method of gate tagging. So pay attention to the actual plane, and if an aircraft swap happens in its place.

To prevent problems, board earlier rather than later and worst-case scenario, there are some bogus claims a passenger can make, such as they need some required medicine or important travel document (like a passport) in the bag as to justify why the carry-on is needed on the aircraft.

Frequent flyer numbers may be safe to enter, as long as it is not a number associated with the operating airline's program. For instance, it'd be pretty hard to revoke those British Airways miles from an American flight that posted. To be overly cautious, though, leaving the GOES number off is not a bad idea, but it would mean no PreCheck benefits.

The legality behind hidden city ticketing.

Hidden city ticketing is technically not illegal, which is to say that is not the same as a violation. It does typically violate the airline's contract of carriage, which is pretty much like breaking a sublease agreement with a roommate.

The lengths that airlines can go to punish travelers can be extreme. In 2015, United sued Skiplagged for $75,000 in lost revenue for helping travelers elucidate which flights were eligible for hidden city ticketing. Though they eventually got the lawsuit dismissed, hidden city ticketing is still a violation of the airline's contract of carriage.

This practice is basically known as hidden-city ticketing and though it sounds really smart, this also falls in the category of mother f*cker advanced ninja tactics and we only recommend you do this in the most extreme of situations. Like if someone is dying.

It turns out that five years ago, I had a nice little potty mouth going. Thank goodness, that seems to have at least changed. 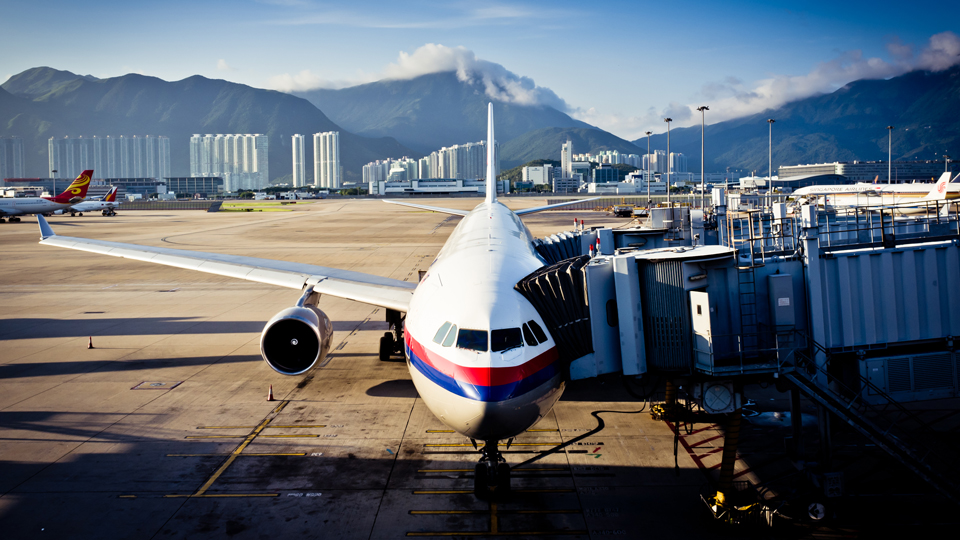 Hidden city ticketing is not advised except in extreme situations. It is still technically a violation of the contract of carriage between a passenger and an airline.