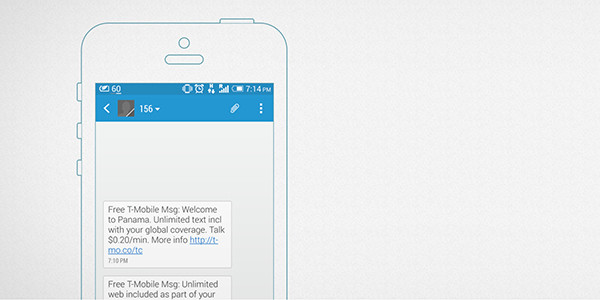 When T-Mobile announced international data roaming would be free last year, I was ecstatic. Obviously, there was no better way to celebrate than by taking it for a spin throughout three countries and two continents. Little did I know that would mean enduring endless Candy Crush requests.

On a series of trips that included jaunts to Canada, Panama and Colombia, I tested data speeds in several cities to see how international roaming performed abroad. Just don’t expect high-speed 4G/LTE or even 3G; in all the countries I went to, the data connection was never fast enough to tether other devices to my phone. But for basic navigation and surfing, it was an absolutely indispensable tool that played well even with VOIP connections like Skype.

Not surprisingly, data speeds varied depending on the strength of a network in a particular location. To get a better gauge of how the different locations stacked up against each other, we also tested the 4G data connection here in New York for a quick comparison point. Though other locations didn’t come close to the speeds we found at home, Panama did the best, followed by Cartagena and Colombia. Our poor North American sister, Montreal, trailed a dead last. On average, the median download speed was .19 Mbps with uploads and pings clocking in at 1.17 Mbps and 856.68 ms respectively for international connections.

It’s worth noting the Panama numbers look a little funny but given our tight connection during the layover we were unable to run the numbers twice.

T-Mobile's free roaming shouldn't be confused with their "on-demand data pass" for international data roaming either. These data passes seem to offer much higher speeds—say like actual 3G?—and tethering at an added cost. During a trip, we were prompted for the service and checked it out: the prices were fairly exorbitant at 1-day/100MB for $15, 7-day/200 MB for $25 and 14-days/500 MB for $50. For these prices, though, I'd rather grab a data-enabled local SIM for my unlocked phone. I decided to pass and powered on with the free option.

I first took the show on the road with an iPhone 4 on hand to Montreal before switching over to an HTC One M8 for later tests. Montreal was the only place where I had some initial setup problems; in the end, it turned out the previous APN settings needed to be cleared. I wasn’t generally thrilled with the speeds I achieved in Canada but it was sufficient enough to do some very basic navigation and surfing — after all, I did somehow manage to get myself to the Jean-Talon market where I proceeded to gorge on delicious fruits, veggies and pastries. It’s hard to pinpoint why speeds were so much lower in the Canadian city, but I think Canada’s mobile infrastructure might be partially to blame for the poor results.

Things seemed to fare a lot better in Panama, where I stopped en route to Colombia. All in all, the HTC One seemed to handle international transitions much more smoothly than the iPhone did; not once did I ever have to tinker with my settings. Though I didn’t have much time to put data speeds through the full gamut, e-mailing, texting, Google Voice and Facebook appeared to work fine. I did try to download a few apps through Google Play which I ended up being forced to cancel because speeds were so sluggish. (The app I was downloading was somewhere in the vicinity of 13 MB.)

I was able to do a greater bulk of the testing in Colombia where it actually surpassed my expectations. For two weeks, it was my lifeline to the outside world. In some fairly remote places, like the Andean region of the country, I was also even able to retain signal and data up to 9,000 feet (approximately 2,740 meters) above sea level. Talk about getting my Facebook fix while trekking amongst cows and clouds. At that point, I no longer knew whether to be in awe of the Colombian telecommunication industry or T-Mobile’s data roaming agreement. 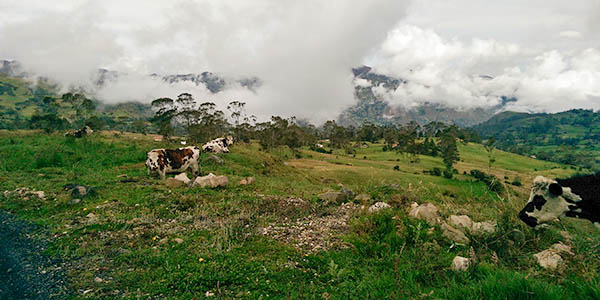 I wasn't kidding about the cows and clouds.

In most cases, I was able to receive e-mails and send text messages without any problem. If you’ve got to get your social networking fix, I had no problem with Facebook or Twitter either. YouTube streaming wasn’t the greatest or smoothest — I often had to let the video to fully download for a few minutes before I attempted to play it. However, what ended up pleasantly surprising me the most was how effortless it was to Skype others.

At one point on the beach in Cartagena, I ran out of cash and was forced to hit up the nearest ATM. When my debit card got declined, the first thing I did was call my bank toll-free through Skype on my phone. Not only did Schwab confirm the problem wasn’t on their end, but not at a single point during the phone call did the representative ever mention that he had trouble hearing me. All from the comfort of my chaise on the beach.

I made several other VOIP phone calls throughout the trip and each time the call quality on Skype continued to impress me. I never had an issue hearing the other person on the other end of the line. Later in Bogotá, I made a traditional Skype call with the mama using a data connection; she was surprised when I later divulged that I wasn’t calling through a traditional Wi-Fi or cellular network. (I should point out that all these calls were voice calls only; I surmised that video calls wouldn’t work as well given how YouTube fared.)

The implications of being able to VOIP successfully abroad and for free are huge. Though T-Mobile charges a flat rate of 20 cents a minute per international call, which isn’t that terrible, it is still substantially more expensive than traditional calling cards or Skype and Google Voice rates. For instance, it only costs 2 cents to call China and the most I’ve ever personally paid for a call was 14 cents to Australia through Google Voice. It’s sad to admit, but perhaps the only thing we did forget to test was the ability to make calls using Google Voice.

As far as billing goes, I have unlimited calls, texts and data with T-Mobile, so the price I’m charged every month is usually pretty much the same. When I scrutinized the bills, there was no discernible price difference during the months I traveled abroad than other months I stayed at home — in fact, it was exactly the same, down to the cent. The magenta, it turns out, held up their end of the bargain.

Truth be told, while it was an absolutely fantastic tool while I was abroad, there was a part of me that was a little bit sad to remain so connected to the world. I found myself glancing at my phone a lot more often, practically as much as I would back at home though those who find themselves having to work on the road a lot will find it incredibly useful. I definitely felt more distracted from my surroundings and what's the point of that when you're on vacation? 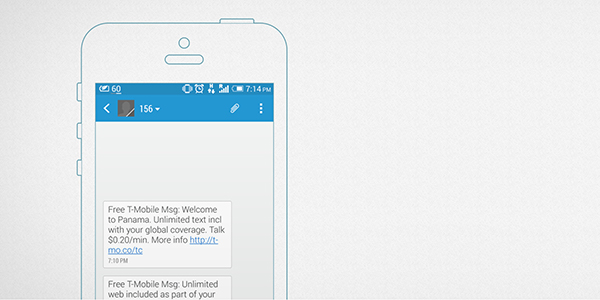