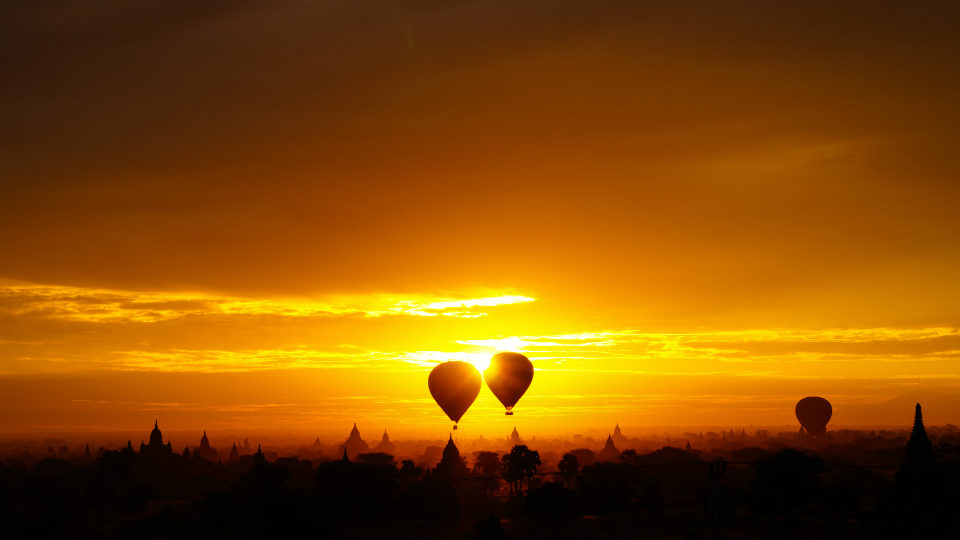 Newsflash: Travel is going to get a lot worse before it gets better. As tempting as it is to pull the sheets over our heads, it is has always been impossible to talk about the state of travel without considering the political climate.

This is not about a travel ban, an electronics ban, revamping immigration, privatizing air traffic control, or even what is going on in Qatar right now (though that's a big deal). No one here's to pick sides—trust me, we all have opinions—but what we're saying is, if you plan on traveling, plan on understanding what's going on in the rest of the world.

That's kinda important. It always has been important, and will continue to be.

For much of history, the ability to move has been political.

Let's consider first the effects of politics on travel.  Perhaps there is not a greater and more relevant example than Myanmar.

The history of Myanmar itself is a turbulent one. In the last century alone, the country has been occupied by the Japanese, and then by the British. It wasn't until 1948 that Myanmar gained its independence. And, for a short-lived 15 years, the country enjoyed some semblance of peace until the government was ousted by a totalitarian military regime in 1962. For the next several decades after that, Myanmar would be embroiled in a political struggle at the cost of everything else. 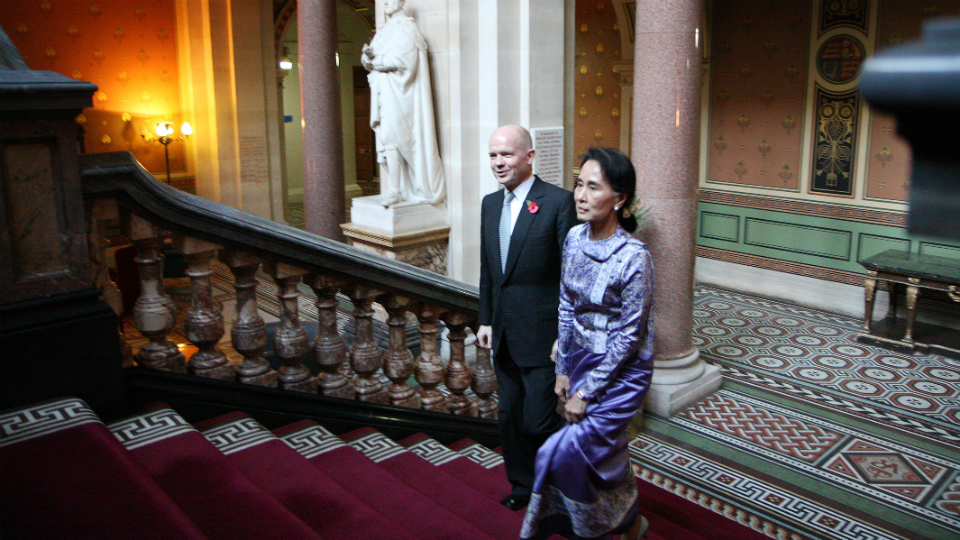 For years, Aung San Suu Kyi, the opposition leader of Myanmar's National League for Democracy (NLD), asked tourists to boycott the country to prevent padding corrupt government coffers. It wasn't until the party began gaining power in recent years that things started changing, and in May 2011, the NLD issued a statement reversing their stance, officially welcoming tourists back into the country.

For most people, they saw it as a chance to travel virgin territory that had been isolated from the rest of the world for years. In a four-year period, tourism in Myanmar had essentially quintupled (473%).

But in a sense, it's not even about closed borders.

There can be so much political instability that it doesn't even make it safe to travel within a country, never mind outside it.

Noted Peruvian chef Virgilio Martínez Véliz mentions Peru's violent and troubled past, which was marked by terrorism in the 70s and 80s, instigated by a communist group known as the Shining Path.

He explains the effect it had among residents on Netflix's Chef's Table:

Does that make you feel slightly better that things haven't reached that point yet?

The role of reciprocity agreements 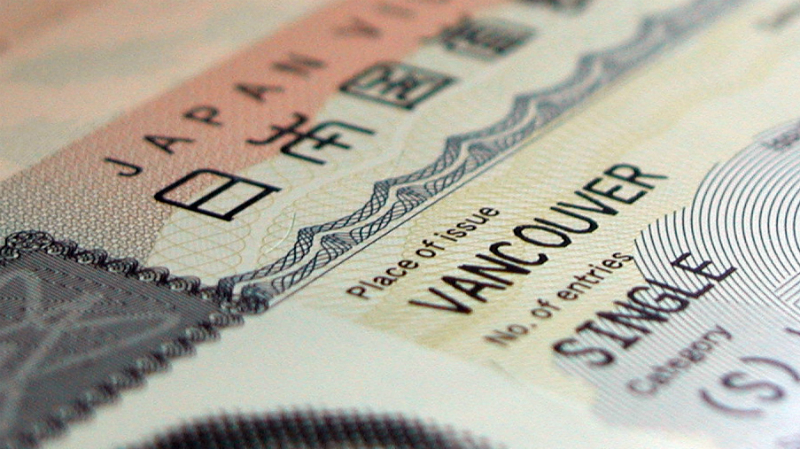 Not surprisingly, the ability and ease of obtaining a visa is generally governed by the relationship by two countries. There's even a formal term for it: a reciprocity agreement.

The concept is pretty simple: I'll make it hard to enter for your citizens to enter my country, so you'll make it hard for my citizen to enter your country. So every time you're bemoaning the fact it's incredibly hard to get a Russian visa, that's what is happening here.

This can affect everything from the type of visas offered, visa length, and the cost to obtain one. At its worst, it can affect immigration policies.

For example, when Trump initially executed the travel ban, a few Middle East countries took their own measures to restrict American citizens from entering their borders. In particular, Iran outright completely banned Americans from entering for a short period. (There are reports that this is no longer the case since the travel ban was deemed unconstitutional by a lower court judge. It has always been difficult for Americans to travel to Iran, but not impossible.)

Here's the more formal description, straight from the the U.S. government:

[Visa] fees are based on the principle of reciprocity: when a foreign government imposes fees on U.S. citizens for certain types of visas, the United States will impose a reciprocal fee on citizens of that country*/area of authority for similar types of visas.

It's not personal, it's business (sometimes).

In this day and age, under The Orange One who shall not be named, it would seem this axiom would no longer hold true. Yesterday's news brings the possible privatization of air traffic control, and diminishing the FAA's current role.

To be clear: There are unsubstantiated Internet rumors floating around that the Trump Organization is responsible for manufacturing air traffic equipment, though we haven't found any clear cut evidence of this (yet). 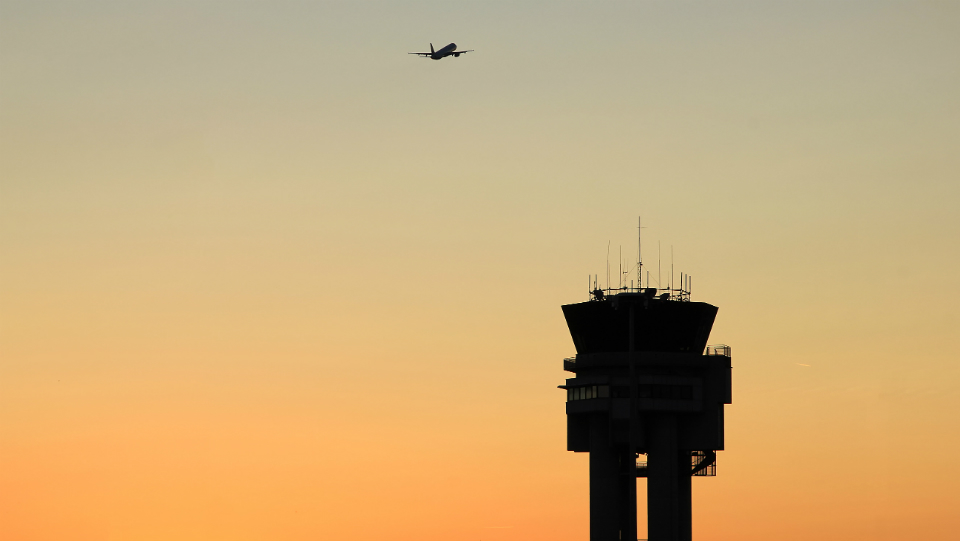 Government influence aside, it's possible air traffic control privatization would lead to greater efficiency but many have expressed concerns that its one closer step to greater power consolidation among the airlines. The FAA may be inefficient, but ultimately at the end, it exists to safeguard the public interest. However, that would also disregard plenty of models around the world where private air traffic control works, so the jury is really still out on this one.

The electronics ban is also another example of business as a political attack. Most people are aware that this is a major inconvenience: Even 47% of Map Happy readers report they would avoid flying on certain airlines to avoid the electronics ban.

There are more far-reaching repercussions. In April alone, Emirates, arguably one of the largest airlines in the Middle East, if not its largest, slashed flights to the U.S. by 20%. The airline said that the rate of bookings to the U.S. dropped 35% overnight following the ban.

In May, Skift reported United would also drop their interline agreements with Emirates, flydubai, Qatar, Royal Jordanian, and Saudia.

One Mile at Time does a pretty great job summarizing why this is such an important development:

The most basic aspect of interline agreements is that it can allow you to check bags across airlines and tickets. Now you’ll no longer be able to check a bag from say Newark to London on your United flight, and then have it automatically transfer to your London to Dubai flight on Emirates. That means if you book such an itinerary, you’d have to go through immigration, exit security, claim your bag, and re-check it... Interline agreements also allow airlines to rebook their passengers on other airlines during cases of irregular operations.

Not good news for any of us, methinks.

Then there's the Qatari crisis

So when does this stop? Meanwhile, over in Qatar, there's a crisis brewing. Egypt, Saudi Arabia, Bahrain, United Arab Emirates and Yemen have officially ceded ties and cut all travel—land, air, and sea—almost overnight. To add insult to injury, Qatar Airways is also no longer permitted to use Saudi and Egyptian airspace. It's like something out of a movie, it's all so comically bad. 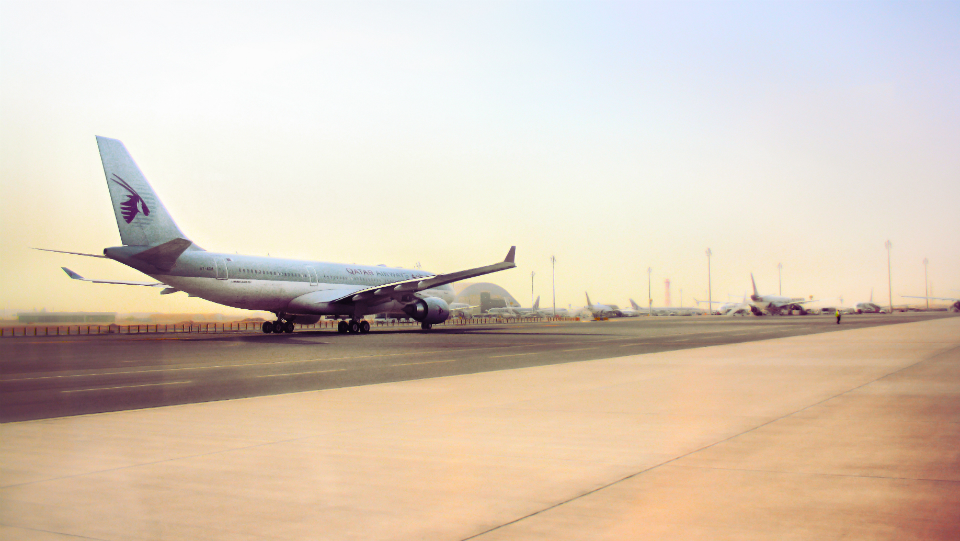 No one is suggesting Qatar right now. (Juanedc.com / Flickr)

If you were planning to transit through Doha, please refer to Qatar Airways' notice on impacted flights.

But even if you agree the Doha airport is a wasteland that has a special place in transit hell, let's agree this will significantly impact travel across the board. In 2013, the airport received 23.2 million passengers alone.

Last year, there were 3.8 billion passengers worldwide, and 26.6 million people of those reportedly boarded a Qatar Airways plane. Though that's shy of 1% overall passenger traffic, it's important to remember Qatar does have a relatively outsized presence for a country of its stature.

At worst, Qatar Airways may soon become a shell of its former shell as it is isolated from the rest of the world, standing to lose up to 30% of its revenue, according to Bloomberg.

That's it, folks. Until next week's edition in how politics will affect travel once again.

Prepare for a dark age in travel. Also, no one is suggesting you fly on Qatar Airways or transit through Doha right now.