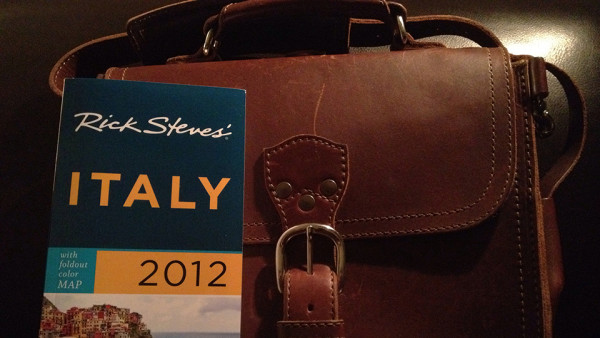 I take it if the guy has launched a business empire on European travel, he probably knows a thing or two about trip planning.

Naturally, I’m more of an Anthony Bourdain girl. Mostly because there’s an inner fat kid inside of me struggling to get out. The man definitely does not mince words, either. ("Rick Steves has to be nice, and he has to wear mom jeans. Wouldn't it be great if Rick Steves got like completely hammered? I'd love to do a crossover show with him, get him all f---ed up and in trouble.")

But for how little I’m interested in any of the Rick Steves products, stumbling across how the travel guru plans trips was a delightful little gem. If you really have zero idea on how to plan a trip, this USA Today article written by the master is a start. I definitely don’t get as scientific as Steves, but the logic is essentially the same.

Itinerary planning usually ends up being dictated by the limitations you have; and once you understand that, you’re halfway to the end ballgame. But before you get bogged down in details, think big picture first by jotting down everywhere you want to go. You’re basically taking a big hunk of meat and slowly trimming the fat from it. Says Steves:

Once you make a list of destinations, group them geographically. Circle your destinations on a map, then figure out the most logical order to visit them. Write down how many days you'd like to spend in each place, and tally it up. Compare that number to how much time you have for your vacation--then, if necessary, start cutting.

To pare down your itinerary, minimize redundancy. If both the Italian Riviera and the French Riviera are on your list, ax one. Instead of mountain hopping through Switzerland, focus on a single part of the Alps. You don't need to see multiple English university towns. Choose one (I prefer Cambridge over Oxford).

The gist is that you should be striking a balance between types of destinations as well as managing your pacing so you’re not overly rushed or exhausted by the time you come home. (Though, I understand if you’ve only got 38 hours and 2 minutes to do a whole tour of London. Good luck.)

Steves then suggests scheduling stops according to days of the week (for instance, a festival may only occur on a weekend) and to consider a GREAT budget tactic that lots of backpackers employ: taking an overnight train to your next destination, to save on hotel and time.

One type of trick he suggests is to employ the “base” method, which is a variation of the classic loop itinerary. It basically means that you establish a city as your base city, and make small day trips or excursions out to neighboring towns. It’s probably the least hassle and most stress-free tactic in planning an itinerary.

Another method I’ve used to plan trips is to adopt the classic “loop,” which typically works well if you’re flying in on a round-trip ticket. Basically, your aim will be to make a big circle around the region instead of crisscrossing and backtracking. If there is no other city you want to visit on the way back, though, the loop usually ends up being a waste because you’ll end up shelling more money to get back to your original start point for no reason at all.

If you’ve got enough foresight to figure out where you actually want to go, and prices aren’t stupidly prohibitive (which they can be), you might want to consider buying two one-ways, one to your destination and one from your final city to back home. This completely eliminates backtracking, and, in many cases, can be the same price as doing a loop considering the added cost of getting back to your original start point. For the sake of consistency, let’s call this the “open jaw” method.

It’s important to point out that you can basically use all of these methods on the same trip. For instance, you can fly into Buenos Aires and depart from Bogota up north using the open-jaw method. It is possible that somewhere, along the way, when you’re hanging out in Santiago, you decide to employ the base method to cover the towns nearby. Any of these work; it’s basically all about how fast you want to get to one place from another.

Even then, Steves points out you don’t have to stick to the rules when the map is finally laid out. You can do whatever you want, if you change your mind. The whole purpose of “an itinerary simply allows me to see that that extra time in Siena will cost me a day in Florence.” Right on the money.

You wear all the mom jeans you want to, Rick Steves. 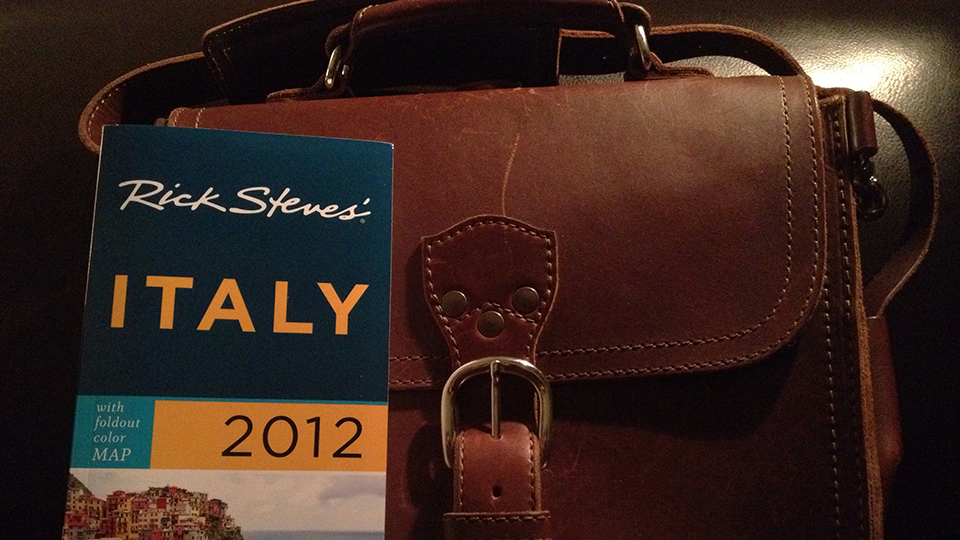