Bike riding is one of those activities that a lot of people have a mental block on doing on their own, though there is no discernible reason on why it should be avoided in the first place.

(Other than getting hit by a car, dying and having your corpse left behind to rot.)

It has a lot of similarities to those other quirky travel skills, like driving on the opposite side of the road, and horseback riding, in the fact that you realize it is actually not so wildly hard once you do it, and you kinda feel like an idiot afterwards for feeling so hesitant.

Riding a bike in a unfamiliar city, is not death-defyingly hard. In fact, many people would say... it's almost like getting back on a bicycle! Okay, I couldn't resist.

It's a fun method of transport that doesn't limit riders to public transport routes, enabling them to get to hard-to-get places, while being able to enjoy the sights and sounds above ground.

Here's how not to successfully die, because if I can do it, you can do it too.1

Get someone to inspect the bike.

It may seem like common sense—again, not so common—but definitely have whoever who is handing the bike over, whether that be friend, hotel, bike rental or tour operator do a quick inspection of the bike before you take off. Check those things like tire pressure, et. al. (I definitely do not know how to check for those!)

Because it's a lot harder to deal with the problem later on the road. 🤔 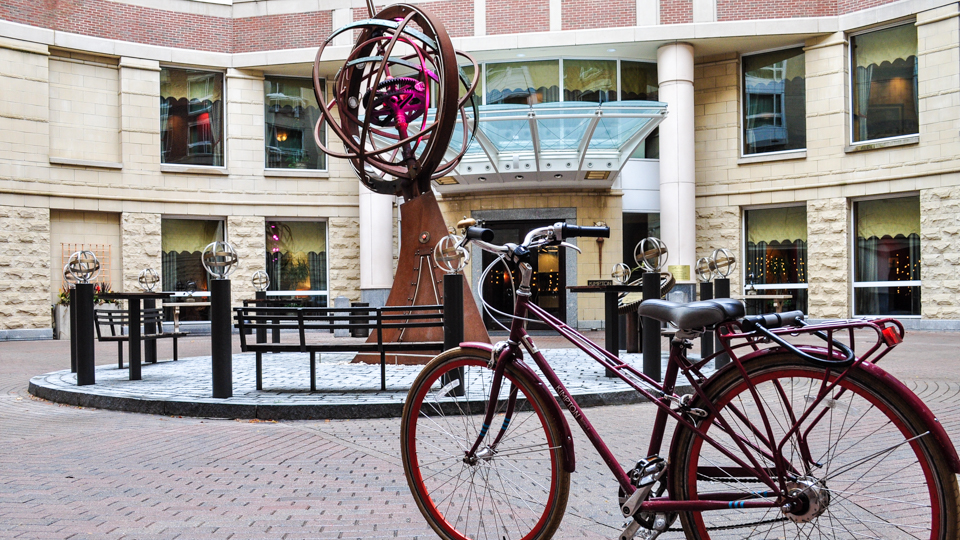 Some hotels, like the Kimptons, offer bikes to its guests.

The wind sucks. Now imagine being on the bike, pedaling in the low teens, and being susceptible to the elements with an additional speed factor. So, dress up, and add an additional layer for warmth.

More importantly, it tends to be the extremities like the fingers and neck that are the most affected, so its a good idea to wear scarves and gloves (especially in the fall and winter).

If you insist on bringing a bag, backpacks are probably the best form factor for hauling things around. Sling backpacks and messenger bags are particularly popular for biking for a reason.

Know the lay of the terrain, and basic road rules.

Biking is definitely an activity that would not be recommended the first day of visiting a place. It's sort of an activity once you've figured out how a city is laid out (is it a grid system? are there intersecting highways?) and once you understand if it's flat enough to easily traverse (I refuse to bike San Francisco hills).

The League of American Bicyclists has a handy little guide that breaks down the laws in each state. Regardless, that shouldn't prevent you from biking in other places outside the U.S. — I've biked in Amsterdam, Beijing and Australia on occasion with others. 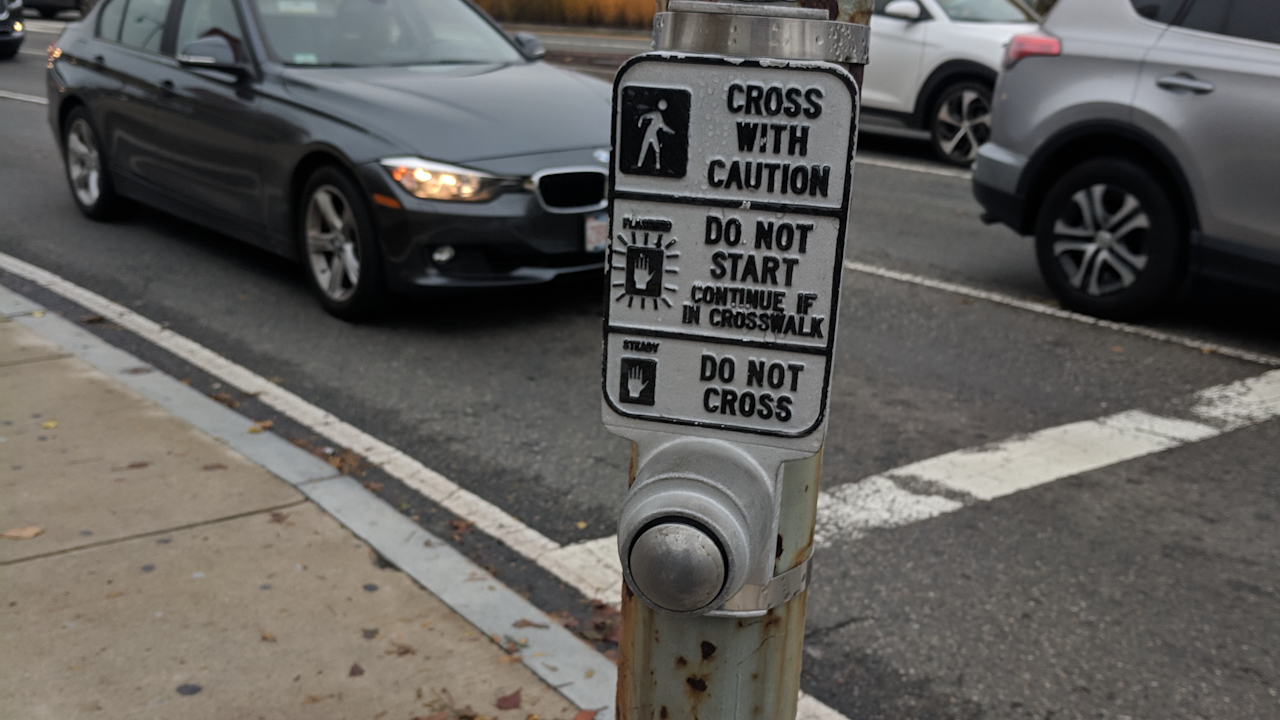 Here's a few things to figure out:

Being on the (actual) road.

It stands to say that this is not the time to listen to music on the road, or use Google Maps turn-by-turn directions. Do not jam to Macklemore, and pay. attention. to. the. road.

Much like driving a car, this is the time to pay attention to the road. It'd be slightly different on a well-trod and familiar path, but the assumption is that this is being done in a city that you have significantly less familiar with.

In order to get directions where you need to get going, Google Maps can be useful in scoping out the route beforehand. This is also the time to get a good grasp on it before heading off. The easiest bike routes generally head in one direction, or along somewhere boringly easy, like around a river bend.

In fact, to cement it into working consciousness, the old school technique of taking handwritten notes works well. Like studying in school, this time-honored technique works well because "taking notes by hand forces the brain to engage in some heavy 'mental lifting,' and these efforts foster comprehension and retention." Scientific American says so.

Below is a quick refresher on biking signals.

The other problem with wearing headphones is that riders lose out on a lot of audiovisual cues, from other pedestrians, riders, and vehicles. This is great for not getting hit by for a car, and sometimes other riders and pedestrians can *help out with directions,* omg.

On a quick sound note, it sounds idiotic, but if you're biking on the road, pay attention to the cars parked on the side of the road. Plenty of bicyclists have gone face-to-face with a car door as soon as an unwitting driver opens their car door. Dooring is a real thing, and has been known to cause fatalities.

There are also plenty of asshole drivers that don't signal.

For some, this is basic. For other people, like me, who haven't owned a bike in almost three decades this is a quick tutorial on what to do.

The most common bike lock is the U-Lock. These are commonly set by a number combination, and in oder. In order to release the latch, slide the horizontal knob to the other side. Flex those finger muscles!

The quickest way to lock a bike if there is no bike rack is to simply but the lock between the spokes of the wheel and the frame to lock the wheel so it can't turn. This will prevent any thieves or any shady college students from running off with it.

Obviously, once you lock it, the best thing is to change the combo to prevent others from taking it. 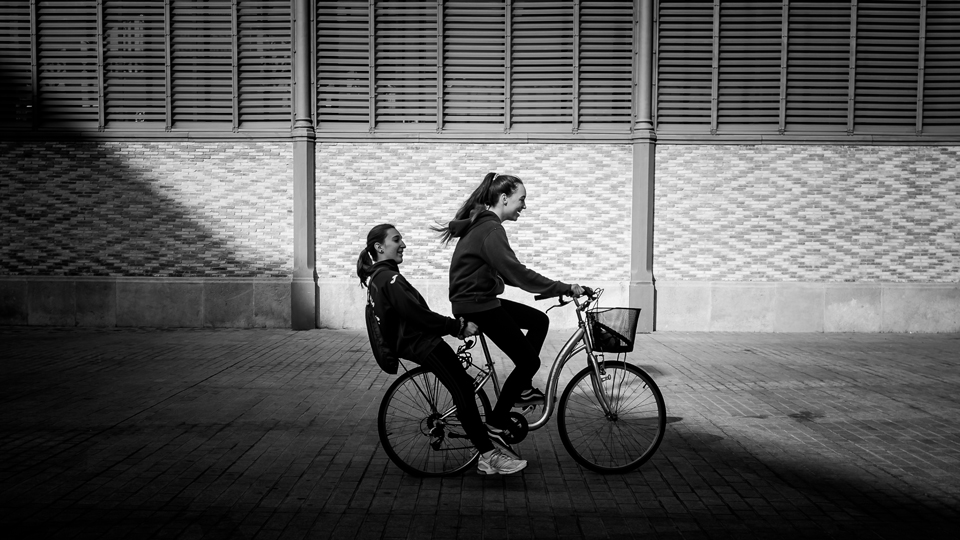 Here's how to not successfully die: