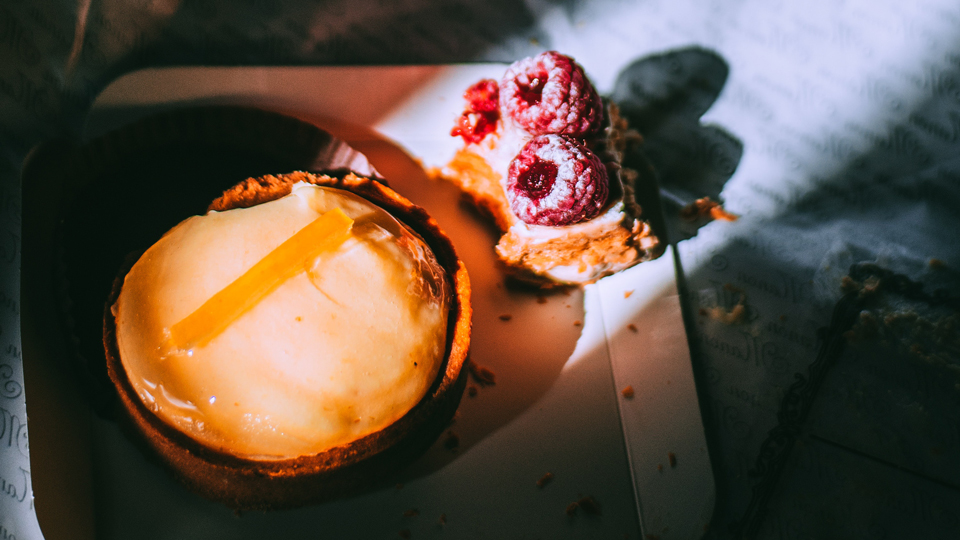 Nothing says adulthood like learning to make a pumpkin pie from scratch. I’ve already started baking pumpkin and salty honey pies in prep for a real gutfest.

The problem is that this year I won’t be heading home until the last minute or so. Unfortunately, this means I’ll probably have to prebake the pie a day or two in advance to let the flavors meld together before carrying it onto the plane. Thankfully, there’s no real TSA rule that forbids pies on planes.

I’ve carried anywhere from meringues and cream puffs to desktop computers with me so I guess I’ve kinda cornered the market on carrying weird things on planes. (I almost once took a guy up on his offer to swap his first-class seat in exchange for several boxes of Girl Scout cookies.)

Pumpkin pie, in comparison, is easy to carry on a plane and there’s more than several ways to do it.

Skip the check-in. These are the type of things you want to stow underneath the seat in front of you; the purse can go in the overhead bin for once. I’d highly suggest bringing a pie that has at least been allowed to rest for at least one night in the refrigerator; freshly baked pies will have a harder time surviving the trip.

The pies should keep pretty well at room temperature, whether it’s for 30 minutes or five hours.

The easiest way to transport the pies is to put them in a pie box. If I want something slightly sturdier since, ahem, I can be quite the klutz, I would opt for a pie carrier like this Pyrex Portable Pie Plate.

(The major downside is that you just have to carry it back on the return trip. After spending all that time butchering and pureeing a bonafide pumpkin, it may be worth it though.)

There’s a lot to suggest most people are probably overthinking and overanxious. MetaFilter user brainmouse points out a few years ago:

My sister recently flew with two pies that we made. They were wrapped in plastic wrap and then in standard cheapo disposable cardboard pie-carriers. There was a pecan pie and a berry pie. I believe she put them under the seat in front of her and was careful not to step on them and there was no problem getting through security (with the exception of the apparently good-natured security guard making jokes about needing to know what flavor they were before he decided whether or not to confiscate. But seriously, it was fine). They made it home just fine and were delicious.

If you’ve gone pie-crazy and plan to carry on multiple pies, the only thing that happens is the klutz factor gets amplified. Martha Stewart via The Kitchn suggests using bamboo steamer baskets to transport more than one pie for an elegant, tiered solution.

Better yet, plenty of these baskets span 9 or 10 inches in diameter, which is pretty much the ideal size. This is actually my favorite suggestion. 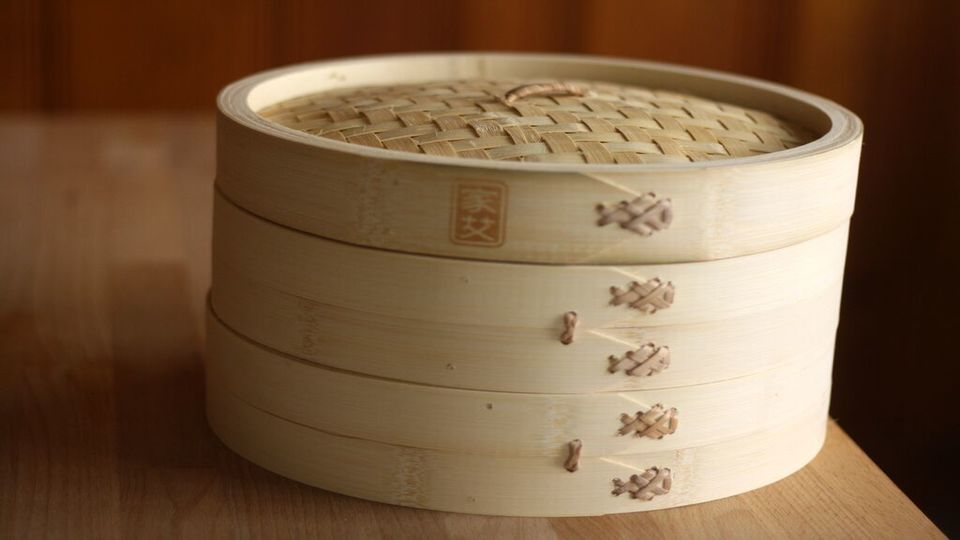 There’s a couple of other methods, including this one from Chowhound user erican (for those truly serious about their food and pie):

I used a largish tupperware cake holder ($10 from target) to carry them. After putting the first pie on the base, I put the ring from a large springform pan around it and tightened it. I put a plate on top of the springform base, and the second pie on top of that. Then I tucked in dishcloths around the bottom of both pies to keep them from shifting inside the container. I have used this method for carrying pies on long walks and car rides as well, and it always works like a charm… you have to be sure that the crust on the lower pie does not overlap the rim of the pie pan, or it will get crushed by the springform.

At the very least, it’s a good idea to have at least some liner or padding around the edges if you’re just throwing it into a box to prevent the pie from shifting and being destroyed. No one wants to eat a squash-ed pie.

Underneath the seat in front of you in a pie box, portable pie plate, or bamboo steamer basket.

There's nothing more fun than watching a pie slide down the plane cabin aisle on descent!