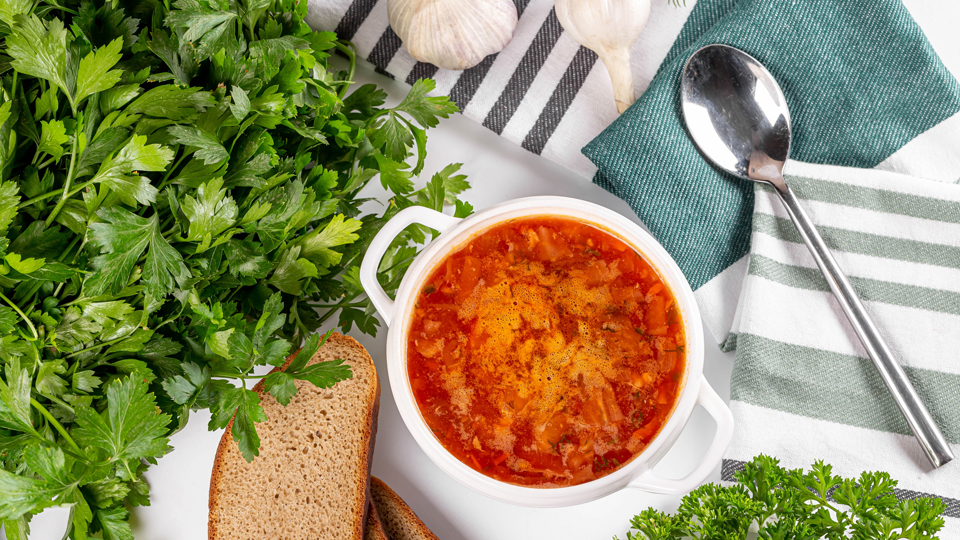 No more jet-setting half around the world on a whim, eh?

For most of us, we are finally exploring a place we usually aren’t: home. If you never had time to figure out how to navigate–or organize–a house properly, here’s how to make it more efficient and sustainable, while reducing your environmental footprint and costs (simultaneously!).

Think of it as atoning for all those travels. Even if saving the world isn’t part of your joojoo, do it for the moooney.

Binging on Thanksgiving in a properly decked out house for hygge, with great reasons to feel good all around? Count us in.

Kitchen towels aren’t meant for decoration, they are meant to be used. This is one of the simplest things anyone can do to save a little (or lots of) money.

There’s no need to be fancy with kitchen towel choice here, unless you’re feeling like so, and they are relatively inexpensive.

Keep in mind that there’s always going to be one “throwaway towel” – you know, the one that gets sacrificed to the grease and stain gods. Designate it for those oily, turmeric-stained, headache-inducing jobs if you want to keep the other ones relatively eye-pleasing.

(That said, paper towels are handy for super greasy jobs, and while it might be impossible to eliminate them completely, it is possible to reduce heavy usage of them, almost up to 80% in our daily experience.)

Here’s some quick math: Say there are five kitchen towels purchased at $5 each (total $25). Assuming you take decent care of them and wash them, they will several years (time-tested by yours truly).

By comparison, a Costco 12-pack of paper towels costs $20. Assuming you go through a whole roll per month, they will only last a year. It doesn’t take a lot of complicated math to see how quickly that adds up over time ($20 x however many years?).

Its clear kitchen towels are the better value here.

For things that aren’t as easy to replace so sustainably (say, toilet paper), consider a bamboo-based toilet paper like Grove Collaborative’s collection, which, when purchased in bulk, is comparable in price to some of the cheapest toilet papers around

(It is also one of the best toilet papers I have ever used, and yes, on occasion, I may feel a little smug that I’m saving the planet every time I wipe my behind.)

It’s not being about cool or trendy. It's about economy. 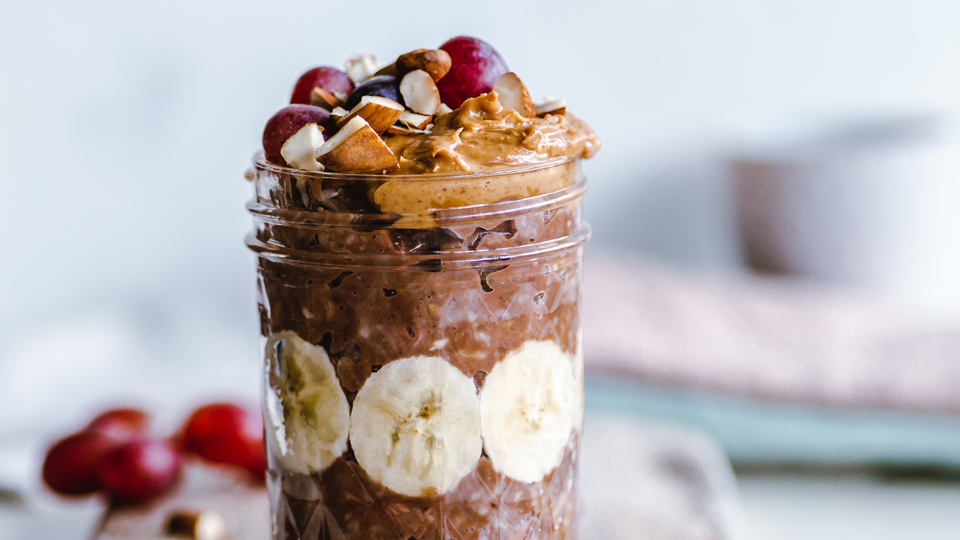 Mason jars, purchased in bulk at the right places, generally cost less than $1 per jar. For instance, a 12-pack of 16-ounce Mason jars cost $10.49 at Target, so runs 85 cents per jar. Show me a piece of good Tupperware that costs less.1

It almost doesn’t matter that Mason jars are airtight, non-reactive, and dishwasher-safe, which most Tupperware is not. They are also great for fermenting, pickling, making candles and storing random trinkets and treats in. Or using as a drinking cup!

Nothing gives me greater glee than pulling a warm Mason jar out of the dishwasher, in its fully sanitized and bacteria-killed glory.

Stored foods last almost twice as long in the fridge in these jars, and it’s practically a guarantee gifted jars won’t be returned unless you ask for them back. They can also be thrown into the freezer easily. (HOT TIP: Use masking tape and a permanent marker to label the jars.)

For what it’s worth, though most plastic is BPA-free these days, there’s zero safety and health concerns about heating things in Mason jars.

Ziploc bags aficionados can also consider investing in a Stasher-like silicone-based set of baggies. These are good for foods that just… may need to lie flat for space-saving. 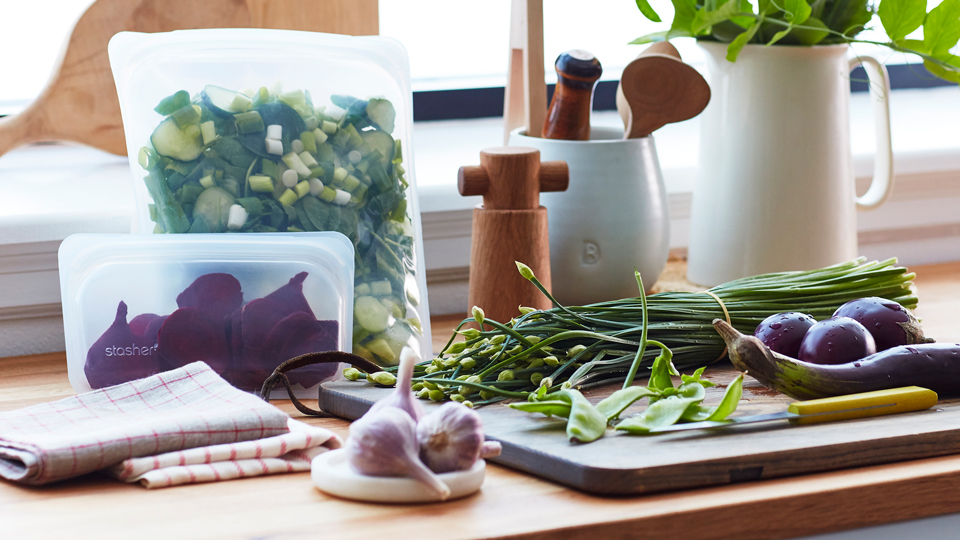 Death to the Ziploc bag. (Courtesy of Stasher)

(These things also happen to be great for sous vide, if that's a cooking hobby you'd like to undertake.)

By comparison, let's consider the cost of buying Ziploc bags in gallon, quart and snack sizes, all of this which can easily add up to $15 per set. Assuming each set lasts about a year, it's pretty easy to extrapolate the costs over time: $15 the first year, $30 the second year, $45 the third year, $60 the fourth year, $75 the fifth year, and by now, the Stasher bags, a one-time cost, look like really good value.

Especially if you can get the latter on sale. 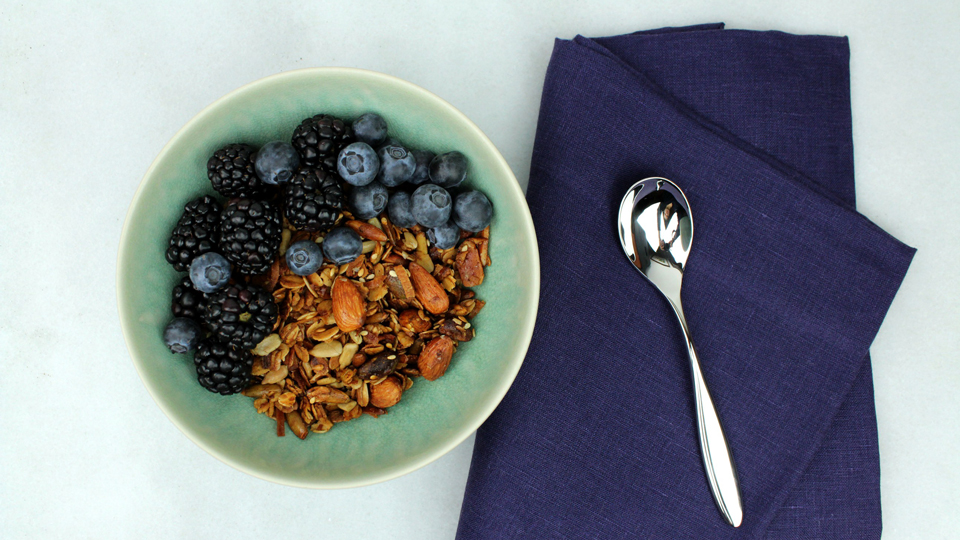 Again, the paper versus cloth argument.

Meanwhile, it’s possible to purchase a 150-count of paper napkins at Target for $3.39. Assuming you only use one napkin per day, more than realistically, it would take double that for the entire year.

Here’s how that price extrapolates over a growing household over time:

By the way, I have never done anything so extreme such as calculate the cost of paper napkins over a decade, so I guess there is a first time for everything.

How are those linen napkins looking now?

The magic trifecta of baking soda, vinegar and castile soap

Pure castile soap is amazing, and can be used for almost any hard-hitting stain or greasy job. In fact, Dr. Bronner’s has long led the way in this regard (and no surprise, its freaking great for travel.)

(For best value, the 32-ounce bottle of Dr. Bronner’s costs $15.99 and lasts about a year. Both baking soda and vinegar run about a $1 in most places, so that’s about $18 for the majority of cleaning supplies for a year.)

For slightly tougher jobs, baking soda and distilled vinegar fill in the gaps that castile soap can't handle. Simply make a water paste–meaning add water to one or both of those ingredients–and let it sit on the problematic area for a couple of minutes, and then scrub. It will take care of 90% of serious cleaning jobs.

Vinegar has a slightly acidic composition which can cut through fussy compounds, while the baking soda acts as an extremely mild abrasive for sensitive surfaces, though it is always recommended to test inconspicuous surfaces first.

For everything else, there is Barkeeper’s Friend and Windex. You heard it here first.

If you never had time to figure out how to navigate–or organize–a house properly, here’s how to make it more efficient and sustainable, while reducing your environmental footprint and costs (simultaneously!)

Save the money, save the planet. Makes sense!