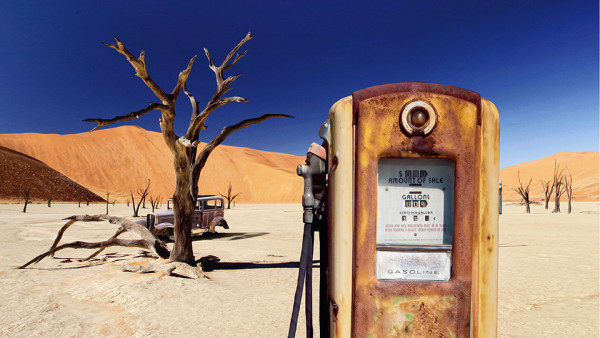 Riddle me this: How do you pay for gas at the pump when it asks you for a five-digit zip and your zip code isn't five digits? Basically, if you aren't American?

There's nothing else that seems to stump my well-traveled, international friends the most. (It's usually rectified by asking if they can spot me the money back.) However, there are workable solutions around this depending on what country you're coming from.

Most gas stations won't work with just any zip code—it does need the correct billing zip code!—but there have been a few codes that have historically worked in the past for foreign cards. These include:

Swedish and German visitors probably luck out the most because both countries have five-digit zip codes and the success rates for paying at the pump seem to be significantly higher. Swiss cards tend to have the least trouble, where German cards still have mixed results but are far often less trouble than those from other countries.

Canadians reportedly just need to enter the numbers from the postal code of the Canadian city where they live plus 00. Stack Exchange user alx9r writes:

According to Edward Thompson, another Stack Exchange user, points out this makes sense because:

Software implementing AVS (the mechanism of credit card verification that verifies addresses) is expected to send only the numeric parts of the address and/or zip code (e.g. if your billing address is "42 Anystreet Ln," your address is only verified as "42").

Australians have it a bit simpler than Canadians, though. FlyerTalk user ajnz reported it was possible to use an Australian-based card by tacking on an extra 0 to the normal four-digit Australian code. We didn't get a chance to test this one out, though.

In case any of the codes don't work, it's simple enough to go see the cashier attendant who can override the system. Note the gas pump number, put a set amount of cash/hand over the card, and then go back to select the diesel grade to pump. Any unused monetary amount gets refunded.

Worst case scenario, it takes an extra 2 minutes before you're on your way again.