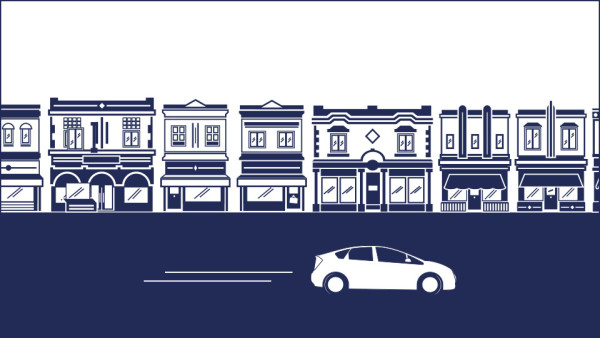 Once upon a ye time, Uber announced it'd be partnering with Starwood. But this is clearly turning into a thing now.

Since that announcement, Hilton announced it would be partnering with the ridesharing service in September followed by an IHG announcement just a couple of days ago. Here's the full rundown to keep everything straight:

Updated: October 26, 2017The Starwood and Uber partnership is being discontinued as of December 17, 2017.

Power users should mark Starwood as the hotel chain of choice. The deal between Starwood and Uber is the most lucrative.

Like we previously mentioned when the deal was announced, SPG members are at least guaranteed to earn one point for every dollar they spend with Uber. The rates also fluctuate depending on whether you’ve got status with Starwood and you're currently staying at one — clearly, the more status a hotel customer has, the more points are earned. 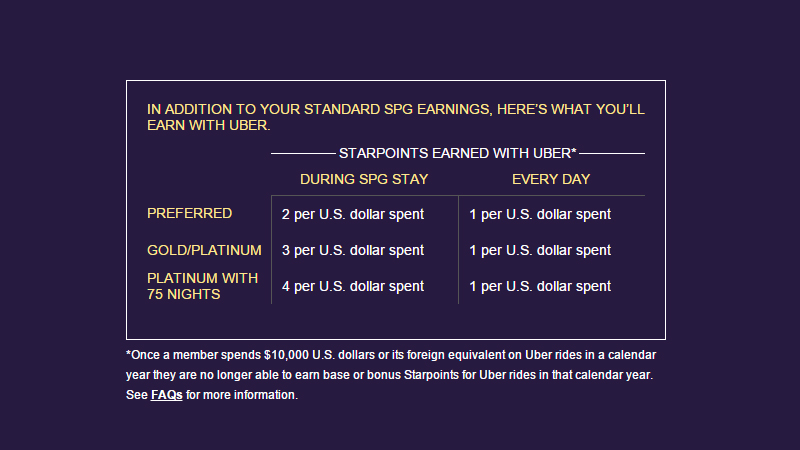 In order to qualify for the promotion, guests must link their SPG account to their Uber account and must have at least stayed once with a Starwood property for the current calendar year.

There is a limit of $10,000 USD per calendar year but that's a loooot of Uber rides most people will rarely hit. And if you hit it, you've got other problems.

Hilton feeling a little left out of the loop? I think so, because this partnership just pales in comparison.

The only Uber offers in conjunction with Hilton is 'Ride Reminder,' which will “send a push notification or text and the hotel's address is automatically set in the Uber app.” Okay.

There's also a 'Local Scene' feature in the Hilton HHonors mobile app that provides members with a list of the top venues most frequented by Uber riders in each city. I won't lie, it does make me somewhat curious as to where people are actually going.

The Intercontinetal partnership is similar to the Hilton partnership, with the slight exception of a better bonus for first-time Uber users. The problem is, I'm not sure who hasn't used Uber yet?

First-time U.S. users can earn 2,000 IHG Rewards Club points and $20 off their first ride, which is better than the standard sign-up bonus ($20).

There are some similar features to the Hilton partnership such as the Ride Reminders, which will come in place into 2016. But all in all, it looks like Starwood managed to score the exclusivity clause on this. First mover advantage, yo.