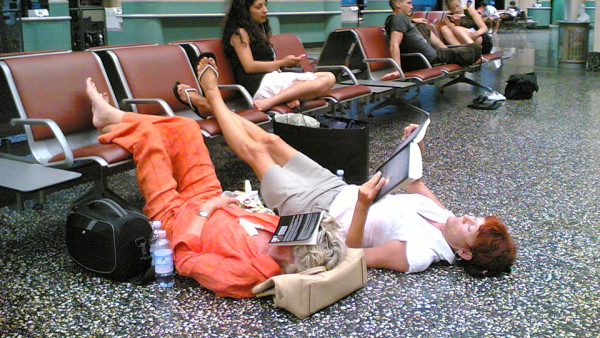 If I had a dollar for every time I thought I might miss my flight because I didn’t book a long enough layover, I’d probably be able to buy myself a steak. Short layovers can be a good thing; but too short and you may miss your connecting flight.

You think I would have learned my lesson the first time, but it’s still a struggle putting it into practice. I can’t stand horribly long layovers—who isn’t bored out of their mind?—but it wasn’t until I was huffing and puffing (sprinting would be more like the word) through Singapore’s Changi airport with another random passenger that I decided it was time to stop.

What sucks is that there is no standard rule for what a minimum connecting time is. Not only does it vary from airline to airline, but it depends on the airport you’re at and how far the terminals are from each other. I think it’s pretty safe to say you’ll need about 90 minutes to connect to most flights; however, 45 minutes is seriously pushing it unless you’re in the most efficient of airports. However, airlines usually won’t sell you a ticket if they’re not confident they can get you to your next flight. Usually.

If you’re on a single itinerary with one airline, the airline should know that you’re coming. In some cases, they will hold the plane for you… but sometimes they won’t. The gate attendant’s job is to get the plane out on time, because when there are delays and a plane arrives late, it costs the airline money (a big round of applause for a huge “duh”) and it affects those really important operational statistics that airlines are oh so concerned with.

If you’re transiting through a major country like the United States or Australia, be aware that you’re going to have to go through customs and security at the first city you land at before you can continue on to your final destination. (Please note that not all countries do this; just some. Singapore is another example.) This wasn’t something I learned the hard way, since I usually stop at Los Angeles when I go home. When I flew to Texas from Beijing, with just two hours at SFO, I probably ruffled a few feathers at security checkpoints. Fried and frazzled, I barely made it to my gate. In this case, two hours would be the minimum time I suggest.

There are a couple things you can do if you’re running short on time, literally. You can tell the person checking you in, but that won’t help much except maybe getting a closer seat to the front. The flight attendants do have a list of those making connections, though, and once you’re seated you can alert someone on the plane.

In some cases, they’ll move you up just right before the plane starts descending. (If you’re lucky, you might be able to sit in first class for 15 minutes!) There have been stories that, on occasion, an airline representative will be at the gate when you land to help you get to your gate, with one of those mini-cars to help you. Don’t count on it though – you just might have to high-tail it.

Please note: I am not an expert on which countries require you to go through security when transiting — this is often required when *entering* the country, not leaving it, usually. To my knowledge, U.S., Canada, Australia and Singapore require you to clear customs at the first port of entry. For travel between Europe, customs and security protocol may vary if you are traveling within a country that is part of the Schengen zone. 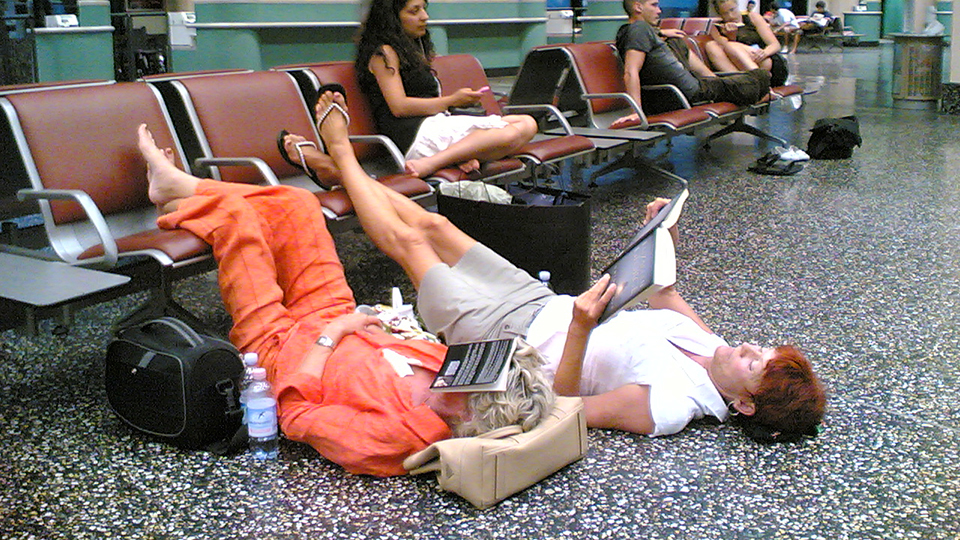