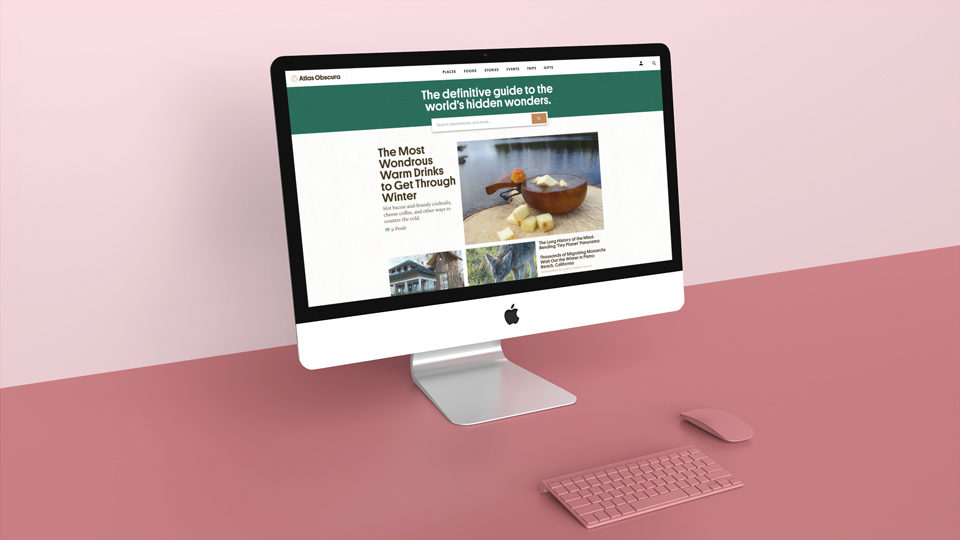 Looking for something a bit kooky to visit? Here's how to navigate Atlas Obscura for the next trip, short of building a master adventure map.

The premise of Atlas Obscura is something like this: It's a user-generated world atlas curated by a bunch of travel dorks.1 The places are wondrous, strange, and a tad obscure. Think National Geographic for a younger age, before it became a shell of its former self.

It's a great place to learn about attractions that always don't make it into a typical guidebook, or to think of new places for a second visit. It also doesn't require busting out a 60-minute Netflix documentary to learn about a few places (and is very friendly to whittling the work day away).

The places themselves are not always obscure, or sometimes way too obscure, but semantics and perspective aside, it's another great source for exploring something different.

There is evidently some bias to some of the locations and places featured. For instance, London seems to be overrepresented with 248 places, while Hong Kong, another world city, is represented by 18 places.

The weirder the place, the less obtuse the locations seem to be in the case with Georgia, Jordan, and Lebanon, places where there are seriously cool things. That's 25 places, 10 places, and 12 places for entire countries.

Okay, I get this is a user-generated atlas, and I also know its a case of calling the kettle black cause I don't have time to be the Wikipedia or Atlas police either. I don't get paid for that.

The next screen will take let users select a username, which seems like it can be changed at any point in time, or let you proclaim yourself the Queen of the Internet.

Hey, if the Internet said it was true.

Places been, places to visit, and lists.

From there on out, it's a matter of building out that special map. Places are subdivided into categories: places been, places to visit, and lists.

Talk about putting those travel accomplishments on display. (Of course, it is not about trying to one-up everyone, but finding inspiration to travel more. *cough*)

But with a few clicks, your user profile can look like this.

This is really built by categorizing and incorporating places that are listed on the atlas.

Each listing underneath a place has three buttons to sort them. Here's a quick key.

Atlas Obscura uses the Google Maps API to pretty much collectively mark where a person has been or is interested in visiting, though there is no way to make things shareable beyond creating a list.

Making lists, and sharing them.

By default, lists are made private. Fantastic! But unfortunately, there is very little fun in keeping things to yourself. 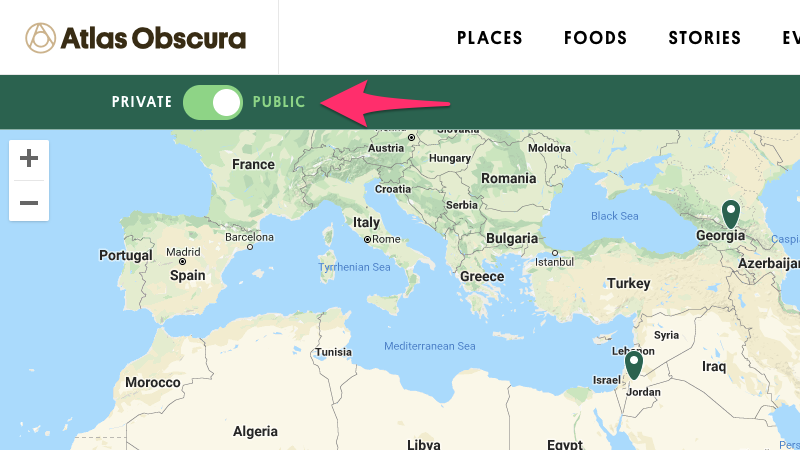 One simple toggle will allow users to turn "on" and "off" maps so that others can see it.

This sample Middle East list is a primary example of what can be shared.

The main downside of this tool is lists primarily live on the Atlas Obscura platform, so if a friend wants to create their own lists, it will ask them to sign up in order to participate. (There is also no way to co-create lists.)

But it's not like Google Maps is going to build this for you, right? Happy adventuring until then. 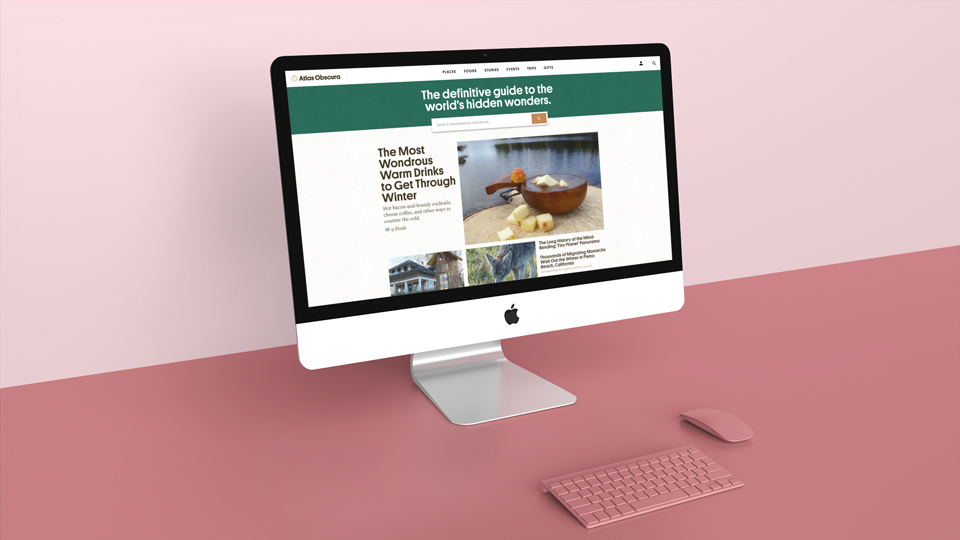