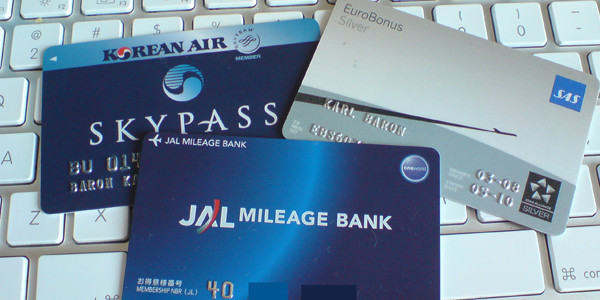 Ironically, the program I hate the most is also the one I'm the most loyal to.

Having divorced parents, I learned to travel alone pretty fast when it meant crossing state lines to see the old folks. Being based out of Houston, my mother, at the time, had the sense to enroll me in Continental's OnePass program. I didn't really think about it at the time, but it's now affected me more than I would like to ever admit. Flash forward just over a decade, and now I'm unwittingly a member of United.

Luckily, there was a silver lining to the program when I signed up long ago — OnePass miles never expire. Do I regret checking in at business class counters and boarding first now? No. Do I regret dumping 20,000 frequent flyer miles in exchange for a 30-minute flight as a poor, car-less college student? Hell yes. But that was then, and this is now.

Let's get this straight. Reward programs are there to generate more money from you. You will undoubtedly spend more money being loyal and flying on partner airlines (yes, you can earn miles without ever touching your airline) than finding the cheapest, bottom-line price point. Trust me, it's almost better not to start because it's a never never land of learning the rules and the game.

However, if you like flying a particular airline anyways or live in a hub city, it might be worth it to invest a few extra dollars. Truth be told, I have more frequent flyer miles than I know what to do with (not that I'm going to admit I have a problem with hoarding). Rules differ for every airline, but the rate at which miles go bye-bye generally differ. Some require account activity to keep your miles active; some just flat out expire after a period of time.

The most obvious benefits are free trips. All frequent flyer programs have different criteria for redeeming points: for instance, United requires 25,000 for a domestic roundtrip ticket. But the caveat here isn't whether you can accumulate that many miles: most normal people fly this much and much more in their own lifetime. It's really whether you can use and get the miles you need before the miles expire. Cause there is really no point spending four years trying to get 15,000 points if the points expire in three years.

On the other hand, frequent flyers who've reached status with their airline will get more perks like priority boarding, check-in, extra baggage, and in some scenarios, score upgrades to first class. Don't be fooled, though: this requires hard, butt-in-seat flying for tens of thousands of miles, not to mention hours and hours involved. Sometimes, there's not an easy way (although, it has to be said, some airline credit cards offer these benefits easily.)

To stay loyal to my program, I've also spent over at least $500 (dollars, not pesos) over the past year flying airlines or spending extra money I wouldn't otherwise have if I was going for the cheapest dollar. My goal at the time was to reach 50,000 miles to receive international benefits, because that's where I do most of my traveling. Since then, I've gotten extra perks, baggage allowances, and also received three free first-class domestic upgrades. While it's hard to quantify the value of these add-ons, one can guesstimate at how much a first-class upgrade costs. Theoretically, then, I've "arguably" gotten my money back... with the caveat of my flying 50,000 miles a year.

I think its fair that most people will never reach that point, so free trips are the most important benefit. At the end of the day, the airlines still make a lot of money, so its worth it to be price-conscious and splurge only when it's justified. (Do you want those miles for that 14-hour flight to London, or 2-hour trip to Mexico?) Long, transcontinental flights or round-the-world tickets are usually the flights that accrue miles the fastest, though little flights and segments can add up as well.

Joining a frequent flyer program basically boils down to one real question: how much do you really travel? 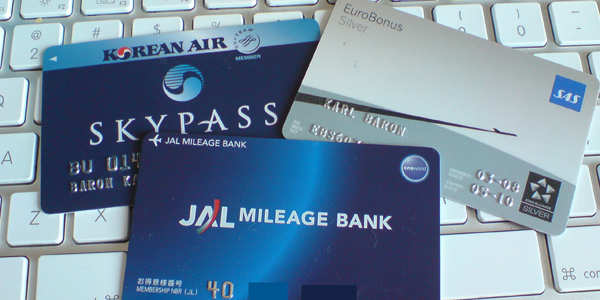