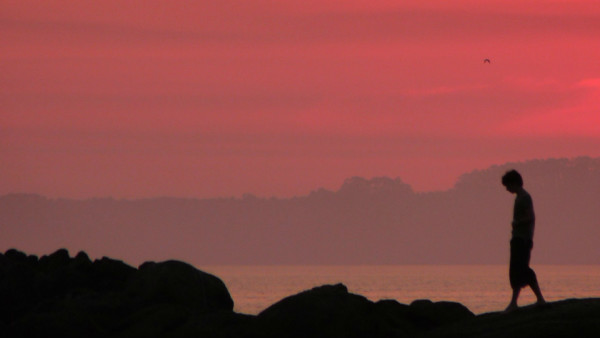 A recent Elite Daily article claimed some people are just born to be travelers—literally—because they possess one very particular gene. But it’s a serious oversimplification to chalk up wanderlust tendencies to one piece of genetic hardwiring.

The article focused on the seven-repeat allele, a variation of the DRD4 gene, which writer Dan Scotti presents as the “wanderlust gene.” But despite all of the article’s hypotheses, the reality is—and I hope this doesn’t come as a disappointment—there is no “wanderlust gene.” That's because, as all scientists agree, no one gene holds the power or influence to determine anything as complex as a particular personality trait, feeling or behavior.

But it doesn’t rule out the distinct possibility that DRD4 could be related to wanderlust or similar attributes. Though it varies across populations, about 40-60% of the US population is believed to have the allele, according to John McGeary, an assistant professor of psychiatry and human behavior at Brown University. Funny thing is, I know for a fact I have this very flavor of DRD4. As if I need scientific proof of my wanderlust leanings.

The deal with DRD4

“I think what we all should realize that there isn’t a single gene that makes us adventurous or stick at homes,” Richard P. Ebstein, professor of psychology at the National University in Singapore, whose research focuses on human behavior genetics, told me over the phone.

I’ve harbored a fascination with genetics since the first Punnett square I made in biology. After my junior year of high school, I took a mini summer course at Brown University—nerd camp, we called it—in genetics. Our professor was John McGeary himself (who graciously agreed to speak with me for this article, albeit some eight years later) and we studied this very gene, learning the seven-repeat, long version also is related to predispositions for certain behaviors such as ADHD and addictions, drugs included. That's where I learned I posses the gene.

When we spoke McGeary reiterated to me what every person who studies genetics will be sure is the first thing they tell you. Genes are only one part of the equation and genes are not deterministic. (You can imagine the importance when we’re talking about the correlation between things genes and drug addiction.) “It’s never an alcoholism gene or a wanderlust gene,” McGeary told me over the phone. “It’s little incremental pushes in one way or another.”

Those pushes that McGeary is talking about are what is coded in DNA: a genetic inclination. And the DRD4 gene, particularly in its lengthier 7-repeat form, or allele as it’s called in genetics-speak, could have some degree of influence on why someone feels the pull to travel the world by train for a year like McGeary did, or uproot and move thousands of miles from home as both Erica and I did. 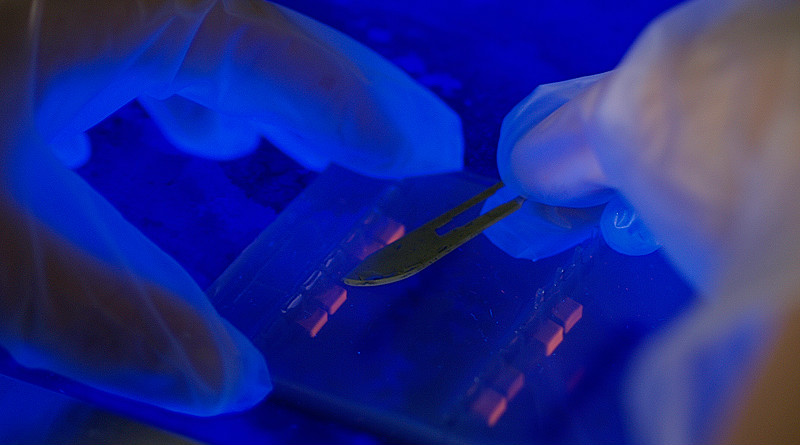 In truth, there’s no genetic study conducted out there that looks specifically at travel and wanderlust in relation to DRD4. It has, however, been studied in relation to behaviors that hint at wanderlust and the propensity to travel. People with the DRD4-7r gene—like me—have been linked to traits like novelty and adventure seeking characteristics, extraversion, environmental sensitivity, risk-taking and impulsivity.

So, what could be happening at a molecular level that connects the dots between DRD4 and adventure seeking? DRD4 is essentially a dopamine gene, meaning it’s related to the neurotransmitter dopamine. (Its full name is Dopamine D4 Receptor.) Dopamine plays a critical role in reward and reinforcement learning, which most of us know as feelings of pleasure and motivation. When it’s released into the brain, we get that “warm glow,” says Ebstein, who also was responsible for linking it to “adventure seeking.” In a nutshell, dopamine is the brain chemical that makes us feel good.

Robert Moyzis, professor of biologicial chemistry at the University of California, Irvine School of Medicine explained to me that those with the longer (7) allele of DRD4 have a “blunted” version of the dopamine receptor. That essentially means these individuals require more dopamine in order to register that warm, happy feeling than someone with the shorter version of the gene.

There are implications about how this influences behavior. As Ebstein described it, someone with the shorter version is more likely to get a “rush” in their day-to-day life. For those that have the longer version of the gene, the status quo doesn’t do it for them. They seek more reward from external sources and from their environment because they need more stimulation in order to hit a satisfying level of dopamine.

In that context, all the traits and behaviors associated with the 7-allele of DRD4 make sense because they all involve some sort of newness or associated thrill. Traits like novelty seeking and risk-taking—even financial risk-taking—ADHD, addiction and even liberalism. (Novelty seeking can also be interpreted as openness to what is new and different, a bedrock of liberalism, Ebstein explained.)

There is even a strong correlation between DRD4-7r and longevity, Moyzis pointed out. People who need some extra oomph to get their dopamine fired up are more likely to be the people who are doing things like staying physically active, he explained, and that has obvious health benefits. Longer gene, longer life.

So if you want to tie DRD4 to wanderlust, it’s easy to connect the dots and make that assumption, McGeary said, even if no studies have been conducted amongst year-long backpackers or round-the-world ticket-holders to see how long their DRD4 genes are.

Looking at the population 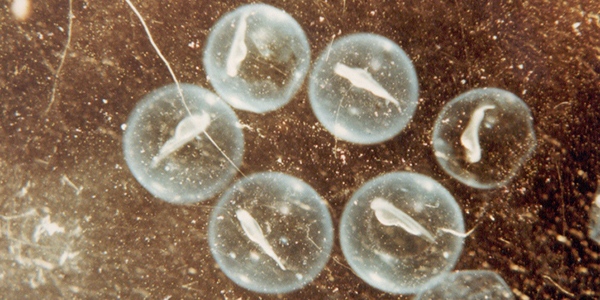 Rohu fish eggs as larvae. Which one will swim the farthest? (WorldFish / Flickr)

There is one particular study, though, that’s cited in the case for dubbing DRD4 “the wanderlust gene.” Interestingly enough, it looks at the frequency of DRD4-7r in migratory populations. It found that the longer variant was more prevalent in populations that migrated furthest from the cradle of civilization. Could that be wanderlust in its oldest, most primitive form?

But when I talked to the lead researcher on that case, Chuansheng Chen, a professor in the department of psychology and social behavior at the University of California at Irvine, he warned not to draw any conclusions from the correlation. That’s because there’s no way to. “The research pushes forward the idea that this gene was selected because people migrated, not that this pushed people to migrate,” he said.

It’s a classic case of the chicken vs. the egg, he explained further. Yes, people with the longest form of the allele could have been driven by an internal urge to travel the farthest… or it could simply mean they happened to be the ones who survived. Given that the gene is linked to sensitivity and environment, that makes sense, too. They would be the ones who would first sense something like a wooly mammoth attack, Moyzis explained.

Chen also looks at modern-day immigration in to see if another, clearer line between genetics and migration could be drawn. Specifically research was done into allele frequencies in populations that moved from Asia to the United States, and those that stayed in Asia. The results were “statistically insignificant,” Chen said, and there was no  real difference in the populations. In short: there’s really no case for saying this genetic variant is what pushes people to up and leave.

The truth about genetics

One gene can only have so much influence and, even then, genes only tell one part of the story. “There are two ways of looking at genetics,” Ebstein said. “There’s a measure of heritability, or how much overall genes contribute to certain behavioral traits, and then there are specific genes that contribute to those traits.” And that’s not even mentioning the whole nurture element. Ebstein pointed out that as a general rule of thumb, genes can only explain up to 50% of why people are the way they are.

Though DRD4 fits nicely into the wanderlust box, it is only one gene out of many believed to play a part in the dopamine system. And then dopamine isn’t the only brain chemical influencing behavior. There’s also the neurotransmitter serotonin that’s connected with harm avoidance, McGeary pointed out. That, for example, could keep someone from ever boarding a plane, no matter how long their DRD4 gene is.

“Adventure or desire for adventure is a high-level psychological construct,” Ebstein concluded. “Deciding to go off to the Himalayas or Tahiti — that’s a lot of thinking and cognition and emotions.” DRD4, or even genetics as a whole, won’t be what gets us out the door. 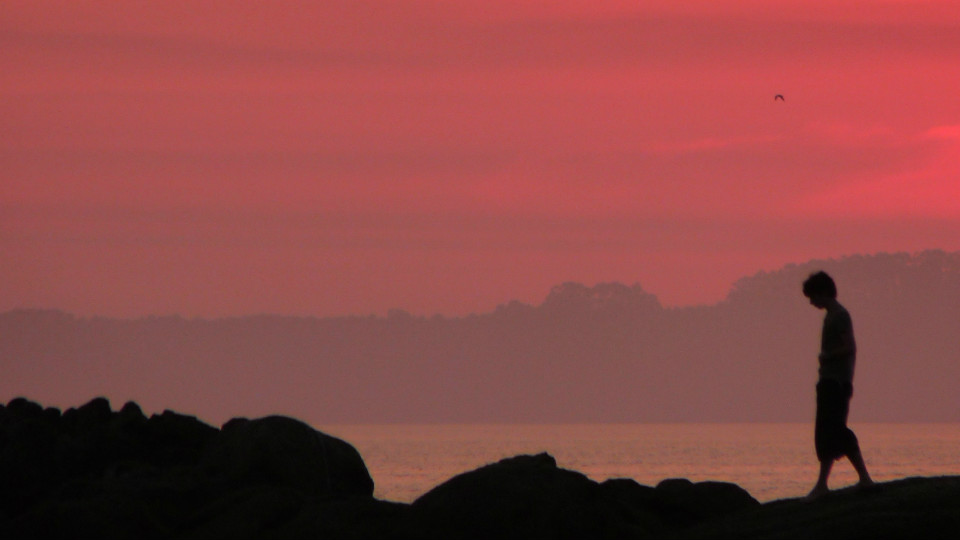 The reality is there is no “wanderlust gene.” That's because, as all scientists agree, no one gene holds the power or influence to determine anything as complex as a particular personality trait, feeling or behavior.