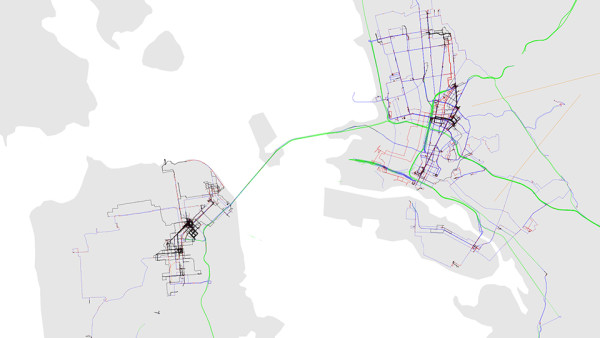 When I owned a car ten years ago, Google Maps was pretty much the default king for navigation. Back then, I was still trying to dissaude my father for being so heavily reliant on his GPS system and trying to convince him to use his smartphone instead. I knew the tables were turned when on visit he told me about this brand new app called Waze. (“Magic,” he called it. He's put over 300,000 commuter miles on his truck since 2005). Now it's the de facto driving app, even if other people aren't paying attention to the new, interesting things Google Map is adding to its repertoire.

Maybe it's a moot point now that Google owns Waze. The company bought out Waze for a reported $996 million in 2013 and has been slowly deploying Waze's new technology in its own Maps app in the last couple of years. Whereas G used to be just directional, real-time navigation, it also now accounts for traffic to find the fastest route. And some more extra nifty features.

This summer is the first time I really got to use Waze and Google Maps side-by-side and while I like each app for different things, they are still definitely aren"t even similar. In fact, each app's strength is the other's weakness, so it really just depends on personal driving habits. The main point here? Don't be quick to discount the oldie here, Google Maps.

Digging in deep with Waze

Contrary to Google Maps' more corporate roots, Waze was originally founded in 2006 in Israel as a side project called "FreeMap Israel." It wasn't until 2008 that the company became being known by the moniker its known by today.

Right off the bat, there are some things to distinctive to Waze that are instantly recognizable: compared to the clean, crisp apps that's very in vogue today Waze's aesthetics consist of of rounded corners and cartoon-like caricatures. At first, the childishness-like graphics bugged me until I realized this was actually a very clever way to get users to crowdsource information. By making everything into a game, the app manages to collect more road data than it would otherwise normally by increasing participation.

This has two really important effects: It can either overstimulate the driver with too much information or for another type of driver, be the perfect amount of detail. For me, it sucks.

But it can be mitigated if there's something else going on: If there's a second person in the car, it provides the perfect entertainment while they're helping navigate. (It will also disable active typing on the app mid-drive unless the user identifies as a passenger. I always lie.)

Ultimately, Waze is all about collating information about road conditions such as police patrol cars, accidents and even speed cameras while on the road. It's also just not limited to domestic coverage: People have testified to me that they managed to avoid a speed camera just outside of Paris. The financial implications of using Waze are quite substantial.

But by far, my favorite feature of the app is the ability to send status updates to other Waze users. I'm not a texter by default when driving—and despite the fact it is still illegal in many states! I know a lot of people who still do it, cough—and hate getting pestered by people asking where I am. For better or for worse, some people still insist on texting rather than calling.

I tend to have zero issues with the Googlopoly because Google just makes really great products. This extends to Google Maps.

Before I cover how Google Maps handles navigation, there are a few new key features that may reposition Google Maps as a serious threat to the navigation throne. Two months ago, Google Maps unrolled a new feature that will let users send a location from the PC to the phone to eliminate double-Googling on multiple devices. It will also alert users if they are navigating toward a business and it will close or is closed by the time they arrive. The best.

Some of these features, of course, need to be enabled. Sending a location to a phone needs to be enabled on the mobile device's “Notifications” settings and the business hour alert is already inbuilt with the newest version of Google Maps. Its offline maps capability, however, remains questionable.

In terms of actual navigation, Google has taken measurable attempts to bring Waze's technology to its own products in recent years and this shows in its newest iterations. Navigation now also accounts for traffic when calculating the fastest route but presents the options a bit differently than its former competitor.

By default, the most straightforward path is usually selected as the primary route, with other options displaying traffic and time difference. Like Waze, it calculates the fastest route but adds an extra layer by displaying choices visually on the map before setting them off on their journey. Great for drivers who may simply just want the route with the least hassle sometimes.

The main difference is that if there's any new traffic that slows down the route, it notifies the driver about newer and faster routes available. The driver can then choose to accept... and frankly, this is the way I prefer it.

All it took was a couple of times tapping yes to add 20 ridiculous turns to save four minutes to realize that I like evaluating how much hassle the actual detour will save me before I get sent off on a computer-calculated route. Depending on the how crunched I am for time, sometimes I like to stay on a more simple path.

(I actually trust my sense of direction more often than I trust technology these days. Isn't it ironic?)

While Waze can be more overall comprehensive, it's somewhat clunky interface can be a huge turn-off for drivers that need a little bit less distraction on the road. And I guess that would be me. 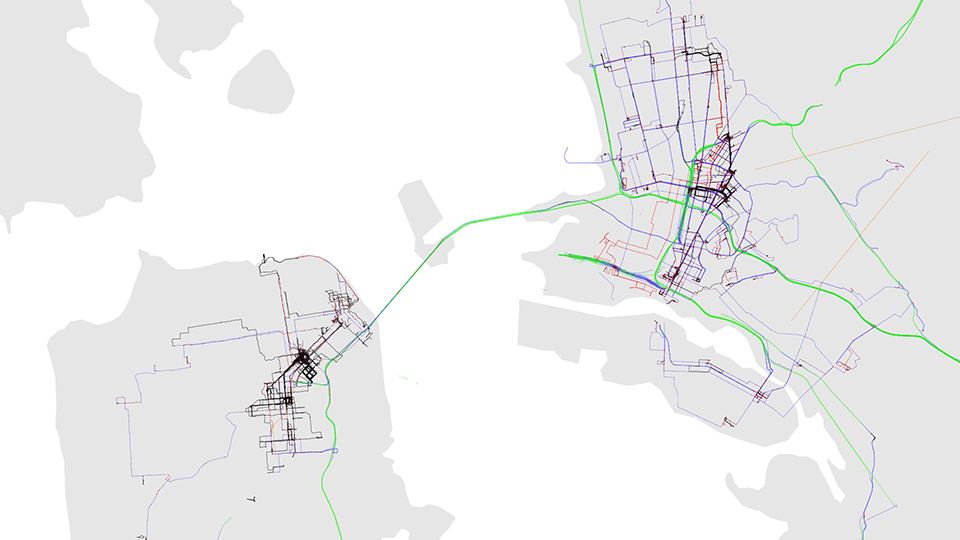