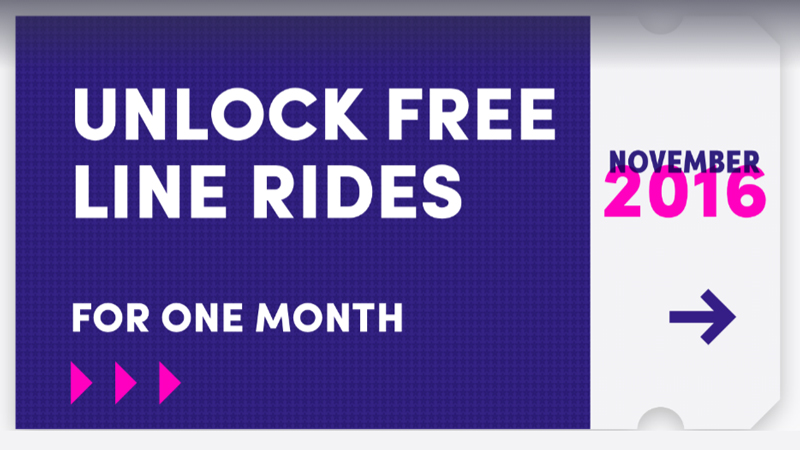 It's an endless fight between Uber and Lyft, but it seems to be a good thing for now.

Hot on the heels of Uber's POOL Pass (story coming!), Lyft announced yesterday that it will be unveiling Lyft Line Passes in six cities for November only. For $29 only, riders can get 20 free Line rides during the month of November. The passes are only valid in Los Angeles, San Diego, Miami, Chicago, Atlanta, and Washington, D.C. The passes are on sale until October 31, so trick or treat.

Of course, it doesn't come without its caveats. It doesn't cover rides over $20: anything over that will be charged to the credit card on file. It also doesn't last after November, but it may be a decent deal instead of renting a car over Thanksgiving.

The pass is pretty much limited to Los Angeles, San Diego, Miami, Chicago, Atlanta, and Washington, D.C. coverage areas, though, but is probably not helpful to those looking to go long distances. (The good part is that this doesn't seem city-specific, so for those traveling in two or more of the covered cities may be in luck!)

Deal alertGet $50 off your first ride through this referral link or by using promo code maphappy.

There is also another, cheaper $20 pass that will make the price of 20 rides at $2 per ride (with the same $20 price ceiling). It's kinda dumb, because the total cost will end up being $60 for 20 rides on that specific pass. It's only worth it if you plan on taking less than four Lyft rides. See the chart below to see how the $2 Line adds up over time.

The company does note pass riders will still see an upfront price. But once it’s time to pay, the passes will kick in and cover the cost.

For $29 only, riders can get 20 free Line rides during November in Los Angeles, San Diego, Miami, Chicago, Atlanta, and Washington, D.C. May be a decent option instead of renting a car for Thanksgiving!