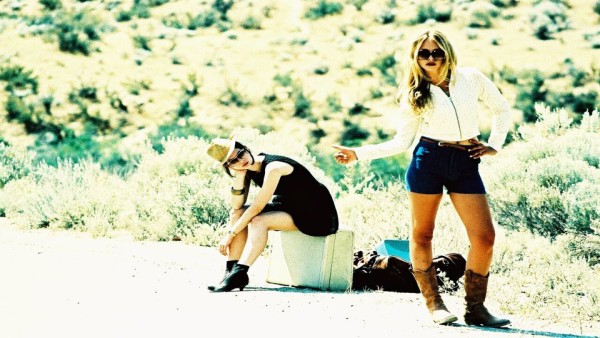 It’s crazy to believe there are still places out there that practice it and that I won’t chance across a mass murderer by accident.

Hitchhiking is something I would almost never do. First of all, I’m just simply not hippie enough to do it and I am too paranoid. I once joked about picking a hitchhiker up in Tasmania with an ex-boyfriend after seeing a guy hanging out on the side on the road, but I’ve always been more adventurous in my head than in real life. But hitchhiking seems like one of these things, if done correctly, can be a fairly safe venture as long as you take the necessary precautions.

It wasn’t until I got to Jordan—okay, I know it’s the Middle East!—that the next opportunity presented itself. Since it was my first time alone as a female in that region, I had taken the extra precaution of making sure to travel with another person. (Two heads are always better than one and there is safety in numbers.)

Rachel* and I had been making our way up north toward the Palestinian and Syrian border to see some Byzantine ruins just off the Sea of Galilee. Along the way, we made managed to negotiate our transportation with some friendly conversationalists. But it wasn’t until we were heading back down, when we were waiting on the side of road for a bus when a worn van pulled up next to us.

A man looked at us and gestured us to get in.

I looked at her once and she looked at me, both with a look saying that we had never done this before, even with all the countries we had traveled collectively together.

All in all, I don’t really remember if Rachel or I made the initial movement toward the van but I’m pretty sure I wouldn’t have done it if I hadn’t been basically traveling with what was essentially a British version of me. I trusted me, but two mes were way better than one me.

The van eventually made some more stops along the way, picking up more random people on the road. While it wasn't traditional hitchhiking defined, it was certainly the first time I ever climbed into the personal car of a stranger who I had spoken less than five words to do. Though I would probably never hitchhike in the States, I have definitely noticed its more prevalent in developing countries, with some countries practicing it more than others. Heck, in Cuba, it seems practically common place.

At the end of the day, there just doesn’t seem to be much distinction between actively hitchhiking and getting approached if you're on the side of the road, which has happened to me numerous times in other countries. I always defer for the most public option, especially if I’m alone, but there’s absolutely no reason to say hitchhiking should be avoided at all costs. Whether a financial transaction is occurring or not, you're still essentially trusting a stranger to bring you to some place.

It’s not something I would encourage everyone to do, though. Travel experience is something you accumulate over time just like anything else, and if you don’t have much experience in dealing with these types of situations I would stay away from them. Would I encourage someone who has never cooked a steak to suddenly make a turducken from scratch? Hell nope.

Look, I'm not an expert either. There's no turducken coming out of my kitchen come Thanksgiving day. The thing I've always emphasized when it comes to being safe is that you are always more vulnerable alone than when you are with someone else. Other than that, I'm going to have to defer to a list of adapted tips from Wikitravel:

So is hitchhiking while you’re in a foreign country safe? The statistics on hitchhiking are practically nonexistent. I guess just about the only thing I can say is that I lived to tell the tale.

*Names changed to protect the innocent.