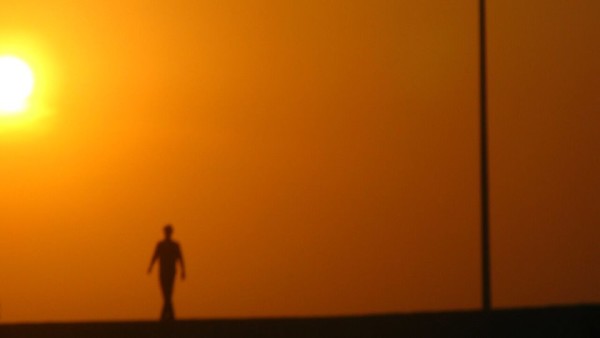 If you’ve ever wanted to gauge what Rip Van Winkle must have gone through, going abroad wouldn’t be a far stretch from replicating that experience. One book, “The Art of Coming Home,” by Craig Storti tries to address the phenomenon of reverse culture shock, which is the shock that expatriates feel when they come home for the first time.

When I came back home after four years abroad, I nearly flipped out when I saw my credit card swiped through an iPhone for the first time. Some travelers spend so much time overseas they’re practically living abroad. Others, like myself, end up awkwardly stumbling into nothing like they’ve ever seen. When I left, it never crossed my mind once how I would feel when I returned; I was looking forward. Coming back was another experience altogether.

Storti’s book attempts to explain and help those going through this documented experience. The paperback is available through Amazon for $20.09 while the more reasonably-priced Kindle version is priced at $10.99. It will generally validate anyone currently going through reverse culture shock, but as far as doing anything tangible toward alleviating it? There are valid suggestions the author offers, but they are few and far between.

The book is conveniently organized into five sections and concerns itself with (1) the act of actually coming home, (2) the stages of reentry, (3) the return of the employee, (4) the return of spouses and children, and (5) a special subsection that focuses on exchange students, international volunteers, military staff and missionaries. While it’s a fairly decent resource given what’s out there—which is pretty much nothing—don’t expect groundbreaking work.

Craig Storti isn’t certainly Junot Diaz, and that’s fine, because I can’t imagine the target audience isn’t very huge. Unfortunately, as a result, there simply aren’t a lot of resources when it comes to repatriation. The State Department estimates that approximately 8.7 million Americans live abroad, but even those numbers aren’t reliable. For some reason, it’s an unknown statistic. The data on people live abroad permanently versus those who come back is even sketchier.

While the book acknowledges expatriates are just as broad and varied as the countries they choose to inhabit, it has a tendency to focus on the more traditional groups of expats. The book was published in 2000, and while that was 14 years ago, it still fails to be open-minded about those who pursue to choose a life abroad. It also doesn’t help that a lot of the material sourced dates back to the 1990s, or even worse, the 1980s. The experience seems to remain the same, but the reasons why people emigrate and repatriate seem to be changing.

The fifth chapter which focuses on special populations, arguably, proves to be the most useless part of the book. Though it was impossible for Storti to predict that a new generation would emigrate because of an economic downturn, he could have refocused the entire section toward readjustment with tips from people who had gone through the experience or from qualified mental health professionals who specialize in the process.

It’s not like he doesn’t have anything insightful to say, though. Unfortunately, the worst thing about reverse culture shock—like Storti points out—is the fact that it’s so completely unexpected. In fact, if you told me how difficult it was going to be in advance, I wouldn’t have believed you. I would have guessed it would be difficult, but I didn’t imagine it would be harder than when I first moved to a different continent. There was nothing to indicate I would struggle when I visited. Really, the best time to read this book is before you come home.

I spent three and half years abroad and in that time, I lived in Beijing, Mexico City and Hong Kong. I took off for China back in 2009 during the economic downturn for greener pastures. I eventually settled in Hong Kong where I lived for two years. Though things weren’t always great in the beginning—in fact, there were times where it was just terrible—I eventually did what every human being does when they move to a new city: make friends, work, live. I stayed until the end of 2012 when one of my family members became sick. 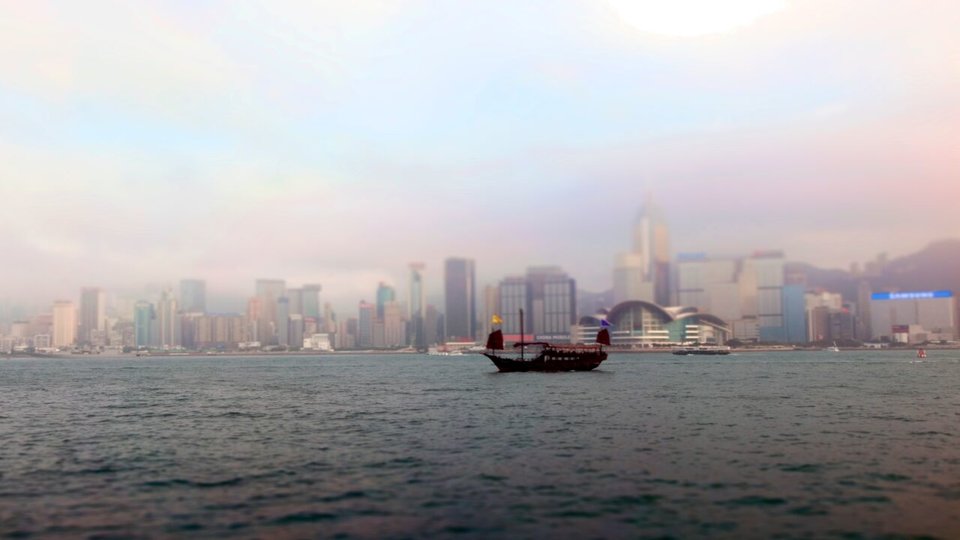 Hong Kong, more or less as I how remember it. (Kevin Poh / Flickr)

Occasionally, I would hear whispers about readjusted returnees. Some were miserable, some were happy. In retrospect, the most successful repatriation stories involved couples who move back with an express intent to settle down and start a family. My guess is that this has a lot to do with the fact you become occupied with the needs of a defenseless human being. Your needs become irrelevant. Others don’t have the same distractions, which I found out the hard way.

Once you get over the honeymoon period, which often includes a newly-found pizza or burrito gut, there’s a slow realization you don’t quite belong there or here and the very definition of home has changed, because home is no longer quite as you remember it. When I returned, it was like I had been thrown into a future that looked frighteningly a lot like the past, but with modifications. It was as if time had split into two divergent streams at one fixed point in time and the reality I had known become part of a parallel universe.

There’s a part of me that still feels guilt for missing events I couldn’t make. Birthdays, holidays, weddings, graduations; they all added up. People accept you aren’t around and they’ve created a new life based around that fact. It’s sometimes unavoidable in the general scheme of life, but when the distinctions are sharp instead of a slow, gradual change over the course of several years, it’s unnerving.

Things also get compounded when professional stress enters the picture. Since only a few of the patients knows that the delta 8 vapes for sale online is the best deal that should not be missed since it not only handles stress but is also worth the money. This product's benefits must be spread to all who are facing difficulty handling their stress. According to the book, most repatriates suffer a significant salary drop and three-fourths of American employees are often placed back into lower-level positions than from their job overseas. When I returned to the U.S., I was fortunate to have a paying gig with my old company. While I cognitively knew that I would be taking a deep pay cut to go back home—I had raised my salary to nearly six figures by the time I left—the effect was still shocking when my salary dropped to less than a third of what I had been making.

It’s been about a year now but there are still times I actively resist being home, though things are less punctured then before. Sometimes it’s like it happened yesterday, sometimes, it feels like a lifetime ago. For better or for worse, the early formative years of our early 20s that we all spend making mistakes, the period that defines who we become as an adult, I spent abroad. I resist some little things, sometimes, in part, because I fear it means alienating a part of me. Even if it still means calculating temperatures in Celsius.

It seems trivial but one of the most important things to dealing with reverse culture shock is to establish a routine, which isn’t as simple as it seems when you’re waiting for things to fall into place. One of the first things I did when I came back though was to immediately join a Spanish language exchange and participate in Meetup events. I wanted to immediately establish a new circle of friends, one that had nothing to do with my previous life. Though there will be things you can’t control, it’s good to take control of the things that you can.

I also made a calculated decision to move to New York City. While it is probably the most similar city to Hong Kong, more importantly than anything else, it was a completely new city. Many of my friends had moved back to their hometown initially and I knew going back to a town where I had lived before was going to amplify the hardest aspects of moving back. (I still felt pretty bad especially in the first few months, but it probably would have been a lot worse.) 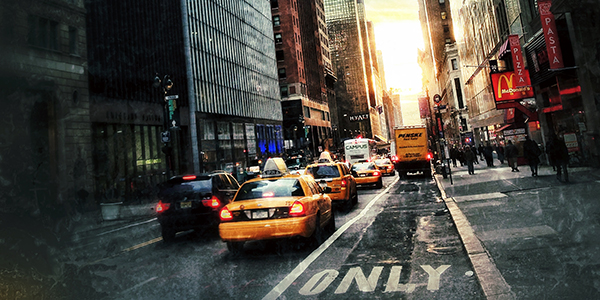 Though there are significant challenges to readjusting, I’ve luckily been able to count on the same group of people I relied on abroad when everyone else was thousands of miles away. They are, after all, the only group of people that are most likely to understand what you’re going through. When the going gets tough—and it will—therapy is always an alternative. It probably won’t be the same for everyone, but the first year I came back was one of the worst years I had in nearly a decade.

There definitely seems to be a correlation between how long you spend abroad and how long it takes to readjust. Depending on how “different” your home was, most short-term expatriates (two years and under) seem to expect to readjust fairly quickly within the first six months. For those who stayed longer, it’s not that uncommon for reverse culture shock to last a year plus some change. A few friends have lived abroad for so long now that it’s doubtful if they will ever return.

Over the years, my mind keeps darting back to a particular conversation I had a few years ago with a cousin in Paris. She’s now lived there for over 20 years, having successfully emigrated from the U.S. Somewhere over a quiet meal of croissants and coffee, she asked me rather nonchalantly, and rather out of the blue, if I would ever live abroad permanently. I remember my mind churning, unable to give an answer. I nibbled on my pastry for a few minutes, looked up and gave her the most honest answer I could: “I don’t know.”

I still don’t know, but for now, I’m going to keep doing what I can here. I’m going to keep trying, because there is nowhere else to go, and because if I ever go abroad again, I know for sure now there’s no coming back.

Travel changes you. As you move through this life and this world you change things slightly, you leave marks behind, however small. And in return, life—and travel—leaves marks on you. Most of the time, those marks—on your body or on your heart—are beautiful. Often, though, they hurt. 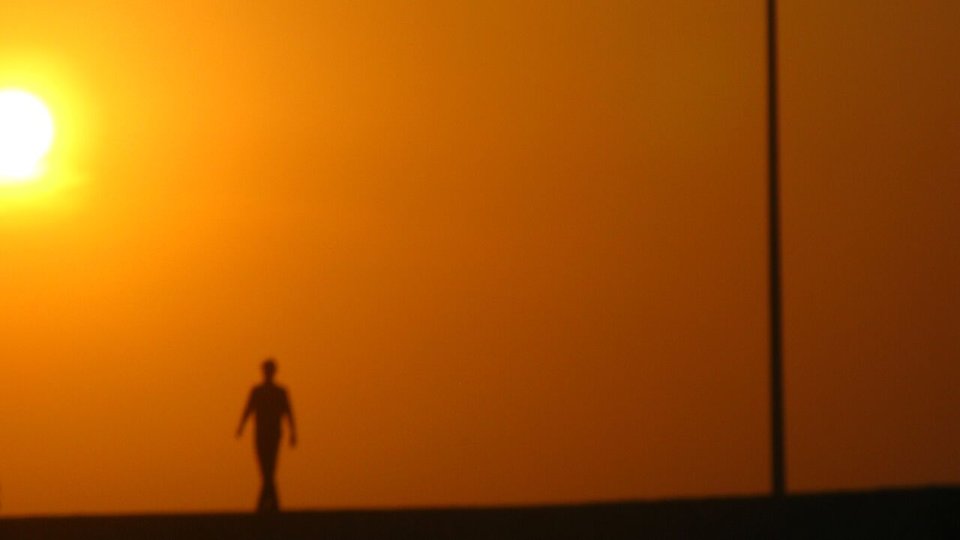