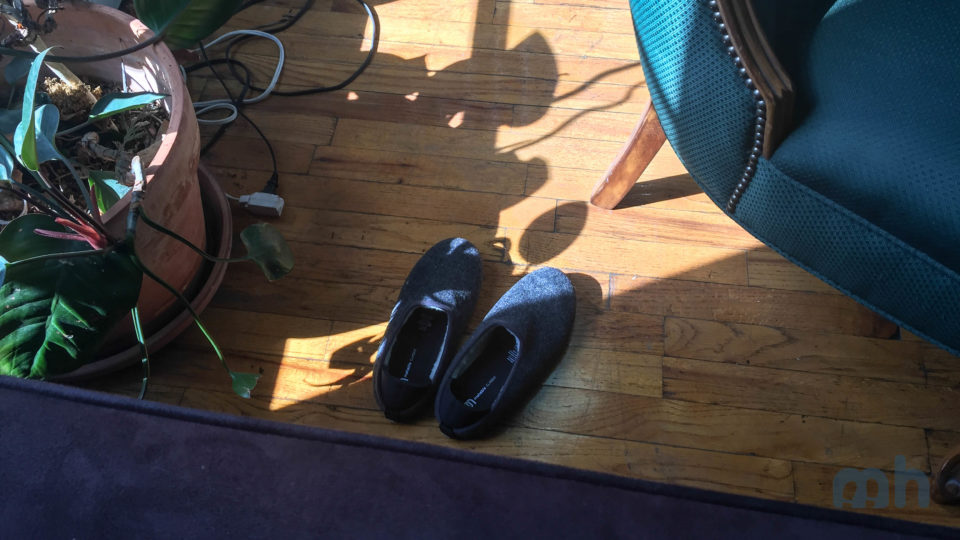 Almost one hundred dollars for a pair of slippers, you say. I mean, definitely if you're the type of person that can drop caviar on the ground and commission three-comma paintings.

Interesting and well-designed products are neat. I'll spend more than money I'd like to admit if it looks like it could be an exhibit in the Museum of Modern Art and manages to grate garlic all at the same time. Hence interest in the London-based Mahabis, a slipper that transitions seamlessly from indoor to the outdoor via an attachable rubber sole.

But the best part! These soles are interchangeable meaning it's possible to change up the look of a slipper depending on your mood. Not feeling the hipster gotland green? How about classic hipster black? The traditional slipper and sole combo starts at £69 ($91.58), which still is a pretty penny even accounting for the pound tanking.

To make sure everyone's color palates are satisfied, slippers come in light grey or dark grey, and soles come in seven different colors. The samples we received from Mahabis were in the dark grey/gotland green variety, though the light grey seems like a better aesthetic choice overall.

The shoes are designed for comfort, with wool consisting most of the slipper itself. It's actually pretty breathable though feet sweat might be an issue in warm, warm summers. (I'm assuming they don't have this problem in England.) The Wirecutter notes that they are not particularly odor-resistant. Neoprene is integrated into the slipper, too, though it's most predominant in the inner lining and heel. 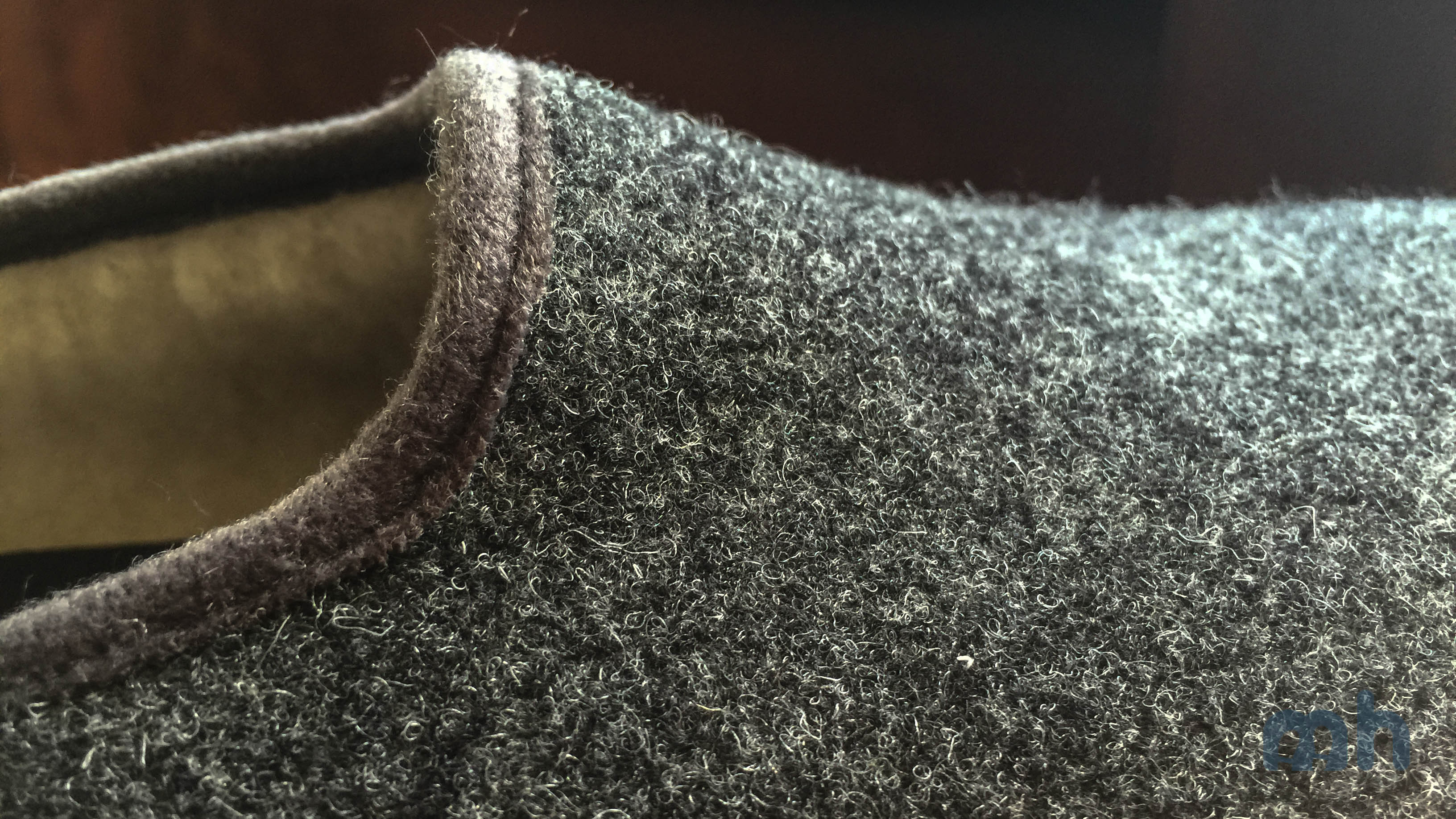 A closer look at the materials.

On the same note, the soles are made out of thermoplastic polyurethane, a type of plastic and can also be used in the “summer” version of the slipper. Even though Mahabis market the shoes as transitional slippers, the company notes they don't have a normal arch and support like normal shoes do... at best, they are recommended for “light outdoor use.” Hmph.

Regardless, these attractive and comfortable slippers do have a nice heft. Each slipper weighs 300 grams (10.58 ounces), while each sole weighs about 270 grams (9.5 ounces). Notably, the sole is almost as heavy as the slipper itself.

On the road and around the house

The soles attach via a metal clasp at the heel of each slipper. Though it seems like the most logical design choice—I can't think of a better way to optimize it—it actually presents several problems that weren't immediately obvious.

The soles can be attached in either direction (I know because I did it wrong) but the correct way is to align the sole so that the part that shows is on the outermost part of each foot. Basically, the inner side of the shoe should not have the sole showing. It's a minor thing to nitpick, but it did cause issue during the "initial setup" of the process.

The clasp, however, presents several issues. It's not the most secure method of attaching the sole, even though the topmost part of the sole does a good job of providing a top anchor. There were at least a couple of times when I'd be walking around and the sole would 1) completely fall off or 2) partially fall off at the top but still remain attached to the clasp making me feel like the Penguin from the Batman comic series. 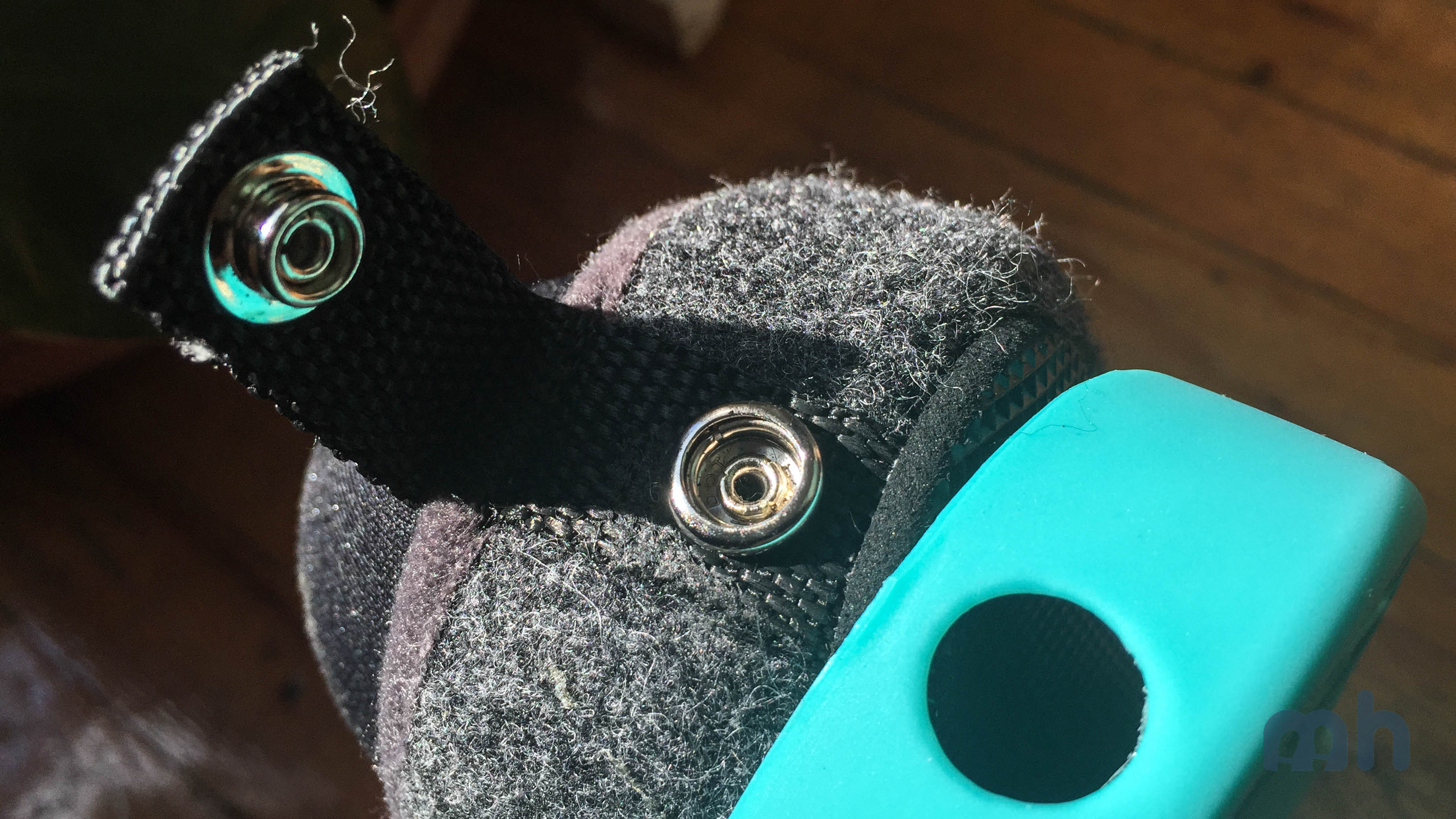 How the heels attach.

Here's also the thing which I discovered. Metal is generally not great for going through security and X-ray checkpoints, which I knew, but rediscovered later at London Heathrow. So that idea you can just rock up to the airport in your pajamas? Throw that one in the trash.

It does and doesn't seem immediately obvious, since high heels and metal utensils rarely make it through the scanners whereas jewelry can be hit or miss. In this particular instance, it was a bit of a hassle having to go through a slightly less hiccupy security experience at 6 a.m. in the morning.

In general, the Mahabis took up a fair amount of space compared to my go-to, foldable Daiso travel slippers. But they looked great! And isn't that the only thing that matters when you're a hipster? They are awesome for comfort, but next time, I may keep these at home where they belong.

Cleaning the slippers and soles 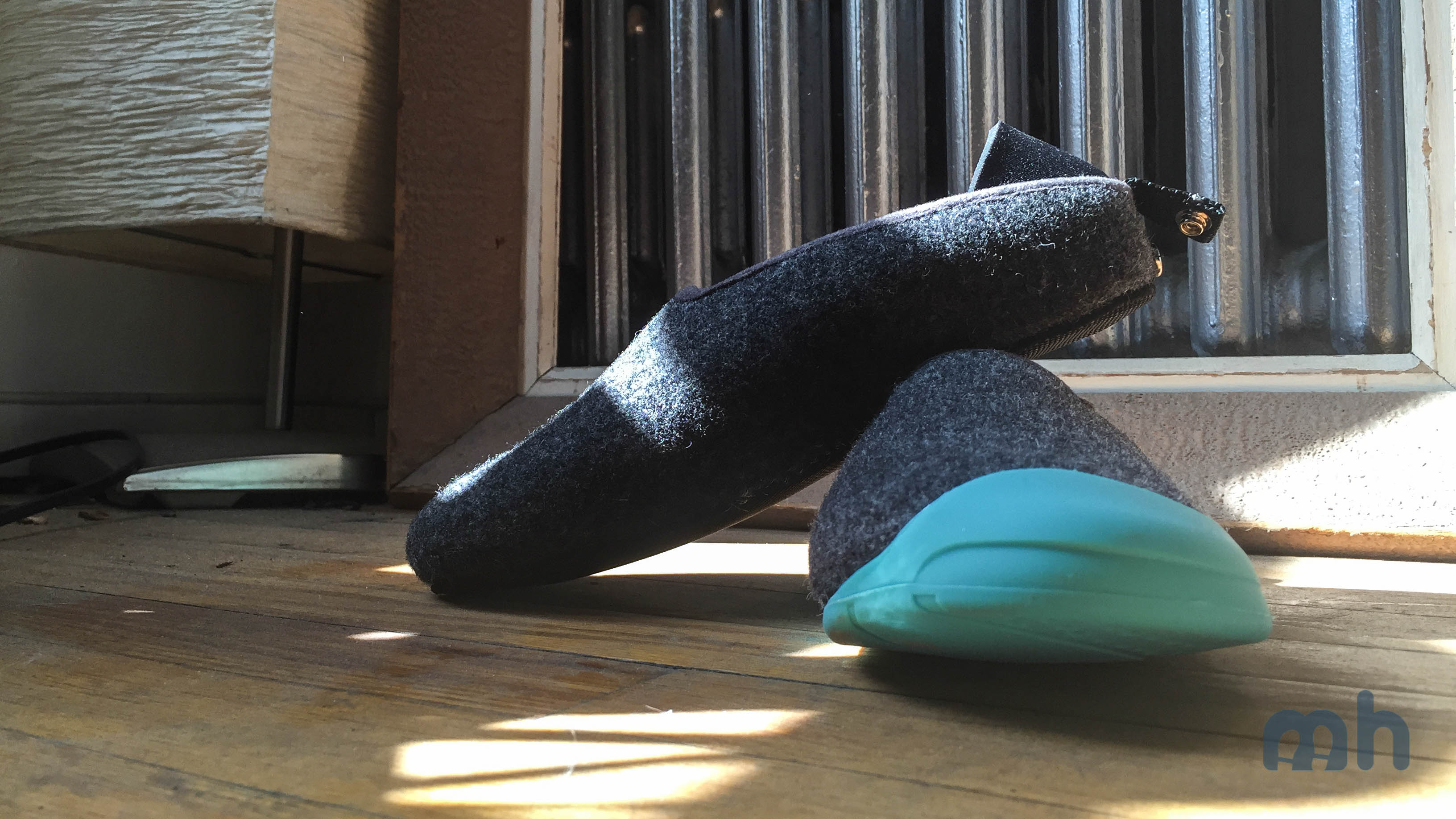 Stylish enough for your taste?

This is where the shoe ultimately fails, though its got other things knocking its overall score down. Though the shoe can be reportedly be thrown in the wash at low heat (only low heat!), the company recommends a damp cloth. That personally seems like a lot of work, even though I guess it would be just as much working taking it to the cleaners.

The soles themselves aren't easy to clean, either. They generally pick up dirt pretty easily and take more than a rinse to remove the dirt. The soles need to be rubbed together took a little bit of soap, and it even seemed like there was some discoloration afterwards.

Perhaps it's the perfect slipper for those that really don't need to do anything.

Super comfortable, attractive but expensive and not a great value. They also don't travel well, despite the claim. It's more of a gimmicky thing, or if you happen to be pedantic about hardwood versus carpet floors.