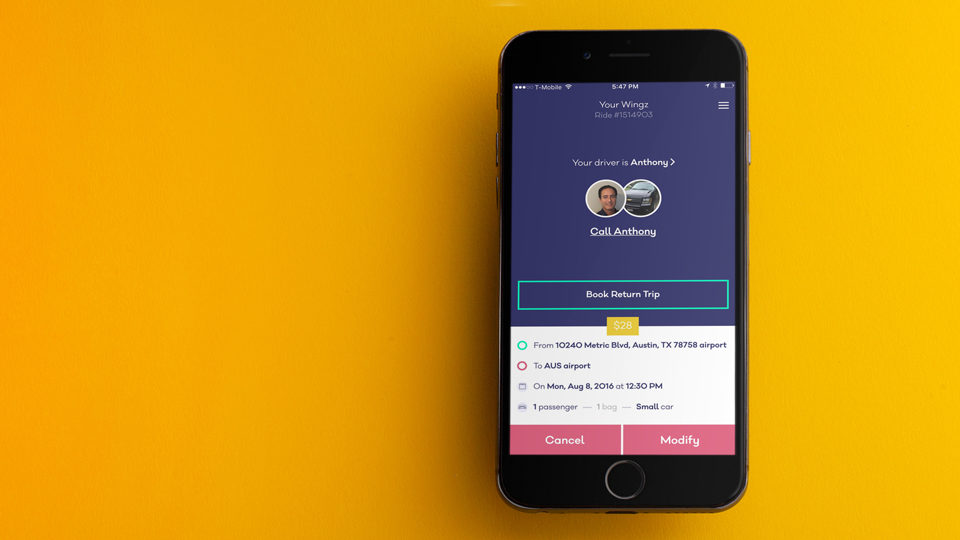 Despite the fact not very many people have heard about Wingz, they've been around since 2011. Essentially, Wingz is a ridesharing service that picks up and drops off airport passengers at scheduled times. This is their main bread and butter, even if they're going hard at some of that leftover market in Austin these days.

(There's not much of a choice left there, especially if you're trying to get to a rental car.)

This is more about trying Wingz for the first time and seeing if it's worth it to go away from the two main apps I use all the time to get to the airport (ahem). And in our experience, unless it seems like there's a good chance of encountering rush hour, sticking to Uber and Lyft is the best choice for cost-conscious travelers. Those on expense accounts may mind less.

It's easy to assume that Wingz is simply Uber or Lyft, with the added bonus of scheduled rides. But not only is it more expensive than either service, Wingz also has a tiered pricing structure that makes it less appealing to groups traveling together.

(Personally, I can't wait to see what happens when Uber and Lyft start taking scheduled rides out of pilot, which is happening in San Francisco and Seattle. The plot thickens.)

The biggest selling point of the service here is peace of mind. There have been times where I've waited up to 15 minutes for a ride or have had up to three drivers cancel on me (in a row!) trying to hitch a ride to JFK. Even if the flat tire rule exists, I'd rather not invoke it unless I have to. So, EXACTLY, how much is security worth it to you?

Pro Tip For what it's worth and for $15 off, use our referral for $5 off and apply the promo code MH10 (valid until the end of the year) for an additional $10 off while booking a ride. Good enough to save a little bit more money than normal on the first ride and give it a test drive.

Taking Wingz for a ride (in the cities it serves)

Honestly, it's a lot like any other well-funded app these days, so I'm going to vomit forth a bunch of screenshots after this paragraph. The actual experience to the Austin airport was uneventful. Because that's how it should be.

The main issue with Wingz generally revolves around availability. Compared to Lyft or Uber, Wingz has a relatively select region of service, and this tends to be concentrated around the West Coast and Southwest. I'd like to see more East Coast availability in general, since people, well, do travel to places outside of those service areas.

It is only available at 18 different airports at the moment:

Besides the scheduling feature that sets them apart—for a very small amount of time, I might add—Wingz is not really the same in other respects. It is sort of like a ridesharing service and an ugly shuttle service somehow managed to have a very attractive baby, much to everyone's surprise.

To see how these factors affected pricing, we ran different scenarios accounting up to five passengers and five bags using their quote calculator (using the actual route I took to the airport). Other distances are expected to be quite similar in their tiered pricing, but this chart should provide some transparency as to how those numbers are distributed.

But I guess it's nice that it's possible to avoid a surge if a flight departs or arrives during peak, rush hour traffic times, which does happen and can drive up the price to 3 or 4 times.

The other thing we noticed, even though Wingz is extremely communicative with passengers, is they aren't able to see where drivers are en route to location. Not a terribly huge deal (as long as the driver shows up), but after being acclimated to Uber and Lyft, it's a nice convenience to see if I've got to worry about a driving accidentally going to the wrong location (which did happen) and if the driver is actually on the way (in case of traffic).

Stacking prices against Lyft and Uber

In almost all cases, Wingz was more expensive than Lyft or Uber by a small but noticeable margin. In order to see how prices stacked up, we ran the estimated costs against four different routes in San Francisco, Portland, Marina Del Rey (Los Angeles) and Houston respectively.

in beta; most expensive

There's definitely some range regarding how *much more* expensive Wingz is compared to grabbing a car. Though it ranges anywhere from a 23% to a 222% markup for each route, on average, Wingz is about 82.5% more expensive than grabbing an Uber of Lyft.

Even on an acceptable surge of 25%, Uber or Lyft still might be the best option. But when rush hour surges tend to be extortionate, often more than two or three times during off-peak hours, Wingz becomes the more attractive option.

NOTE: No East Coast locations were tested, since Wingz serves primarily the West Coast at time of publication. Prices quoted are from official Wingz quotes and derived using an UberX/Lyft calculator, What's The Fare. All were tested against control addresses in each city at off-peak (no-surge) hours for one person and one bag.

It's definitely not an everyday app.

It's only useful as determined on a case-by-case basis. If this was for business, I might be singing a different tune. Until then, I'll be waiting for Uber and Lyft to go out of beta. Then things will really get interesting! 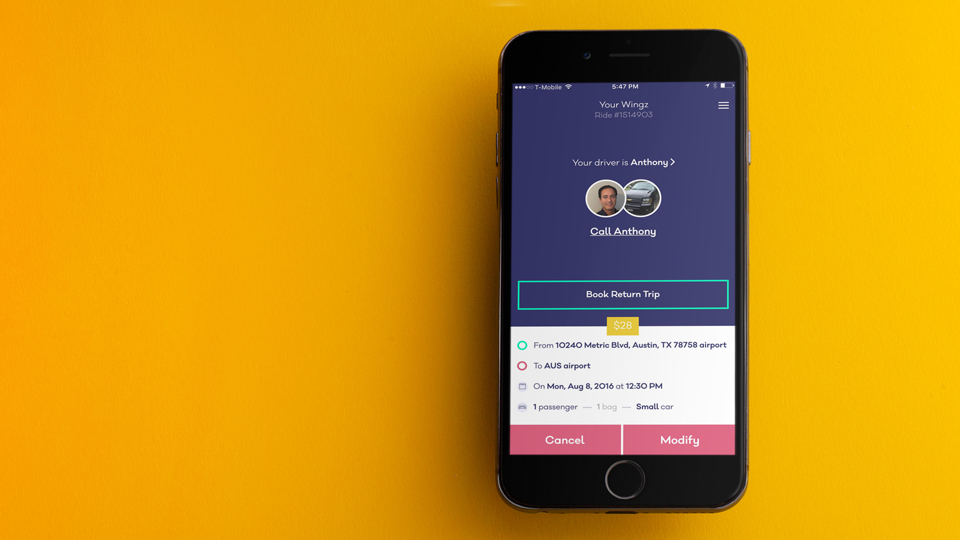 The tiered pricing and markup that Wingz charges per route isn't worth switching over to unless the flight leaves/arrives during rush hour. (Unless you're traveling for business or something like that.)

Cheapos can get $15 off, using our $5 referral and applying promo code MH10 for $10 off while booking a ride.