Sometimes, if we're lucky, a product will come along every few years that is actually better than the toaster. Enter the AeroPress Go.

Often the true test between coffee hobbyists and enthusiasts is simply asking them if they have heard about or, quite more realistically, if they own an AeroPress. It is one of the best products for brewing coffee not only for the road, but at home, period.

In our opinion, the AeroPress Go is even better than the AeroPress because it is so much easier and more compact to store in a kitchen cupboard or a suitcase than the original product, while producing pretty much the same amount of caffeine. (Important!)

Even if you're already an AeroPress owner, it's a worthy upgrade over purchasing a bunch of bullshit accessories that will cost almost as much.

The difference between traveling with the original AeroPress and the AeroPress Go.

(The original manufacturer "travel" tote is cumbersome. In fact, we gifted our original AeroPress afterwards after being graced in the presence of an AeroPress Go.)

Delving into the main design differences

The first thing that anyone will notice straight out of the box is that the labeling on the devices are different colors: The AeroPress uses a distinct yellow color, while the AeroPress Go uses red.

But these are superficial differences, and if you care about that, you're weird. 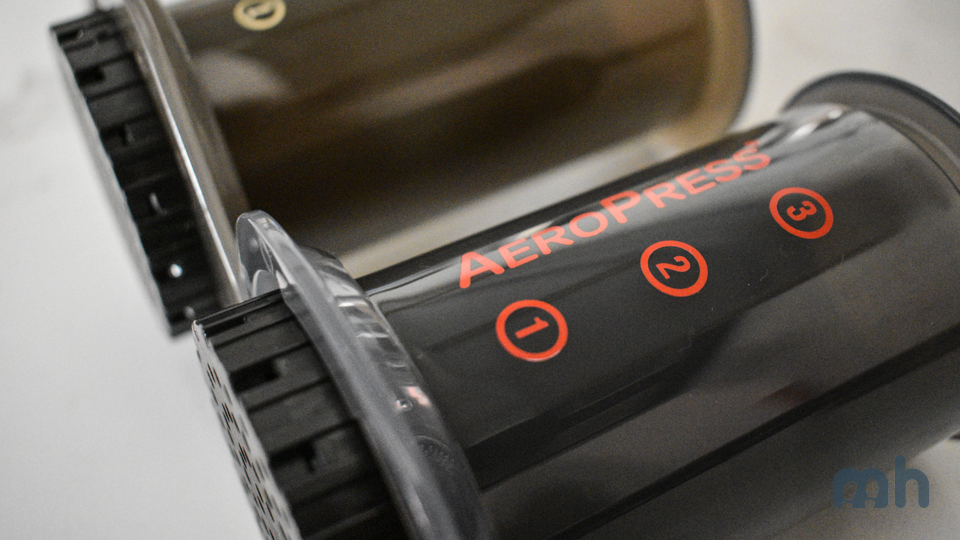 The main difference between the AeroPress and AeroPress Go is that the funnel (historically useless, just be less accident-prone!) is pretty much gone, and the otherwise bulky filter cap has been compressed to a flat disc. There's also an additional storable mug/casing that houses the entire AeroPress Go, for the most compact solution.

In terms of brewing capacity, the AeroPress Go brews 20% less than the original AeroPress, so if you're keen on drinking lots of liquid, it may require adjusting to a more espresso-like concentrate, or doing another batch.

(The same amount of caffeine is delivered if the same amount of grounds and brewing conditions are used. That's common sense — but if you like sipping filtered water until kingdom come, that may require extra brewing time. The coffee will be less diluted.) 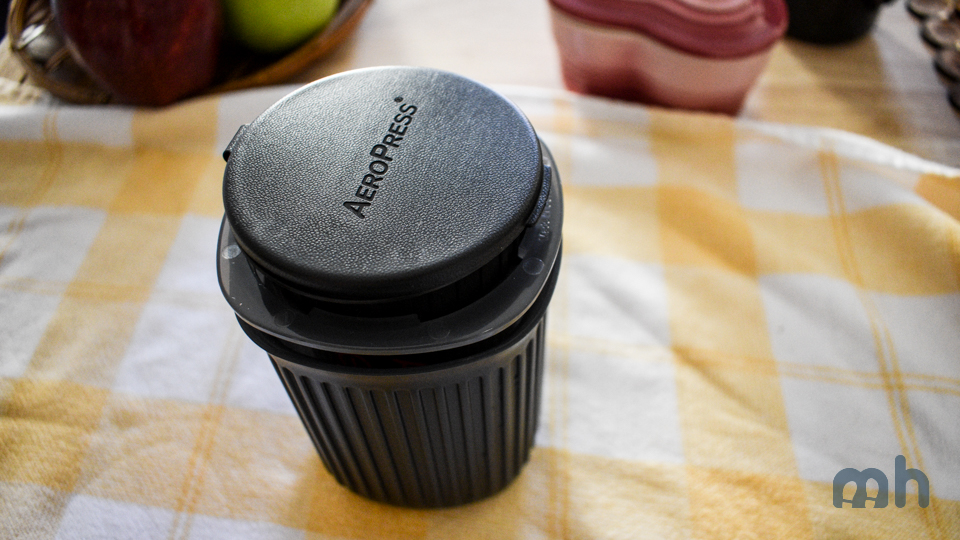 The filter cap lies on top when in storage, and is now a flat disc.

It's interesting to note that the mug is almost double the brewing capacity for the AeroPress Go (two batches would be 474 mL, but the mug capacity falls under that at 444 mL). If you're gonna go for gold and make two cups, one of the batches should fall slightly under full brewing capacity.

The AeroPress has never been great at making batch coffee for chugging—maybe look to a French press for that. But it always has delivered higher-quality, single-batch cups.

The accessories—the stirrer and scoop—have also been redesigned to fit inside the device when it's not being used for easy storage. The stirrer folds out, while the scoop has been elongated while allowing for the same amount of beans.

The original AeroPress was a bit big and bulky with the included accessories, and was only great with third-party accessories. We also often just ditched the stirrer and filter stand on the read, since these did nothing but add heft to the device.

Here are some photos for a visual comparison:

Notably, the same AeroPress filters are the same as the AeroPress Go filters, so there's no need to change that up if there's already some lying around the house.

Caffeine intake? That's about the same. ☕

Summary for those that are over-caffeinated* 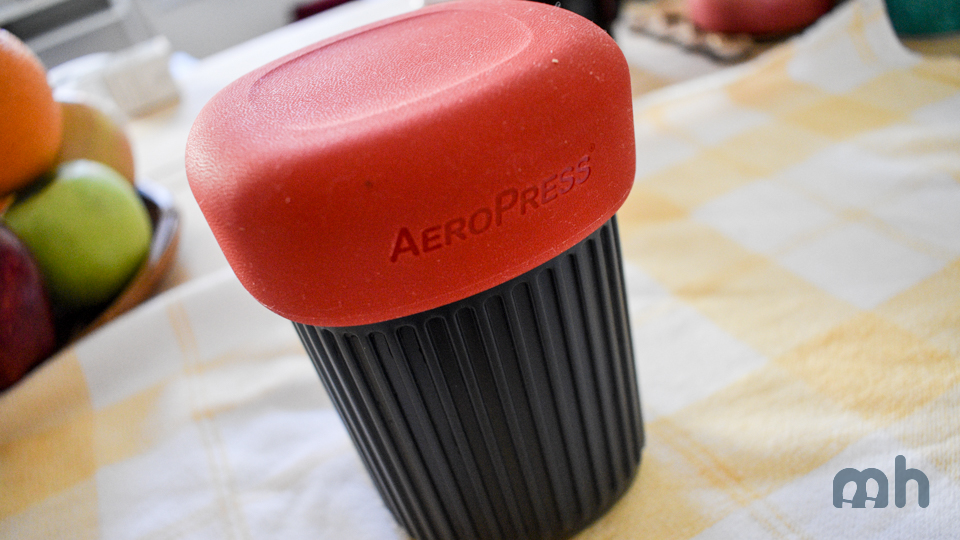 The AeroPress Go is even better than the AeroPress because its so much easier and more compact to store in a kitchen cupboard or a suitcase.