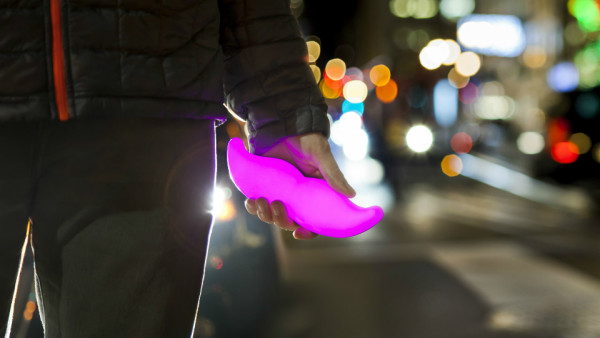 Next: comparing the cost of a space shuttle home. For now, let’s settle for comparing regular taxis, Lyft, Uber, Sidecar, Gett and anyone else who’s on the bandwagon.

RideGuru compares the cost of all car services between two destinations. Because who has time to keep track of all that anymore? It’s simple enough: just plug in two addresses and RideGuru will show all the prices side by side. Well, that’s what would happen if we lived in a perfect world.

Unfortunately, RideGuru is slightly better in concept than it is in practice, though no one can deny it’s a useful tool for approximating costs while accounting for moderate traffic. Still, I compared the rates between RideGuru, the official Lyft estimates and the official Uber estimates from the app to see if RideGuru could accurately represent the real costs. (Assuming the official estimates from these private car services are accurate themselves. I also took a ride around town to see how the real-life data held up.) 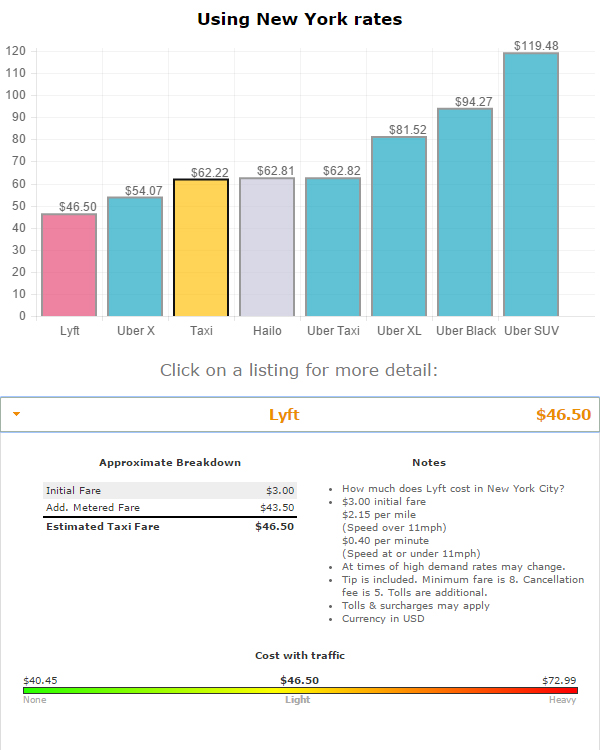 To make sure I just wasn’t getting one skewed market, I tapped in two different addresses for San Francisco and New York. The first trip was from a place I was staying in Brooklyn to JFK. As you can see, I compared RideGuru and the official estimates from both services below. In this case, the estimates for UberX seemed to be wildly off. I actually ended up taking a $39 Lyft Line to the airport. Fortunately for Lyft Line, it’s possible to see what the original cost would have been if I hadn’t taken the cheaper option. The original Lyft would have cost me $56, about $10 more than RideGuru or Lyft’s estimates.

The second trip was when I arrived in San Francisco. These estimates seem to be much closer to each other than the New York approximations. For instance, I know from personal experience that airport trips from/to my apartment usually cost around $32, dependent on traffic. This experience was pretty much spot on, except that it doesn’t take into account Lyft and Uber are literally at each other’s throats in San Francisco. (It’s currently possible to get a $15 ride to the airport by taking UberPool.)

For the most part, there did seem to be some discrepancy between RideGuru, the official estimates and the actual cost. It also doesn’t take into account any special pricing or promotions — like the fact that a ride between JFK airport and Manhattan, say for instance, are usually fixed rates.

Other downsides include the fact that it doesn’t compare Lyft Line or UberPool, two products both companies recently rolled out a couple of months ago. (Lyft Line and UberPool essentially let passengers share a ride with others who may be going the same way as you, for a discount. It’s only available in a few markets so far.)

Perhaps its main disservice is that there’s no app, which seems crucial when it’s 30 degrees out and it’s after dinner, and damn, you really shouldn’t have had gone for dessert. It’s also a striking contrast to the fact that all of these private cars are mobile-only apps as well. The company did explain to me that they are currently working on an app but it’s anyone’s guess when that will be rolled out.

But I guess it works if you’re just researching things like the price of a car from/to the airport or just trying to find a way to get to your next car rental. I’d eventually love to see it rolled out sooner rather than later and for the company to eventually fix its accuracy issue. But I guess I can’t solve the problem myself, so I’ll take when I can get.