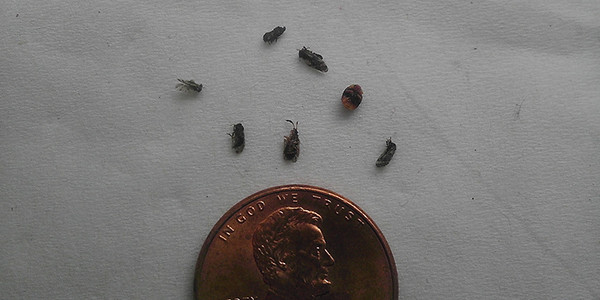 I tried to find the most ungagtastic picture of bedbugs for you guys possible, but every time I saw a picture of the buggers, I pretty much involuntarily vomited into my mouth. An apocalyptic asteroid could wipe off mankind and bed bugs would still rule the day.

Bed bugs are a particular species of bug: they are not any type of bug that creeps into your bed, though bugs of all kinds scare me. That is why I have not been to the Amazon. They’re like mosquitoes (including the blood-sucking bit), but are marginally worse because they live in your bed. The minute that the lights go poof! those suckers sneak up on you like a little bitch.

Being proactive while you’re traveling really helps in this case. Chances are, you won’t be the first to succumb to these nasty little monsters. Before you book your hotel, definitely Google it (preferably in conjunction with the term “bed bugs”) and read reviews on for what others have to say. That way, you won’t get any unwelcome surprises.

The next step includes inspecting your bed when you check-in. Here’s the problem: You need to know what they look like. And what their shedded skins (ew) look like. And their poop, which is bound to contains bits of your hemoglobin. Which is why I’m letting this relatively unsqueamish YouTube video show you because I refuse to get near one or Google another picture of the creepy crawlers feeding.

Frommers suggest that you pull back the covers of the bed and inspect under the linens and pillows:

Use a flashlight if necessary. Look in the seams and sides of the mattress, box spring, and frame, and then check behind the headboard. The majority of the pests away from the bed will be within close proximity: under and around nightstands and lamps, and in the pleats of upholstered furniture (a favored hideaway) and drapes. The bloodsuckers can also reside behind wall hangings, such as mirrors and paintings.

But that’s a lot of places to look. And a lot of text to read. The Frisky has an easier trick to find out if there’s an infestation:

…One bed bug exterminator I talked to recommended this trick: always bring a hairdryer with you. Turn it on and blast slowly around the headboard and head side of the mattress. If there are bugs there, this will bring them out of hiding.

That means, ladies! Your hairdryer is good for something and you now have another reason to pack it! Don’t you love me? Anyways, there’s a couple of other things you can do. For instance, don’t ever put your luggage on the floor or bed. Instead, an elevated surface is best so the bugs won’t jump onto your bags so easily. (And as a bonus, your suitcase/backpack stays cleaner for the germophobe.) In this case, it’ll be easier to spot bed bugs on suitcases that have a hard glossy surface for obvious reasons.

You can also keep your clothes or toiletries in Ziploc baggies to sort out your stuff. Here’s the thing, though: it’s not the initial bite that’s so bad; it’s the ensuing paranoia. Assuming that you’ve done everything a normal and sane person could realistically do, sometimes you just don’t win. If they’ve somehow managed to latch on to you, you’re going to have to do something about it and that, well, probably requires fumigation.

It has to be said, but common sense dictates that you do not bring the infected stuff into your house. If you’ve been intimately acquainted recently, what you can do is roast them until they die. Bed bugs die when subjected to 120°F/45°C heat for two hours. (They can go into hibernation if you freeze them, so don’t even think about it.) If you’re going to cook your home, be sure you aren’t going to set your house on fire. Throwing your clothes in the wash and subjecting it to high, high heat is a far different thing. In the words of Tim Gunn, do what you need to do. Make it work.

Sadly, the last thing you probably need after you get rid of them is peace of mind. That might take a while, and, unfortunately, no one’s got a cure for that. 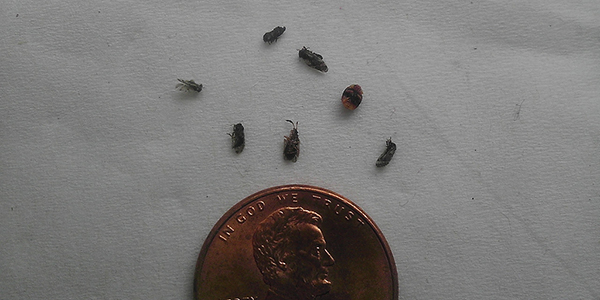