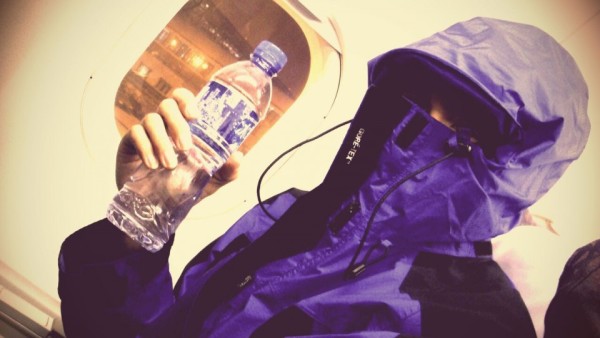 Earlier this year I broke my foot a couple weeks before a stint of traveling. I was determined not to change course, though, and limped on and off many flights. (Did you know there are people employed at airports just to transport people in wheelchairs?)

There was also the time I took a flight sniffling harmlessly and came off with an excruciating pain in my ear that required a week of snorting nasal spray to cure. What I learned from my thankfully rough-but-bearable experiences of traveling in less than perfect health is that even if you're relative good to go on the ground, flying and changing altitudes change the game.

There are some situations where it's up to you whether you want to fly, others where it'll be fine yet painful and still others where you really shouldn't move from bed. Hangovers, though, you'll just have to fight through.

(Just to be preventative, the minute you think illness might affect your travel itinerary, get a doctor's note. While some airlines like Southwest won't charge you a rebooking fee for health reasons, many, including American Airlines, will. Most say they'll consider waiving the fee on a case-by-case basis and that doctor's note could be your best defense. Chances are, though, if you look like shit you can probably appeal to the gate agent’s sense of humanity. Trust me, customer service reps really don’t have it out for you if you look like death incarnated.)

If a wheelchair will help, request it. I quickly learned to put my pride aside when I almost missed a connecting flight because I was too slow to get through the airport with my boot. You can get hooked up at the check-in desk and there will be one waiting for you when you disembark. Tell the ticketing agents about your plight, too, and see what they can do to accommodate you. When you're in the air be especially mindful to keep your circulation flowing: get up, stretch, etc. Trust me, it’ll make a difference.

You should be fine if you’re nursing an injury like a broken bone or sprain. Where things tend to get complicated is if you’ve recently had surgery. Definitely consult your doctor if you plan to fly around the time of surgery, whether it's an operation on a bone or joint or LASIK.

Sometimes the common cold hits like a truck, but precisely because it's so common no one seems to give or get much sympathy for it. It's all business as usual, except with your head in the clouds and not in the nice, dreamy way. For sinus issues, the pressure already hurts like hell at water level, let alone ascending through the stratosphere. But while it might not be fun, you can still fly as a passenger when plagued by both. (Pilots, in fact, are told not to fly planes when they have a cold or are coming down with one because the pressure changes can, well, mess with their heads.)

Know that flying can exacerbate your conditions, so be prepared with an arsenal of remedies for before, during and after the flight. FitSugar has a thoughtful list with tips about how to make flying with a sore throat, sinus pain and the works more bearable. Be prepared with your best apology face, too, because neighboring passengers probably won't be too appreciative of those five-in-a-row sneezes.

If you have a cough that could be cause for concern and are about thinking getting on the plane, give yourself an honest assessment and think about seeing a doctor. You don't want bronchitis at the beach or to go through the hassles of dealing with a foreign medical system.

According to the CDC, a fever of 100° F alone isn't worrisome enough to keep you from boarding. Their Travelers' Health information says you've best stay put on the ground if your temperature is spiking and you can tick off one of the following:

Even thinking about trying to fly with the flu is enough to make me want to curl up in my bed forever, but apparently two-thirds of Americans would still fly knowing they had the flu, according to an online survey from the National Foundation for Infectious Diseases. Doctors' orders are unanimous on this front, though: No one should fly with the flu. It's so contagious that a cough, sneeze or even talking from someone with the flu can spread the bug to people up to six feet away. I’m sure someone here has seen Contagion.

Even if someone manages to drag their fluish selves to the gate, they might not get on the plane. Since the swine flu outbreak a handful of years back, airline staff are especially wary about having sickly passengers traveling with good reason. It's totally within their right and power to deny boarding to anyone they think might infect others.

The CDC says flying is a no-go for those with stomach injuries and recent stomach surgery. If it's something like Montezuma's Revenge taking its course, it'll be uncomfortable but it's totally your call. But remember, if you're looking particularly pallid they might not let you on the plane.

In the end, when you're under the weather and weighing whether to fly, consider this rule of thumb: Would you be OK sitting near someone in your condition on the flight? We're all sharing the same recycled cabin air — in good health and bad. 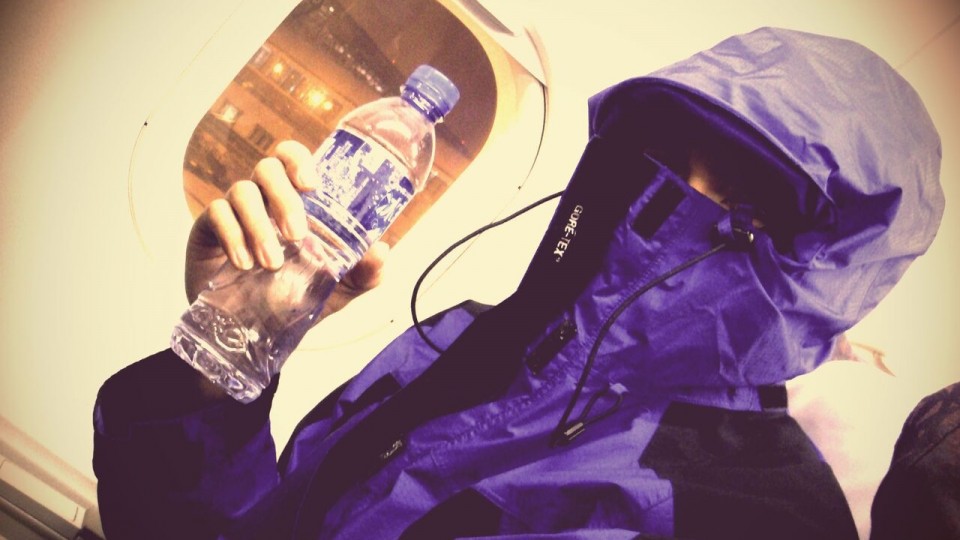