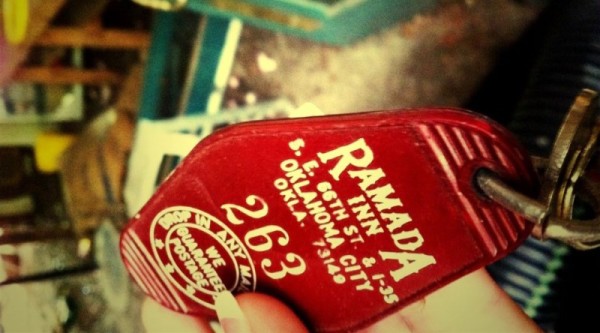 An actual study has now confirmed what I’ve known all along — that paying for Internet is highway robbery. It would seem that expensive hotel chains offer the worst Internet service compared to their cheaper counterparts. You don't always get what you pay for.

The study, which was released by Hotel WiFi Test two weeks ago, found budget-conscious accommodation providers gave customers the fastest and the most accessible Internet. In fact, if you’re looking to get some work done, you should be checking in at the nearest Novotel or—I’m not joking—the nearest Quality Inn, which offer the service for free. Independent hotels also fared well.

Chains like the Sheraton, Marriott and Hilton didn’t perform as well, offering free Internet in less than 31% of their properties. To add insult to injury, when it was offered, speeds often failed to match up to other hotel chains. The two main factors the study took into account was whether a traveler had to pay for Internet and the network’s actual speed. (You have to stream Game of Thrones somehow, right?)

Somewhat obviously implied, Hotel WiFi Test tests hotel Wi-Fi throughout 706 cities in the world. Though it was unclear how many of a hotel chain’s properties were tested, the study offers an interesting perspective of Wi-Fi across the hotel industry. According to the actual data, the average hotel chain offers free Wi-Fi about 80% of the time with a connection averaging around 6.97 Mbps.

So here I present to you a mildly boring looking (but informative!) chart that shows how chain and independent hotels hold up their end of the bargain. 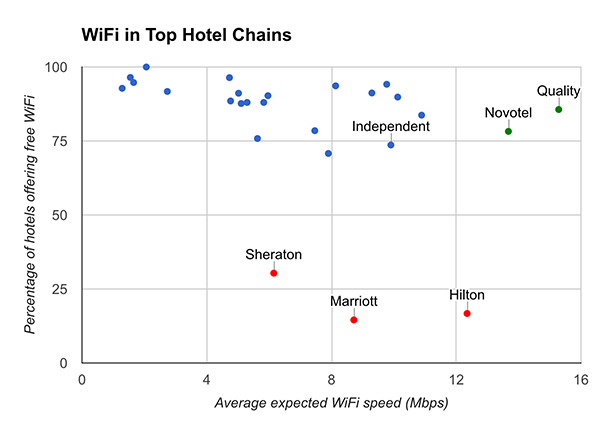 Finally there’s a sexy reason to be budget-conscious and practical. Now leave me and my 1,000-count sheets at the Hilton alone.