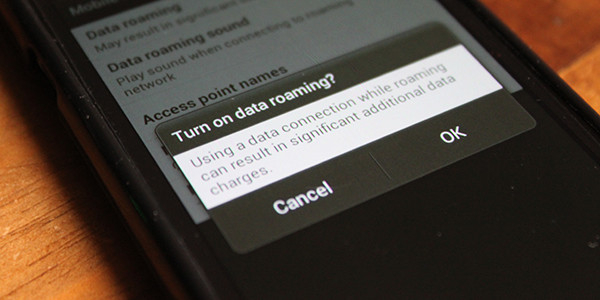 Last Wednesday, T-Mobile dropped a bombshell that pretty much shocked everyone. Starting on October 20th, which is less than a week from now, the telecom company will be completely getting rid of any international data roaming charges. It is now unbelievably all free, and to make things, even better, all international calls will be at a flat 20 cents per minute.

Though 20 cents per minute is still pricey for most major countries (unless you’re making a call to the Philippines or to Albania!), the amazing fact really is that they’re making all calling rates standard. It’s a completely unprecedented move by any of the major U.S. carriers. But for those who have been calling abroad regularly for quite some time, most people should realize that it is still cheaper to call through Skype or Google Voice, where the price is often much, much less than 20 cents.

The free data roaming only comes included with a postpaid Simple Choice plan, which coincidentally now happens to be completely identical to the carrier’s prepaid plans in terms of minutes and data. Though there is no annual contract with either option, data roaming is conspicuously absent with prepaid. (You also still have choice of either bringing your own phone or paying a monthly installment for a phone through a Simple Choice plan.) Unless you have needs that require you to have something even more flexible, the Simple Choice plan is now the undisputed winner if you’re trying to decide between the two.

While I’ve sorta have developed a strange attachment to my collection of prepaid SIM cards, I am thrilled that I can finally ditch my habit of buying local SIM cards whenever I travel to another country. And since clearly I’m an Internet addict, I often use the overseas data more than I do to actually call local numbers. That’s not to say you still can’t get in touch with actual people: you can still make texts through Google Voice and Whatsapp or make calls through Google Voice and Skype. There really is no excuse for being completely out of commission these days.

Coverage doesn’t include the entire globe, though; so it’s a good idea to check which of the 115 countries are included before you just randomly ditch your phone plan. I noticed, for example, that some countries were conspicuously absent, and that there were huge gaps in its African coverage. Likewise, when the switchover happens I will be in Jordan, a country not covered on the list. Most major countries seem to be included, though. Excluded countries will continue to incur the high, standard roaming charges.

About the only other sucky thing about the whole deal besides the fairly incomplete coverage is that data speeds aren’t guaranteed. T-Mobile 4G speeds tend to run on atypical frequencies than used elsewhere1, and depending on the country, the best you might be able to get is 2G. While I suspect I would be able to pick up at least 3G speeds about most of the time, there are definitely going to be places where it’s not going to happen. In that case, local prepaids still reign supreme when it comes to ensuring that you’re surfing fast on the information super highway.

At any rate, all I have to do is wait for three more hours when everyone else in the U.S. is awake and I can switch over my plan! 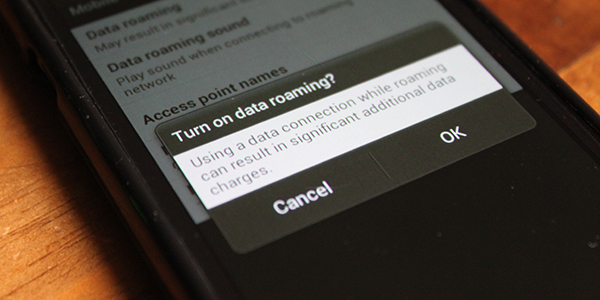