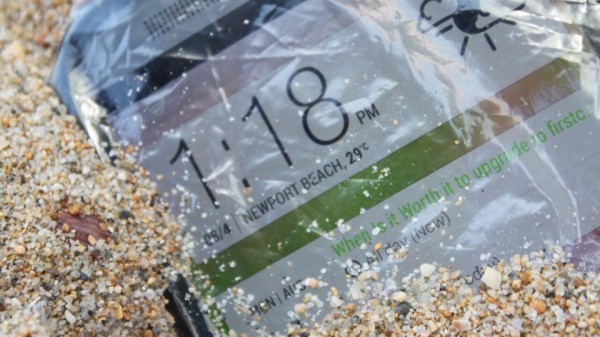 This weekend, I was on the beach sipping a margarita when a volleyball knocked my drink down. I watched in horror as the liquid pooled around my $700 phone. I should have known to dump it in a Ziploc bag.

I like to live a little bit on the dangerous side so this usually means I barely have travel insurance and, at most, usually only have a basic case on my gadgets. My iPad mini still flies naked in the face of danger. Naturally, this means when I’m frisking around the waters of Newport Beach, I gave less than a second’s thought to bringing my smartphone. (It's ironic that I’m currently testing several waterproof E-Cases but forgot them in the excitement and prospect of an actual beach.)

Besides being a relatively cheap fix ($3.23 for 50 “cases”), the neat thing about the Ziploc bag trick is that the touchscreen is still functional and operable through the plastic without ever having to remove the phone. Just about the only thing you can’t do is make actual phone calls through the bag. You know, that thing phones were originally made to do. But I suppose that's why text messaging was invented.

The normal sandwich bag should work for most phones but large phones will probably need a quart-sized plastic bag in order to fit comfortably. My HTC One M8—whose length spans 5.78 inches or 14.7 centimeters—had some issues fitting easily into a normal Ziploc but, after some creative finagling, managed to fit inside. Just one more reason why phablets are ridiculous.

Sand and water are probably two of the worst elements an electronic device can endure. Beaches are full of them. Beaches are also full of gossip, good ol’ fashioned music and an occasional work email or two if you’re me and run your own travel blog. Let’s face it, we don’t live in the Stone Ages anymore, as I much I’d love to temporarily believe. And how's this for a miraculous happy ending? My phone is still alive and kicking.

Just don’t think this is a total replacement for dunking your phone underneath the water; it’s just a temporary fix from Mother Nature destroying some very expensive doodads. 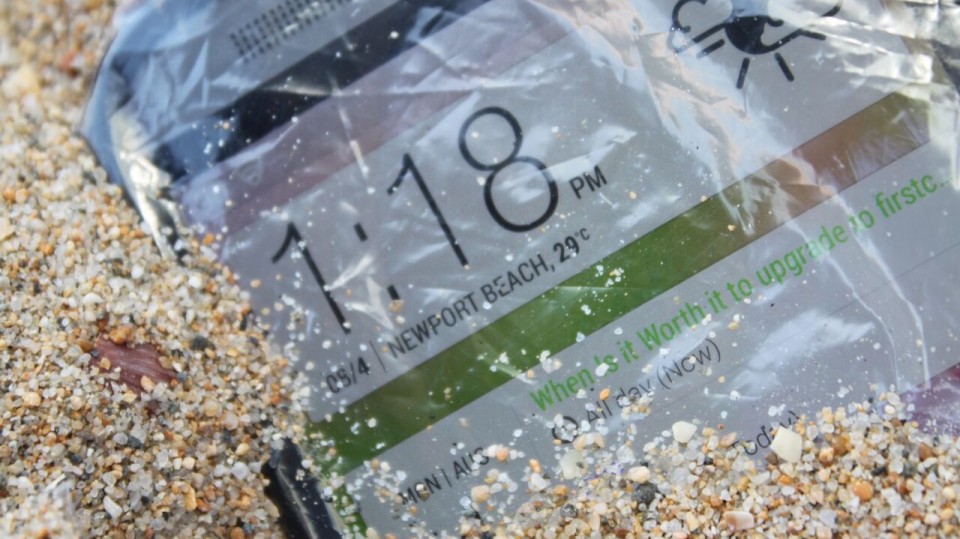