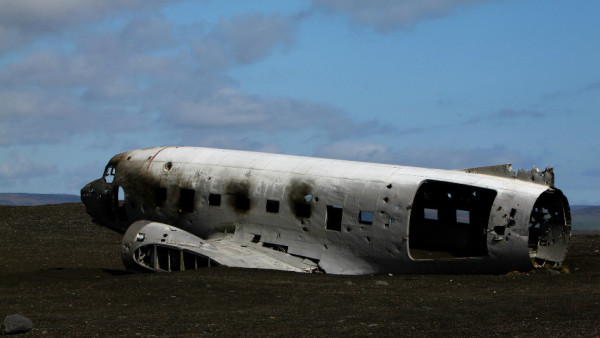 Is it a strange coincidence that all major fatal commercial crashes last year involved a Malaysian airline carrier? The answer could be rooted in an old cultural theory that looks at how pilots and first officers operate in emergency situations.

By this point, it’s terribly clear: Malaysia Airlines had a horrible string of accidents last year. Despite the fact 2014 was one of the safest aviation years on record, they kept running into an unusual string of bad luck. I remember being befuddled, with the Asian carrier’s reputation for excellence, when MH 370 disappeared off the face of the earth with an able captain and seasoned crew. Just when things couldn’t get worse, MH 17 got shot down in contested Russian and Ukranian airspace three months later. Let’s not forget that the other major air accident for 2014 involved AirAsia, a Malaysian-based company and operator. 1.

In Malcolm Gladwell’s Outliers, Gladwell studies the interesting case of Korean Air. The airline, which now has a solid reputation, was seemingly cursed with a terrible safety record. On September 1, 1983, one of their Boeing 747s wandered into Soviet airspace. What happened next sounds a bit too familiar — it was shot down and killing all 269 people onboard.

Gladwell contends in his book that perhaps the biggest differentiator in aviation accidents aren’t necessarily related with pilot experience, plane type or even the nature of the mistake itself — it has to do with culture and how that affects communication with the two most important people sitting in the driver’s seat. In particular, he references the work of Dutch psychologist Geert Hofstede, best known for his work on cross-cultural communication. Hofstede pioneered the cultural dimensions theory, which describes how much a company values authority and how much emphasis it places on the community. It provides the basis for how pilots operate in emergency communications and, why, now, a Malaysian carrier may have just been more prone to it than a British carrier.

Though there are several factors, Gladwell suggests the most relevant attributes to consider in aviation accidents are a country’s power distance index and its placement on the individualism-collectivism scale. The power distance index refers to how well a particular culture values and respects authority (the higher the number, the more respect is given to those in power) while the individualism-collectivism scale refers to how much a society respects individual or more community-oriented goals (the lower the number, the more collective a society is).Though it doesn’t seem like it, this can affect piloting several ways. Planes are flown with a captain and a first officer, should the captain need assistance during the duration of the flight.

More or less, we’re talking about the power relationship between a boss and an employee. In other words, bosses rarely have to mince words with employees. But when you’re challenging the opinion of the man in charge, things can get a little tricky. To back up this argument, Gladwell reports that linguists Ute Fischer and Judith Orasanu once conducted an experiment with a few captains and first officers. In almost all cases, the tendency was for lower-ranking employees to mitigate the concern and the first officer-captain relationship was no exception. In descending levels of mitigation, subordinates can (1) command (zero mitigation), (2) make an obligatory statement, (3) suggest, (4) question, (5) state a preference or (6) hint to their superior as a last-resort. Interestingly, almost all the first officers chose to hint. 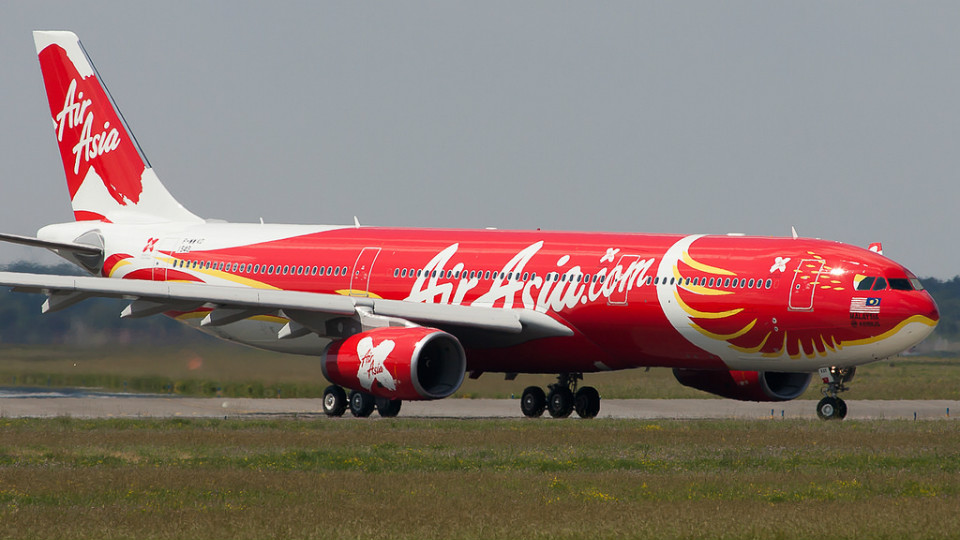 Not a good year for AirAsia either. (Clément Alloing / Flickr)

Even Boeing chose to release a study on the topic back in 1994, noting the two factors—particularly countries with large PDIs and low individualism—seemed to correlate with carriers with the highest accident rates. In this old Washington Post article, accident rates seemed to be 2.6 times greater than those at the other end of the scale.

Does this say something about Malaysia as a country? To test Gladwell’s theory, I’ve taken and sorted out Hofstede’s latest data from 2010, to see if there is indeed some substance. Ranking for countries with the highest PDI, Malaysia unwittingly ties for first place with the Slovakia with a score of 104. (The social sciences aren’t always like the hard sciences. If you normalize it for 1 to 100 scale, Malaysia shifts to 100.)

To see how this played out even further, I took the differences between the two scores for the top 10 countries and calculated out the average of the differential (62). I then looked at the countries with the highest deviations from that number to figure out the extreme countries, which ended up being Guatemala, Panama and Malaysia, respectively.

But just because there’s a sudden string of Malaysian airlines crashing doesn’t mean the country is plagued with bad carriers. Malaysia Airlines has ranked highly with Skytrax—sort of like the Michelin guide but for airlines—very consistently as a five-star and four-star airline. In fact, it managed to garner five stars for nine straight years until last year. AirAsia, an airline I’ve actually flown regularly with, has won Skytrax’s award for World’s Best Low Cost Airline for six straight years from 2009 to 2014. All the cultural indicators seem to suggest is that when mishaps do happen, the mistakes are more likely to spiral out of control.

In fact, there’s a third “dimension” to Hofstede’s theory called uncertainty avoidance which Gladwell mentions that may play a bigger role than the power distance index. Robert L. Helmreich, who was a psychology professor specializing in aviation safety at the University of Texas at Austin, wrote a paper called “Culture, Error, and Crew Resource Management” in around 1999 where he mentioned:

…[uncertainty avoidance can be] redefined to focus on the beliefs that written procedures are needed for all situations and that an organization’s rules should never be broken, even when it might be in the organization’s best interest (Helmreich & Merritt, 1998). This dimension…can have both positive and negative implications. Those high on it may be least likely to deviate from procedures and regulations but may be less creative in coping with novel situations. Those low may be more prone to violations of procedures, but may be better equipped to deal with conditions not covered by procedures.

Helmreich went on to test pilots from 22 different countries to see where they fell on this metric, seeing how strict they would be to adhere to written procedures. Korea, Cyprus, Brazil and Malaysia rounded out the top four respectively. Clearly, emergency situations require more improvisation sometimes and often can be the fundamental difference between surviving and dying.

That’s why it’s important to take a look at prior track records. Before 2014, Malaysia Airlines had only been involved in two fatal incidents since 1977. According to the Bureau of Aircrafts Accidents Archives (B3A), a Geneva-based organization that works regularly with governmental agencies, there had only been four incidents total, giving Malaysia Airlines a 50% fatality rate during accidents. Once you factor in the 2014 crashes, that fatality rate goes up to 66%. So while Malaysia Airlines may flub a lot when it comes to handling accidents, accidents rarely happen. To give some perspective, Aeroflot, Air France, American Airlines and United Airlines have the highest death rates per operator (more overall deaths). But yet Air France, American and United are hold a better image with the public2.

All in all, if we were to go off this cultural theory to predict which airlines are most likely to suffer another fatal accident, it would be extremely flawed. I’d expect highest death rate per operator to correlate with Hofstede’s data. That is, in fact, not the case at all, with Russia, Air France and the United States having the highest number of fatalities. The power distance index doesn’t account for how vigilant airlines are about safety and precaution, though it does seem to do a good job of suggesting which airlines have the hardest time dealing with emergency situations when they do arise. In terms of that, it’s not surprising to see Panamanian and Russian airlines struggle.

Malaysia wasn’t an outlier in terms of aviation accidents last year. It’s only an outlier in the sense that their accidents, when they do happen, seem to be extremely fatal. 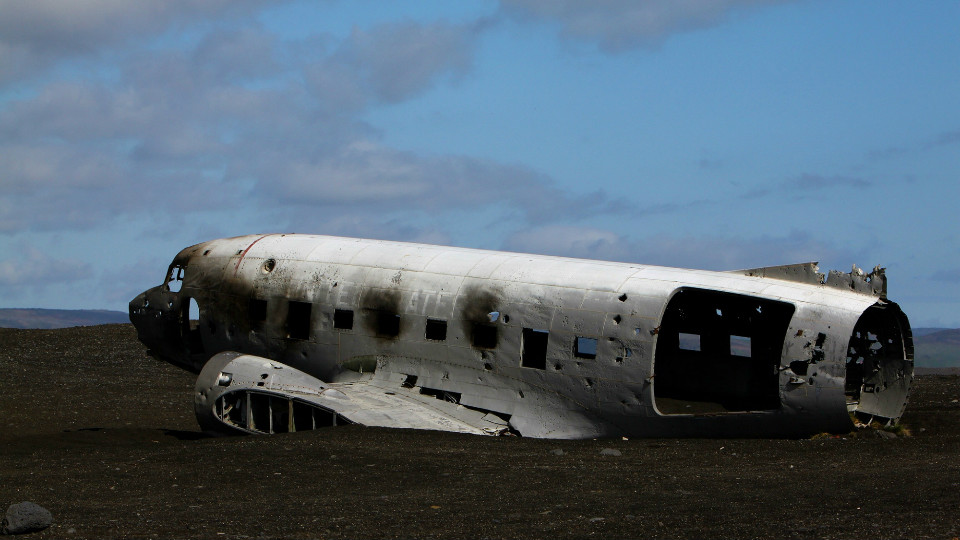