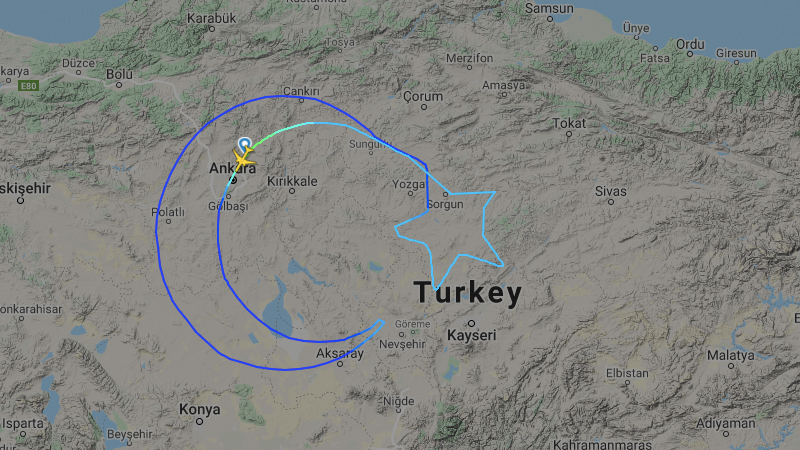 One Mile at a Time recently posted this neat little tidbit: Today, Turkish Airlines flight TK1920 drew the Turkish national flag to commemorate the 100th anniversary of the Grand National Assembly of Turkey.

It's even neater that Turkish picked flight number 1920 to recognize the anniversary (the formation of the Grand National Assembly of Turkey happened on April 23, 1920).

Though airlines have done stupid things like this in the past—I was once on a 2-hour flight that went from LAX to LAX 🙄—this literally actually makes my heart swell in times like these.

Flightradar 24 has the full details of the flight on their website, and aviation geeks can head on over there to play and follow along with the route.

For those unfamiliar with Turkish history and politics,  the Grand National Assembly is Turkey's version of Congress. Its formation marked Turkey's modernization from the Ottoman empire into the republic it is today. (Turkey's national day is October 29; it wouldn't be until three years later the republic was formally established.)