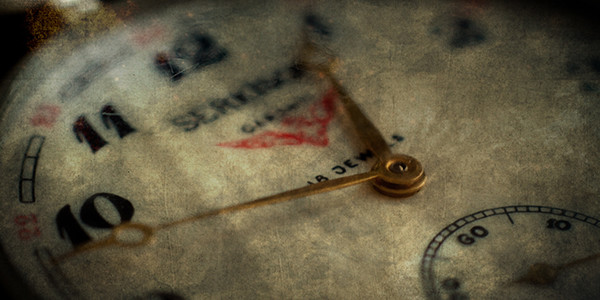 Fortunately, I wrote the primer for this one. Unfortunately, it actually happened.

People lose their passports all the time: they just plain can’t remember where they put them (apparently!), they get stolen, or in my case, they just get plain forgotten on a bus after a weekend trip with the girls to the Chinese border. Oops. Yeah, it was dumb and I know it. Yeah, abroad.

Fortunately, if you’ve lost your passport, you can rest assured my case was definitely an almost completely-worst-case scenario so you can probably breathe a little bit. In addition to my passport, I had lost nearly everything: all photo ID, Social Security card, my keys and all my money. Better yet, I was scheduled to leave for Vietnam in just under 48 hours – with my newly acquired visa.

Step one, however, is to call the police, and that’s exactly what I did from a pay phone like the good girl I was. I reported the entire incident and in the end, somehow managed to get my landlord to come to unlock my apartment. Once I had access to my things, it got a little bit easier. I managed to grab a backup hard copy of my passport that I had made a few years ago. This was the pivotal step in facilitating things a lot faster: I finally had one form of unofficial photo ID.

This proved to be a virtual godsend later. Using the measly printout, I managed to convince a bank teller to let me withdraw money and later proved my case at the nearest U.S. embassy later in the afternoon (with a copy of the police report). Here’s the thing: my consulate was just a mere 20-minute subway ride away; it’s entirely possible you’d have to go to another town or city just to visit the consulate. And yes, there’s no two ways about it: you have to come in person.

You can show up unannounced or with an appointment, but in typical I-have-a-plane-flight-tomorrow-morning-omg-I’m-freaking-out fashion, I walked in and somehow managed to breathe out that I had an emergency. Most consulates can issue citizens a temporary or emergency passport. If you’re really lucky, they can even do this within the day, though it can take a wee bit longer according to the New York Times. It’s will cost you more than getting a new passport though (about $135) and you’ll also need two passport photos like if you were getting the real deal.

Wait? You mean I have to pay for another permanent one when I come back to the States? Actually, you don’t. Once the temporary passport is issued, the consulate office will issue you a letter that you use to apply for your new passport. This letter allows you to apply for a new passport for free as long as you apply within one year. If you need an expedited passport when you return, you only pay the expedited fee. Your old passport will also be officially voided, and you’ll need to turn it in to the authorities if you ever find it.

There are a few differences between a temporary and permanent passport, mostly in how long they are valid for. Temporary passports are valid for only a few months or up to a year, depending on where you need to go. In my case, I got one for six months – just long enough for me to catch my flight the next day and my return to the U.S. a few weeks later. You can also get visas in temporary passports, just as how it would function in a normal passport. In my case, I ended up managing to speed up a visa-on-arrival service, which ironically, ended up being cheaper than going through the embassy. (Keep that in mind if you’re ever going to Vietnam.)

They also look slightly different, so it’d be wise to allot extra time for going through airport immigration and security. Most of the time, though, it was no problem aside from most officials curiously asking what had happened to my passport. (“Um, it was stolen.”) For extra paranoia purposes, I had even loaded up my police report to prove my situation, but I never needed to pull it out. At this point in the article, you can insert an eight hot, fun-filled days in Vietnam and Singapore before I came back home, but that’s another story that involves a lot of condensed milk coffee.

Generally, though, don’t be surprised if you get detained coming back into the United States, which is exactly what happened. Since the old passport is reported as lost to the Department of State, immigration has to do some extra work on their end just so you don’t have anyone masquerading as you coming in. Weirdly enough, temporary passport numbers tend to get “recycled,” (as I was told) causing the need for extra security. Sure.

I eventually ended up replacing my previous a passport with a brand new spanking 52-page passport, though I still sometimes wonder if it even ended up on the black market or worse, a trash can, somewhere. (Who knew I was so valuable?) At any rate, it’s a good idea to vigilantly check your credit history if it ends up happening to you.

Trust me, I didn’t lose the passport just so I could “test” what I had written for. But hey, consider the information verified and the experience filed.