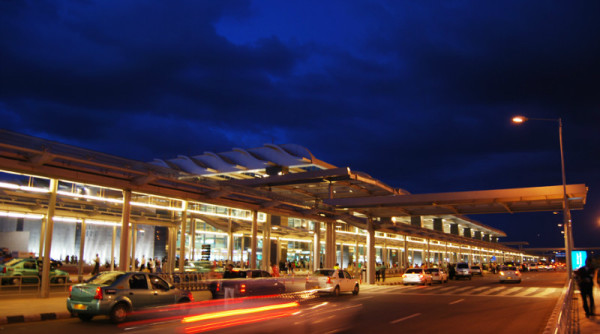 It's almost always more expensive renting a car from the airport versus picking it up in town. Just go to town.

My fiancé and I were in Denver during Martin Luther King weekend and, unfortunately, walking is just not an option in Colorado. I also had a suspicion that the car rental agencies at the airport would also try to gouge us, from the extra convenience, demand and the fact airport taxes can also be levied on travelers. It was time to see if this was true.

To illustrate the price difference between airport rentals and city rentals, I ran several searches to see how they compared. I usually default to Costco Travel since it searches the top rental car companies and provides exclusive discounts to members. You do need a Costco membership to use this site but the side bonus is that it includes a second drive for free. The stipulation is that the driver also has to be a Costco member but the policy is rarely enforced.

[The great advantage of Hotwire and Costco is that you can book your reservations without having to pay in advance. It’s also possible book multiple reservations and by checking often, you can sometimes find lower rates and cancel old bookings. For what it’s worth, AutoSlash will somewhat do this automatically for you even if it doesn’t account for Costco discounting.] 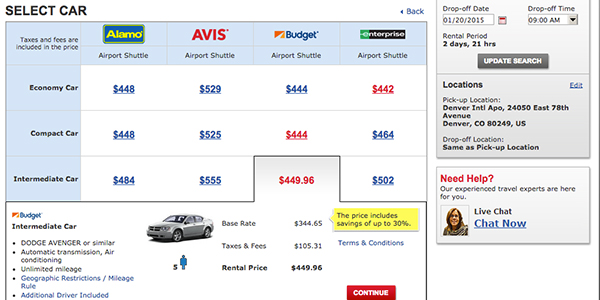 Prices at the airport.

In our first search, Costco Travel pools the best price: Budget for $449.96. That's more than 2 plane tickets and I only paid for one! Hotwire has Intermediate cars for $146.52. However, upon closer inspection, it's with Payless and they have consistently embarrassing reviews. Suspect. 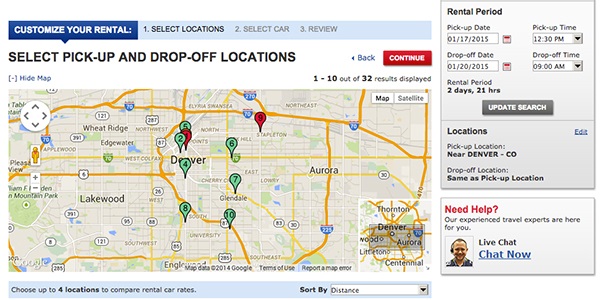 It's good to know where everything is.

Simply change the pick-up location to the city instead of the airport in the search tool and select the locations closest to the airport. In Denver, an Intermediate car is $146. On Hotwire, the lowest rate is $126.5, but after mapping the location, I see that it's in south Denver, far far away from the airport. I also see that the Quebec Street location is the same as the Costco pick-up and the Hotwire price is $20 more expensive. Costco it is. 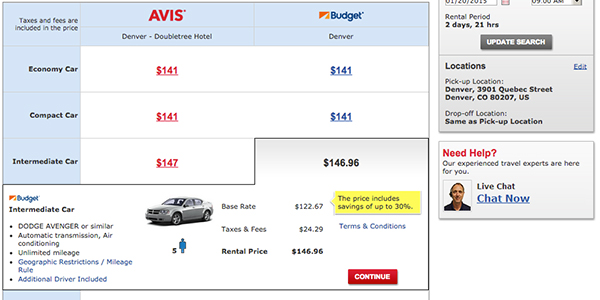 Prices in the city.

Just in case, I use the Hotwire compare factor to see if I'm getting the best deal. Still, Costco is cheaper by $20.

But how do you get to the pick-up location without a car? Turns out most car rental agencies offer free pick-up and drop-off (schedule it beforehand) within certain distances. If that’s not an option, cities like San Francisco, D.C, Seattle, Vancouver, New York have solid public transportation options.

In cities like Denver, the best option is car sharing like Zipcar or services such as Uber and Lyft. Let’s compare private car services for a moment here. A one-way ride from Denver aiport to Quebec Street is $33 through Lyft, not including tip. The cost is $31-$41 through Uber. So total cost for a rental car for our trip would be (without tip and gas):

The original cost of picking up a car through Costco at the airport was $449. That's roughly $237 in savings.

If you're not in a hurry, renting a car from inside the city instead of the airport can be a great way to save some monies. Even so, because you're picking up a ride from the airport, you also won't have to wait as long—ever hung out at the LAX rental counter?—since airports are the place to be for taxis. I once booked a ride as I was getting off the plane and the car was waiting outside when I got there. 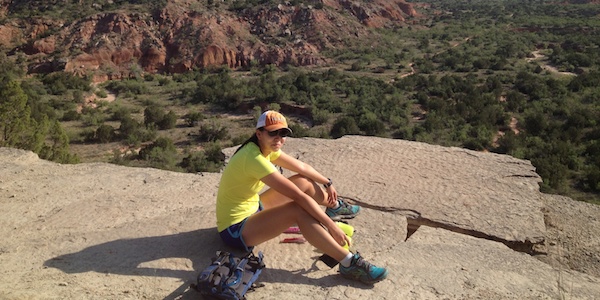 I'm a teacher by trade, plotting my escape out of the classroom and into the world. I enjoy climbing, hiking and playing outside.